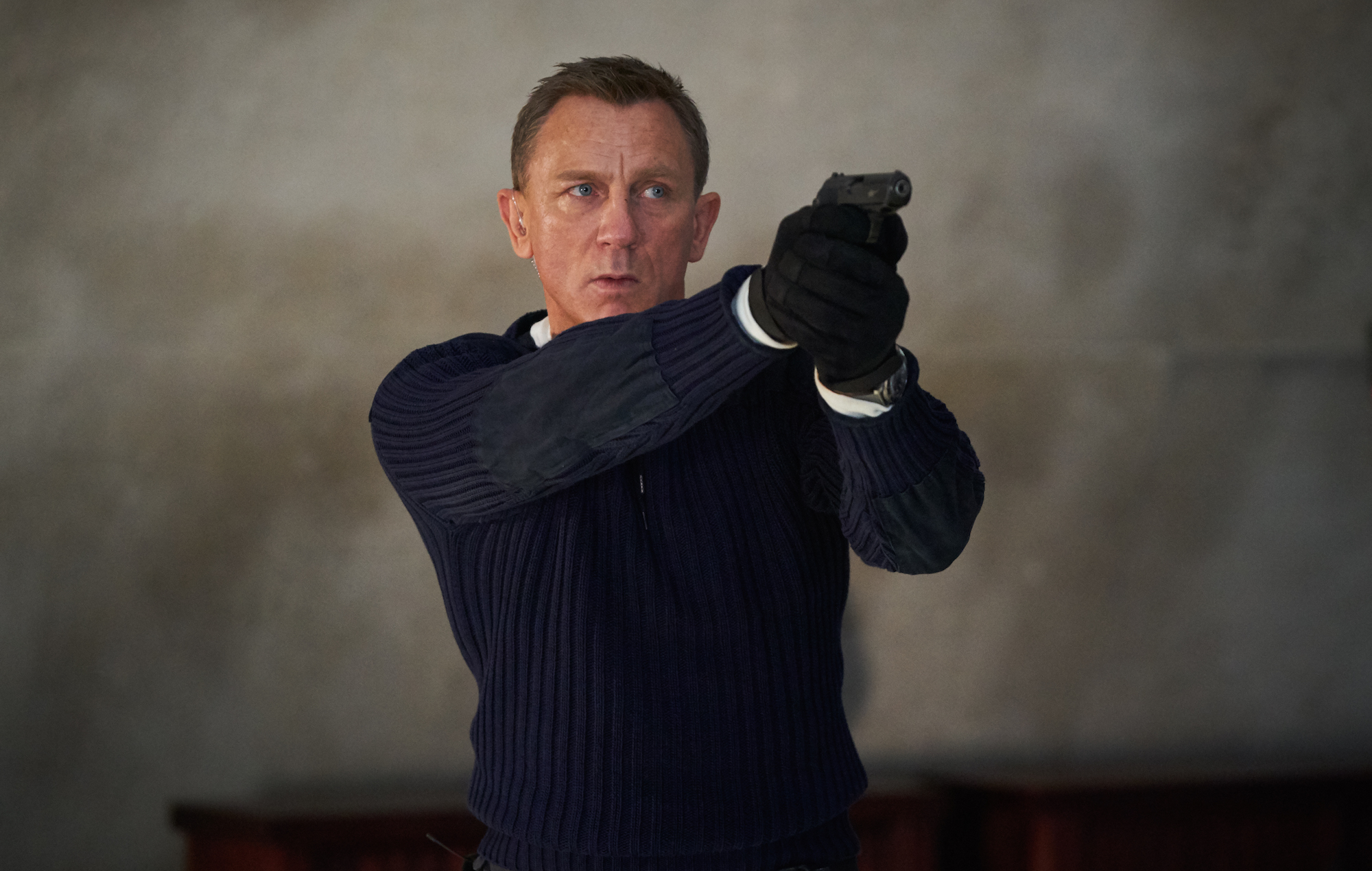 It’s that time of the year again (ie the beginning) when we take a look at what new offerings will be hitting the cinemas in a flurry of hype, online debate and, for some, mocking Rotten Tomatoes scores. But before that all happens we are in that golden period where we have hope… just a little, that the trailers will live up to the final film and we will be leaving the cinemas with a smile on our faces. As Dostovesky once said… “To live without hope is to cease to live”. Yeah we Googled that… let’s just get on with it…

No Time To Die

Daniel Craig returns for his fifth and final outing as the infamous British spy, James Bond. The movie will not only close the current storyline and Craig era, but act as a franchise milestone – the 25th Bond movie to hit the big screen. You only have to look as far as the trailer to understand why this could be the most action-packed Bond to date. Craig faces a new challenge in cold and mysterious terrorist leader, Safin (Rami Malek) along with a returning nemesis in Blofeld (Christoph Waltz). Bond 25 has all of the right ingredients of a gripping farewell for Mr Craig.

Almost a decade after first taking on the role and eight Marvel movies later, Scarlett Johansson’s Natasha Romanoff finally has her own spin-off with Black Widow. Set after the events of Captain America: Civil War, Black Widow also stars Florence Pugh (off the back of a phenomenal year in cinema), David Harbour and Rachel Weisz. Pugh has denied that Black Widow is ‘passing the torch’ from Johannsson to herself, but we’ll just have to wait until 1 May 2020 to see which rumours win out.

The devil is in the retail – or at least it is according to Michael Winterbottom’s latest feature starring Steve Coogan as a multi-billionaire high street retail mogul. Coogan, playing a not so subtle caricature of the likes of Arcadia’s Philip Green, looks set to shine – and not just because of his OTT pearly whites.

It’s a Christopher Nolan movie so of course we know f*** all about the plot. And the trailer isn’t exactly helpful but seems to involve some sort of time travel… whatever, we’re on board. The star-studded cast includes John David Washington, Robert Pattison, Elizabeth Debicki and Sir Michael Caine.

Margot Robbie is back in the R-rated Birds Of Prey, meaning that Harley Quinn may have developed a little since 2016’s Suicide Squad. Robbie pitched the idea to Warner Bros. Pictures herself and also produced the flick which, in a plot not too dissimilar to The First Wives Club, sees Harley Quinn stepping out from The Joker’s shadow and forming a Gotham girl gang. Just as Ryan Reynolds shook off the shaky character portrayal of Deadpool in X-men Origins: Wolverine with an R-rated revamp, perhaps Birds of Prey can turn Harley Quinn into a phoenix and rise from the ashes of Suicide Squad.

No-one was quite sure that Bill & Ted would ever return to the big screen, despite being one of the most longed for trilogies of all time. Finally, our two favourite time travellers will return in the year 2020 as they prepare to ‘face the music’ in their latest adventure.

It’s been 25 years since Alex Winter and Keanu Reeves played the hard-rocking duo but from the initial images – it looks like they’ll be back to their old selves in no time. Joining them are their offspring (yes, Bill and Ted are now old enough to have kids) played by Brigette Lundy-Paine and Samara Weaving. The only other concrete piece of info that has been released so far is that the widely loved character of Death (William Sadler) is along for the ride… “Best two out of three!”

Cruise. Kilmer. Fighter jets. All you need to do is watch the trailer above to see why these flight scenes will be worth the 34 year wait. And yes the Cruiser is (probably) flying the jet himself. Bloody show off.

Described as ‘loosely’ adapted from the H.G. Wells novel, Leigh Whannell’s The Invisible Man stars Elisabeth Moss as a woman who is having issues with her deceased ex-boyfriend. Namely, that he isn’t actually dead.

The idea of the ‘invisible man’ has been tried in a variety of ways, over many years, but Whannell’s version seems to be treading into new territory. From a nuanced look at gaslighting to a renewed sense of female empowerment, it will be interesting to see how The Invisible Man has been updated for a modern audience.

True History Of The Kelly Gang

It’s Johnny Rotten meets Che Guevara in True History of the Kelly Gang this February. George MacKay takes on the role of the 19th century Australian outlaw, Ned Kelly, which had previously been played by Mick Jagger in 1970 and Heath Ledger in 2003. The film is an anarchic and violent adaption of Peter Carey’s Man Booker-winning novel, focusing on Kelly’s upbringing before he and his gang wreak havoc on the British Empire in petticoats.

Next article6 War Films To Watch Before Seeing 1917

Previous article22 Movies From A Different Point Of View