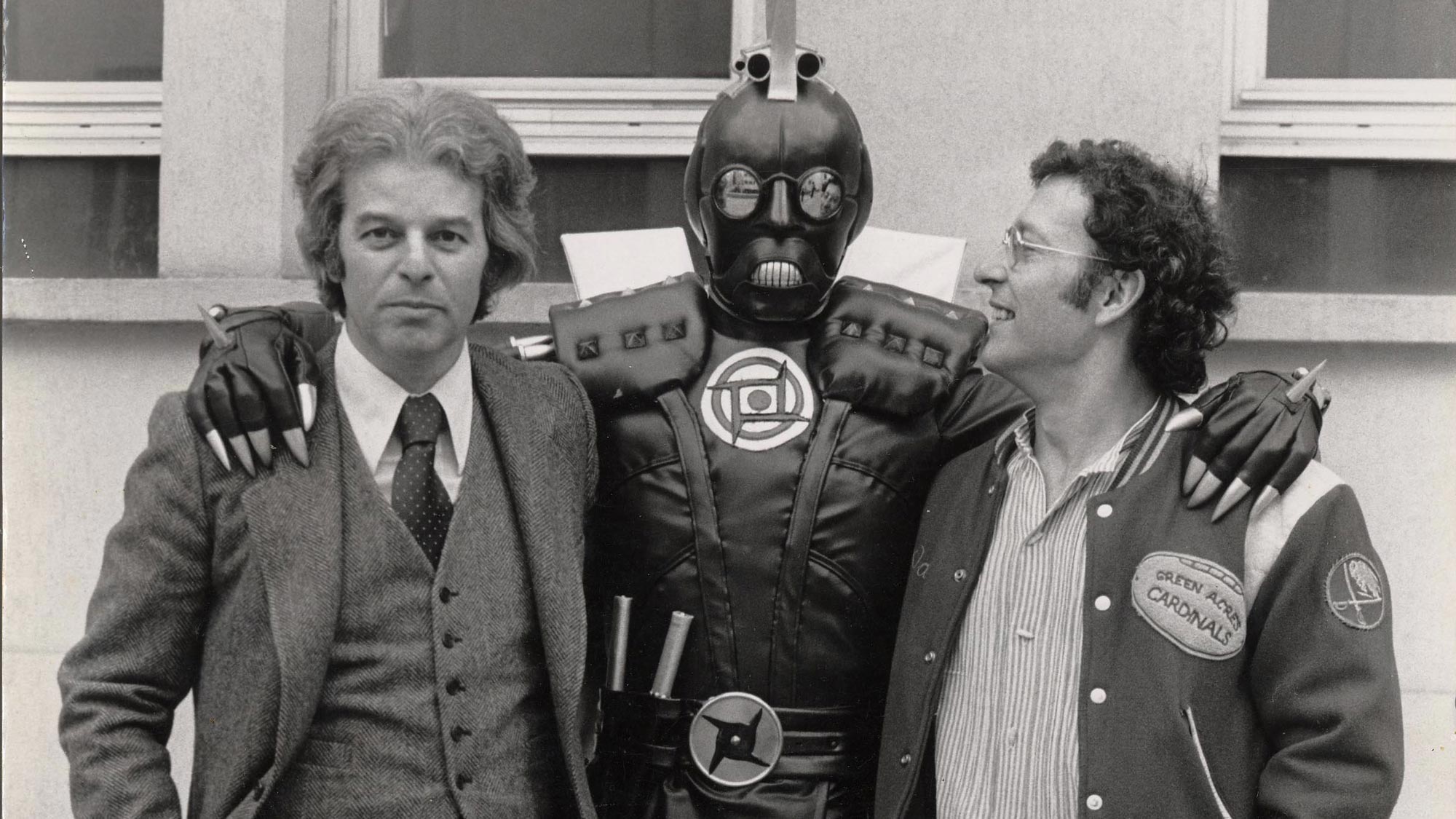 The most influential film of all time had a running time of 12 hours, a stellar cast that included Surrealist artist Salvador Dali (being paid a salary of $1m a minute), a soundtrack by rock’s most famous progressive musicians and was intended to replicate the effects of taking LSD for real without the audience ingesting a single atom of the drug.

What’s most striking about Chilean cult director Alejandro Jodorowsky’s 70s sci-fi epic, however, is not that we can see its influence in every sci-fi fantasy that came in its wake – from Star Wars and Flash Gordon, to Alien and beyond – is that it was never made, existing solely in the form of a book of storyboards that made its way to Hollywood just as the whole ridiculously ambitious project began to fall apart.

No footage was ever shot, but that didn’t deter director Frank Pavich from making an excellent documentary about the whole failed enterprise. Titled Jodorowsky’s Dune, the film is a frequently uproarious account of Jodorowsky’s bid to turn Frank Herbert’s sci-fi novel into the film event of the millennium, an attempt made all the more amusing given the director’s background of such perplexing arthouse movies as El Topo and The Holy Mountain.

Explains Pavich, “My producing partner Stephen Scarlata turned me onto Jodorowsky’s films many, many years ago, back when they were not accessible, back when you couldn’t find them. They weren’t playing in theatres, they were not on home video, they didn’t exist. So the only way to see them was to trade tapes. So we had these horrible sixth, seventh, eighth generation VHS tapes where you couldn’t quite see what was going on, And there were no English subtitles, so you really had no idea! But we watched them and we were astounded that somebody had made these things back in the 70s. And we were like, ‘Who is this person?’ How come we don’t know about him?”

Back in the days before the internet, this required a lot of research, since little was known about Jodorowsky, a mercurial figure, performance artist and mystic. “So we tried to learn as much as we could about him,” says Pavich, “and in the course of that we stumbled across the story of Dune. You’ll hear about it here and there – there’s a few books out there about the greatest movies never made, and this is always one of the top ones – but there was nothing official. So once we heard about this wild version of Dune, and we realised that it was going to be directed by this guy who’d made these crazy films that we were so in love with, we realised that this could have been the greatest thing in the history of mankind! So we started researching it. Originally, not to make a documentary, but as an excuse to find out.”

Though he has since had a renaissance – he performed the marriage ritual for Marilyn Manson and Dita Von Teese – 84-year-old Jodorowsky, then living in Paris, was not so easy to find. “It took a while to find him for sure,” says Pavich, “and once I got in contact with him and told him what I wanted to do, he said, ‘Great. But you need to come to Paris, and we’ll talk about it.’ So I travelled to Paris, went to his apartment – absolutely terrified – somebody let me in, escorted me to a room and I sat down. A few minutes late he came over, and it was… Alejandro Jodorowsky! In the flesh. This was years ago. He wasn’t as visible as he is today, so to see him was like… he was a god. He was truly a cinema god! I think he works a lot on instinct. He never asked me what I’d done before, he just knew I was enthusiastic, and that I would tell his story – a very personal story, to him – in a very respectful manner.”

Surprisingly, as the film attests, Jodorowsky has no compunction about relaying the story of his great failure. “It’s still something that lives within him, and he can tell those stories as if they happened yesterday,” says Pavich. “But that’s also part of the point. If they’d made the movie, it would have been out there anyway. They made a version of the movie so it’s still out there. You would think he would be bitter about it but he’s not. He thinks it’s wonderful. Jodorowsky is inspired by other art, so why shouldn’t his art inspire more art? He speaks oftentimes of the collective consciousness, and if he kept this artwork to himself and nobody ever saw it it would just be in his office. But he wants it out there.”

Does Pavich have a favourite moment?

“There’s a moment that definitely stands out. One of the scenes we chose to animate is the torture of a character called Leto,” he recalls. “If you think about that scene, you have Udo Kier with a giant pair of self-cauterising shears chopping off the arms and legs of David Carradine. And then Orson Welles comes over and chops of David Carradine’s head – all to the soundtrack of Magma and Pink Floyd.” 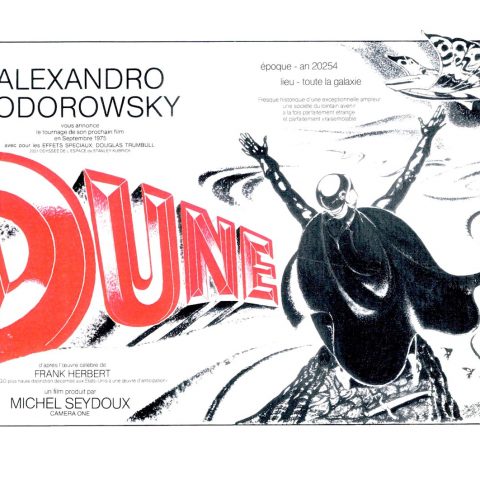 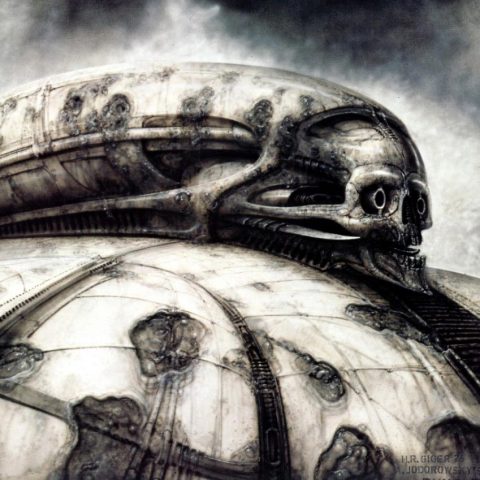 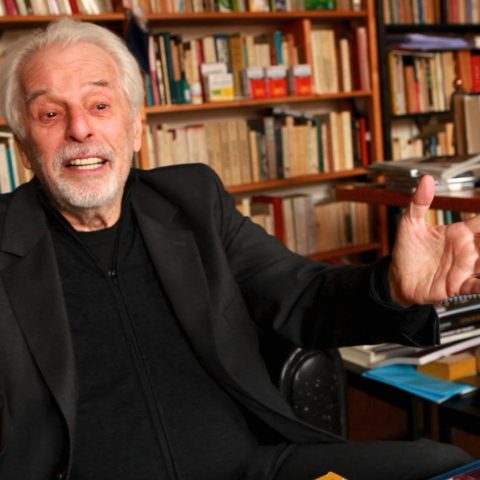