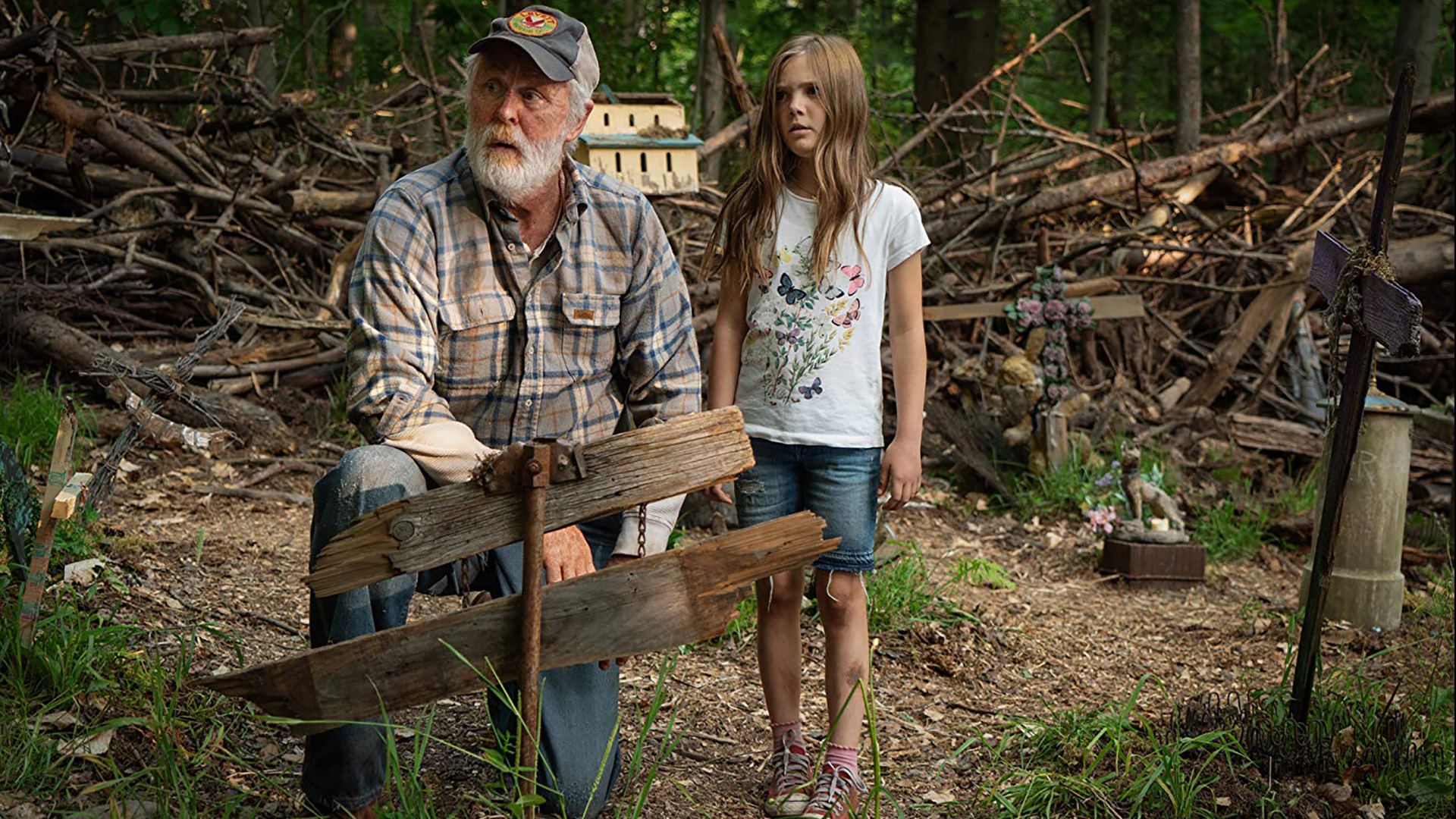 What could John Lithgow and Jeté Laurence be creeped out by? Image Paramount

Pet Sematary screened at SXSW Film Festival last night and judging by the early reviews, Stephen King’s latest adaptation is a fright-filled masterpiece. Set in leafy Maine, the film follows two young children who discover a mysterious burial ground hidden in the woods. Not a good place to be in a horror movie, obviously…

According to a select group of lucky ticketholders, Pet Sematary is stuffed with brutal visuals, unsettling themes and quite a bit of gore. It’s currently sitting at an impressive 88% Fresh rating on reviews aggregator Rotten Tomatoes. Here’s what they’re saying:

It’s better than the original

“Not only does it greatly improve upon the original film, but it manages to reach The Shining level heights. I was terrified, impressed and blown away.” – Preston Barta, Fresh Fiction TV

“Dark, twisted, gory and surprisingly funny. More of a dark comedy than the original movie. The cast is fantastic. Jeté Laurence is a revelation.” – Rafael Motamayor, Polygon

Stephen King addicts will love it

“There have been a lot of great Stephen King adaptations lately but Pet Sematary feels the most perfect, specifically Stephen King.” – Meredith Borders, Fangoria

“Super brutal visuals and was thrilled to see Widmyer and Kolsch fully embrace the deeply unsettling themes of mortality from the book.” – Perri Nemiroff, Collider

“The themes and encroaching dread of King’s novel are alive and well, but there are enough clever deviations to give diehard fans some welcome surprises.” – Haleigh Foutch, Collider

Not everyone was a fan…

“It didn’t quite make it for me. Not all bad, but I felt certain aspects were left hanging, or were altogether not needed.” – Julian Lacayo, Luminary View