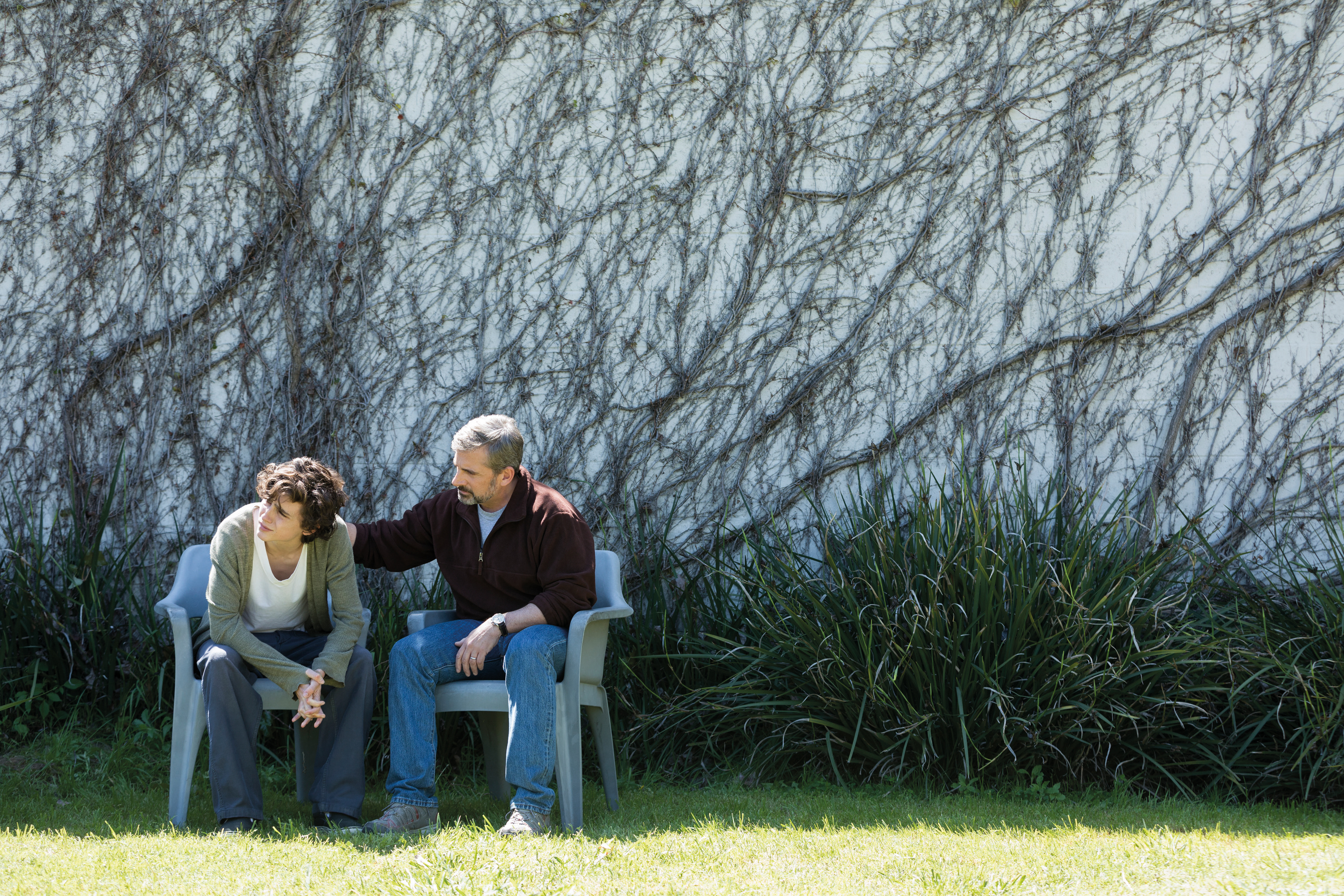 Heartbreaking and inspiring, Beautiful Boy is 2019’s most brutal movie. Based on the best-selling memoirs of David (Steve Carell) and Nic Sheff (Timothée Chalamet), the film documents a young man’s struggle with drug addiction and his father’s desperate efforts to help. But how much is true-to-life? And how much is Hollywood sob story? We delved deep to bring you the facts.

Settled in picturesque Marin County, California, Nic’s parents were the high-flying type. David, a well-known journalist, interviewed celebrities like Steve Jobs and John Lennon for Rolling Stone. Vicki, also a respected writer, cut her teeth at People magazine. In 1986, when Nic was just four-years-old, his mum and dad divorced and David took him to live in NYC.

In the film, directed by Felix van Groeningen, young Nic is a happy, intuitive squirt who loves music and books. Perfect childhood? Not so fast. Although Nic’s on screen problems don’t begin until his late teenage years, the actual story went bad much earlier.

Addicted to vodka from the age of 11, he moved onto pot a year later. In one scene from the movie, Nic shares a joint with his dad. This actually happened and in his hugely-successful autobiography Beautiful Boy, David reveals: “It was not something I’m proud of.”

Gradually, our unfortunate protagonist tried his hand at acid, cocaine and ecstasy. By 18, Nic was a fully-fledged meth addict.

Obviously, maintaining a drug habit costs money and one of the questions Beautiful Boy fails to answer is where Nic got the cash from.

“There was just this idea that I was going to shoot drugs until I killed myself.”

After dropping out of college and several stints in rehab, the streets came calling. Homeless and desperate, Nic turned to prostitution for an income. “I could’ve made money in other ways,” he reveals in his 2007 book Tweak: Growing Up On Methamphetamines. “But it was something I wanted to do. That sounds crazy f**ked up, but it’s true. And when I was out there, you know, hustling, I’m telling you, a lot of the kids I met were just like me. They wanted to feel like I wanted to feel. They wanted to feel wanted.”

This part of Nic’s life is notably absent from Beautiful Boy, but precious little else is. David, as you’d expect, was fraught with worry for his son. During the height of Nic’s troubles, his dad would regularly phone morgues and hospitals to check if his son had died of an overdose. “There was just this idea that I was going to shoot drugs until I killed myself,” said Nic during a 2005 appearance on The Oprah Winfrey Show.

In fact, Mr Sheff was so desperate to understand what his son was going through that he snorted a line of coke in private. Portrayed in the movie by a slightly manic, frothing Steve Carell, the sequence occurred pretty much true-to-life.

As in Amazon Studios’ adaptation, Nic experienced several cycles of sobriety and relapse. During one period of recovery, David suffered a brain haemorrhage and the shock caused his son to use again. At the time, Nic had been off drugs for 18 months. But in the end, this event was left out of the film, as was the time Nic nearly lost an arm when an infected puncture wound swelled up to the size of a baseball. Yikes.

On screen, Steve Carell’s forlorn parent eventually gives up the fight. “We can’t help him anymore”, he tells his ex-wife (Amy Ryan) during a stolen phone call on a family hike. However, while Nic was indeed left to his own devices at points, he rejects the idea mum and dad abandoned hope totally.

In a pre-credits info-dump, Beautiful Boy mercifully reveals that Nic has been sober for eight years. But how did he manage it?

In a lengthy 2011 article for The Fix, Nic praised his father’s unsparing book for helping him kick the dope. Reading an honest account of how harmful his actions were to his loved ones removed the “fun and carefree” aspect of “getting high”, wrote Nic.

“I knew the damage I was causing. It was impossible to keep lying to myself about it.” he added.

Where is he now? On the road to happiness, it seems. Married, living in Georgia and a published author, Nic has even written for Netflix smash hit 13 Reasons Why. He still struggles with life as an addict, but relapses are growing rarer too. Everything is good at the moment, but sadly, as his mother wrote in a recent piece for People, “the pain… will define [their] lives forever.”

Beautiful Boy is in cinemas now

Next articleThe 9 Most Unintentionally Funny Movies Ever