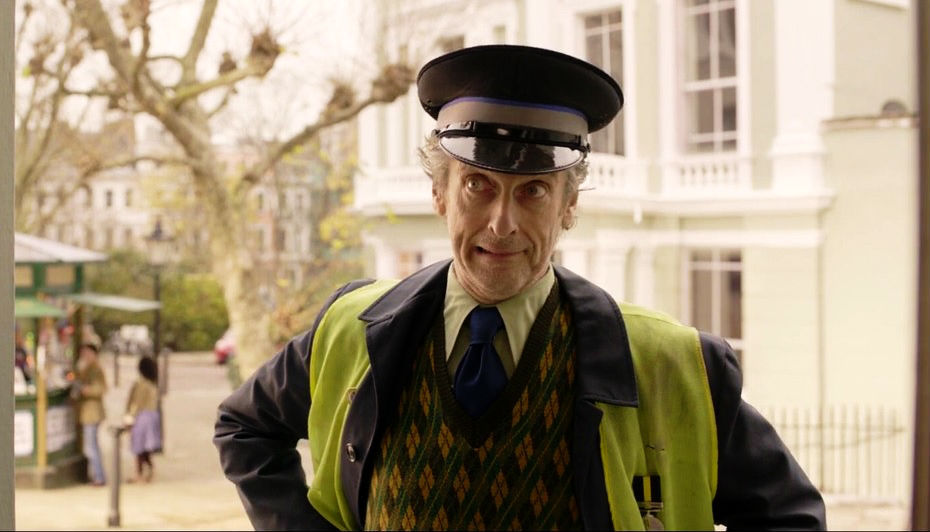 A long-standing resident of a particularly nice street in West London who for three months now has been frantically telephoning the council and the RSPCA to try and get them to act about his eccentric and hugely irresponsible neighbours who have been housing a wild tropical mammal in their house. He understands that the creature has been illegally imported from latin America, appears to be being forced into unnatural modes of behaviour by the family (walking on its hind legs, brushing its teeth on cue, eating human food rather than raw salmon) and despite the disappearance of several local cats, the presence of large piles of ursine excrement on neighbouring lawns and the serious risk of cross-species infection to native wildlife, Mr Curry is simply accused of being a Daily Mail-reading racist when he complains. ‘I’m not a racist, and that bear’s not a bloody metaphor for anything,’ he told reporters. ‘I’m just saying that if I need a license for a dog, they should bloody well have one for a bear, right?’

Consider The Doof Warrior. As a guitar obsessed teen, he probably had dreams. Stadiums, groupies, Grammys, duets with whoever the post apocalyptic equivalent of Clapton is. Or maybe he just wanted to play his six string with his best buds like a bad Bryan Adams song. Instead, he is stuck playing guitar accompaniment to a car chase with a gimmicky flamethrower. The horror, the horror. 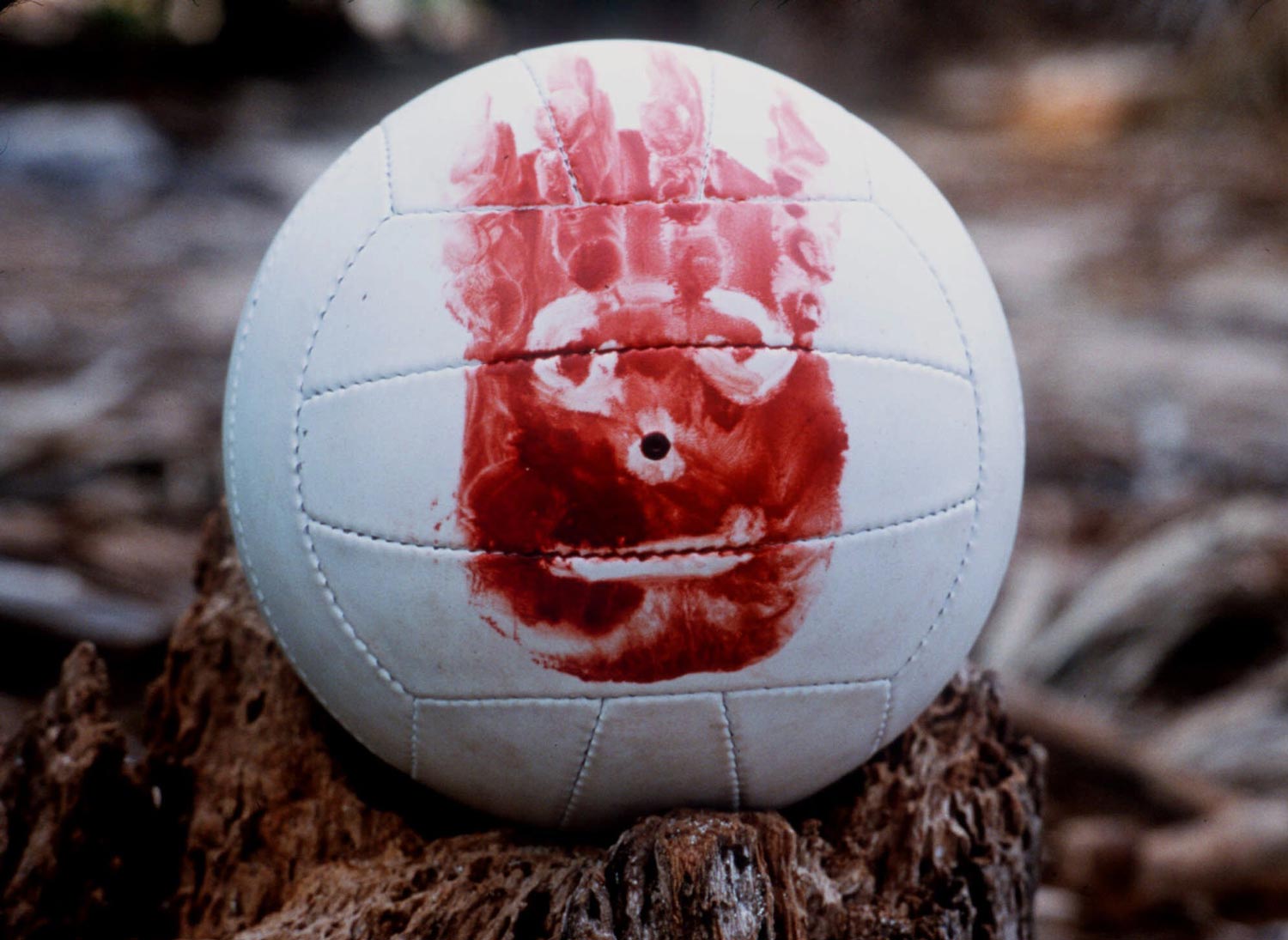 “So there I was, right, minding my own business. When who should grab me? Tom Hanks. Yes, the actor. And get this: he’s naked. But it gets weirder. Then he smears his blood on me. Starts talking to me, cuddling me. Totally anthropomorphised the shit out of me, basically. For, like, four years.  And then out of nowhere, he dumps me back in the sea! But that’s A-listers, I suppose. Easy come, easy go.”

“Yawn. Hot towel? Why thank you, stewardess. We’re landing in L.A. already? Oh good. What a pleasant, linear and entirely comprehensible flight that was.”

It can’t be easy living with Mia Dolan. The amount of moaning about not getting an audition must be immense. But do these women complain? No. After another failed try-out, they all rally round Mia in colour co-ordinated dresses that must be a reference to a classic 1950s musical and try to cheer her up by taking her to a banging LA party. And how does she repay them? She meets a white bloke who thinks he can save jazz and never gives them a second thought. The ones who dream (foolish as they may seem) can do one. 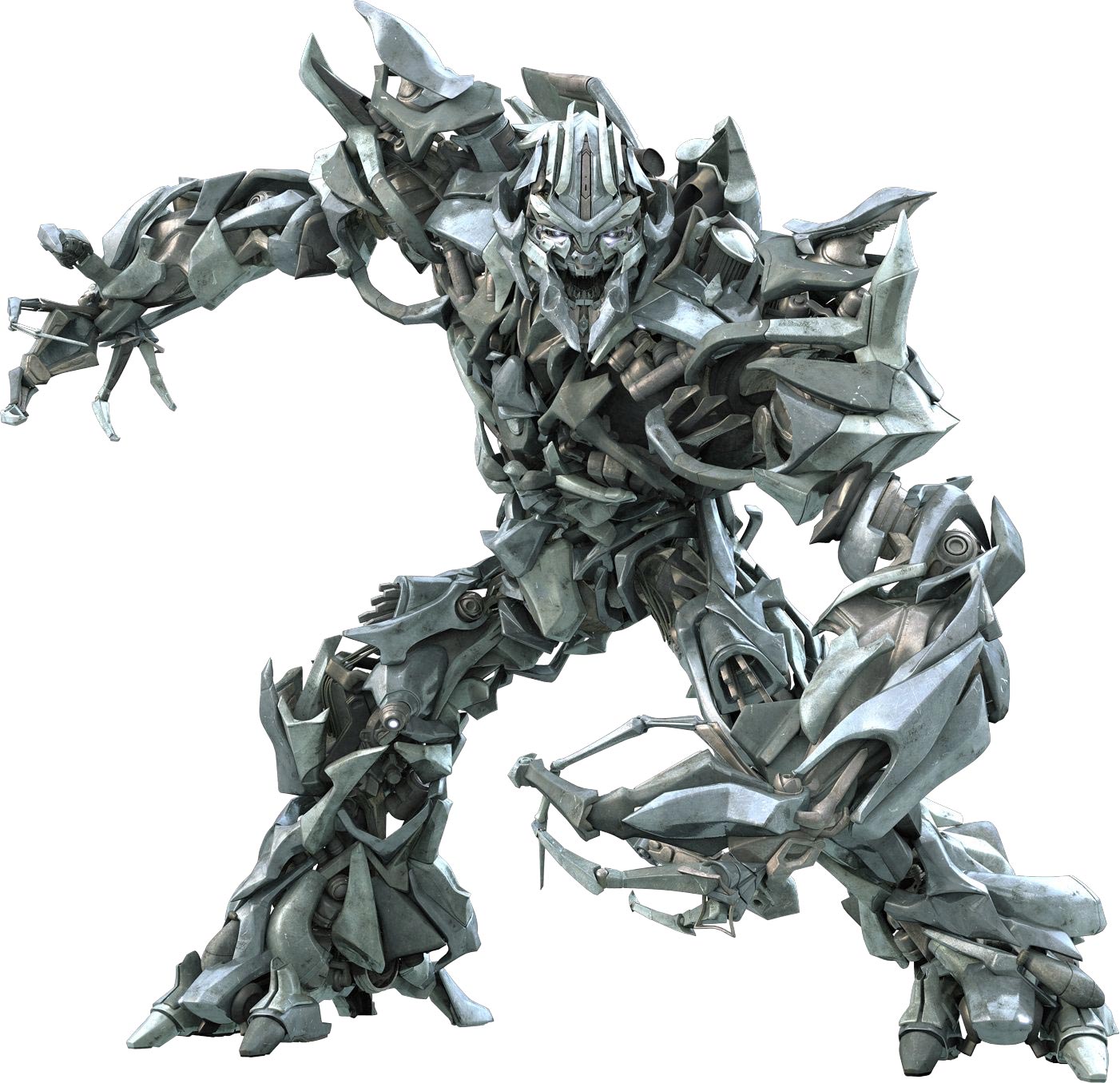 Controversial perhaps – even within the multi-layered, intricate tapestry of a Michael Bay film – but are we sure Megatron is the baddie? After all, the Autobots were a terrorist group who, after conclusively losing the war, were willing to commit genocide against their own species by destroying the Allspark. It was Megatron who travelled to Earth to retrieve it and save his race; it was Megatron who was frozen, violated and dissected by humanity; and it was Megatron who thawed out only to find his old enemies and the humans collaborating to destroy him with the Allspark itself. And then set about exterminating his friends living peacefully in secret. Jeez. And Optimus has the gall to call them “Decepticons”? Massive, clanking metallic porkies. 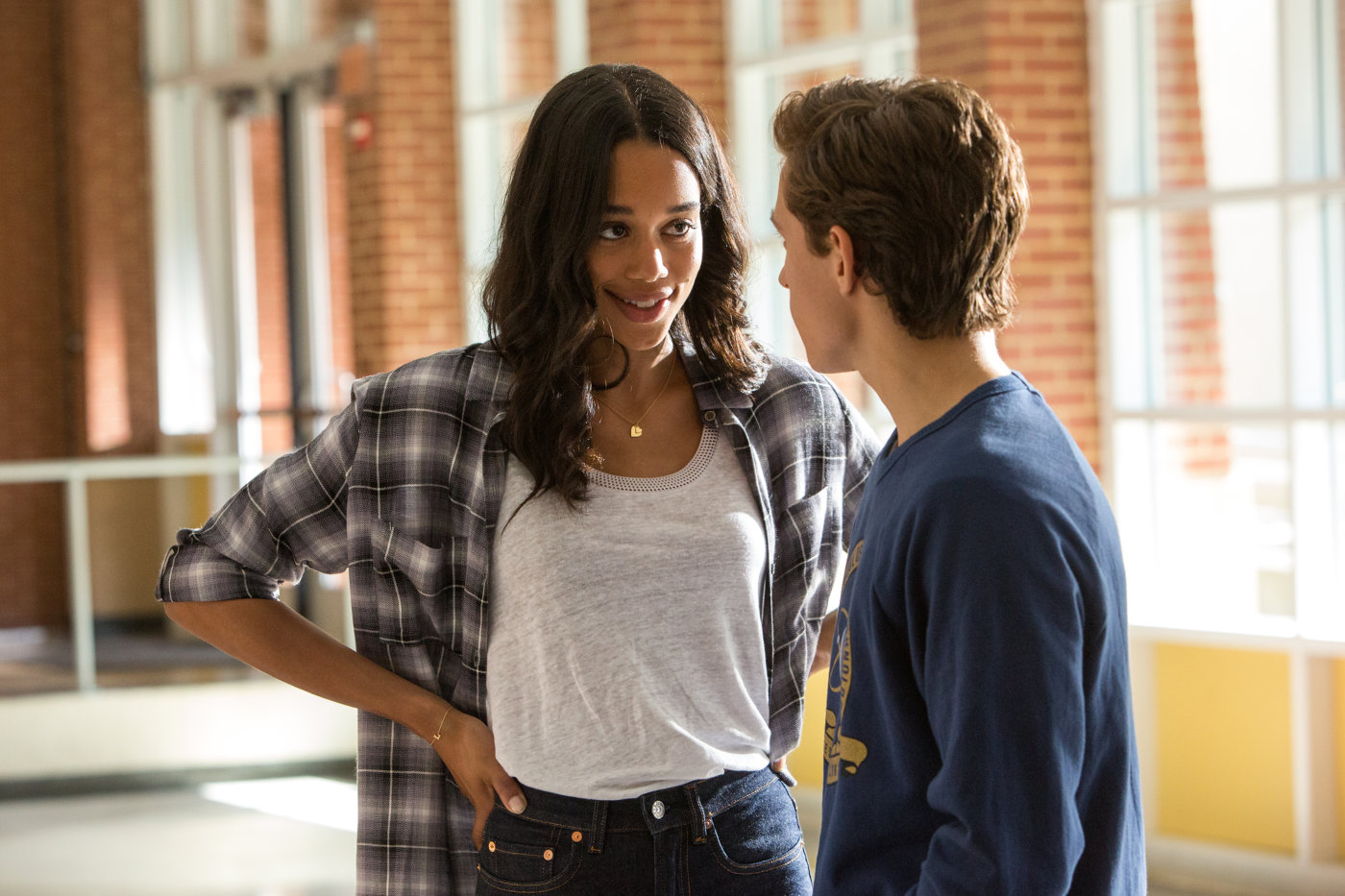 So popular at school (check). Queen of the academic decathlon (check). Cute nerdy guy is crushing on you (check). Dad was so funny in Multiplicity (check).  Life is pretty good for Liz Toomes by the halfway point of Spider-Man Homecoming. One hour later, the potential boyf is flaky as fuck (and a spider), your dad is carted away for being a flying bird and you have to move away from everything you’ve ever known. You are also usurped by MJ, playing no further part in a lucrative franchise. 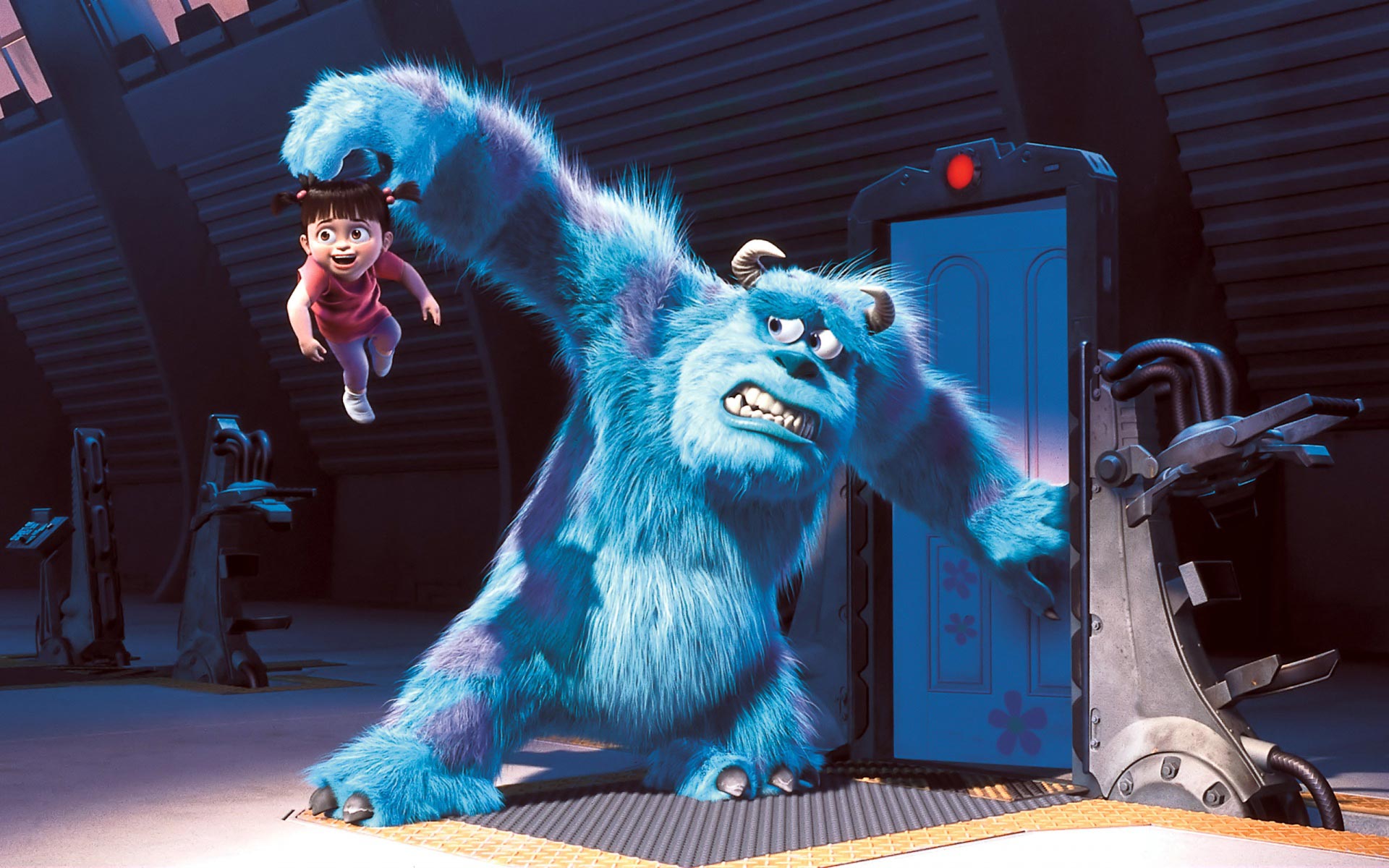 It’s testament to Pixar’s cuddly-wuddly universal appeal that they won an Oscar for creating… well, every parent’s worst nightmare. Think about it: Boo, their wide-eyed, apple-cheeked angel, is stolen from her bedroom one night – only to turn up days later babbling about a big hairy man and his stunted one-eyed cohort who “looked after her”. Ok, we’ll go there: is this Boo’s way of coping with what really happened?

“HELLO. I AM HORSE. YOU ARE HORSE TOO? WHY WE GO SO FAST RIGHT NOW? HUMANS CHEER. RUN FASTER. BEAT YOU! SPIDER-MAN HAPPY. EAT BAG OF OATY-OATS. YUM YUM.” 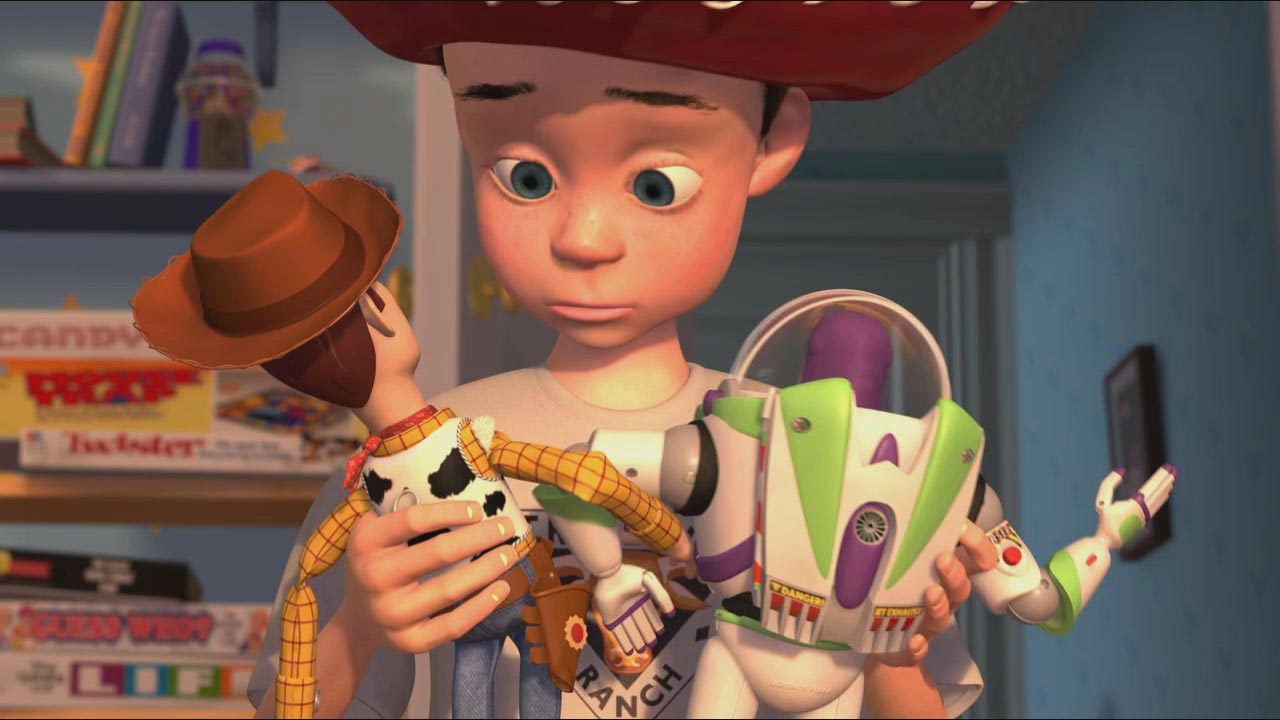 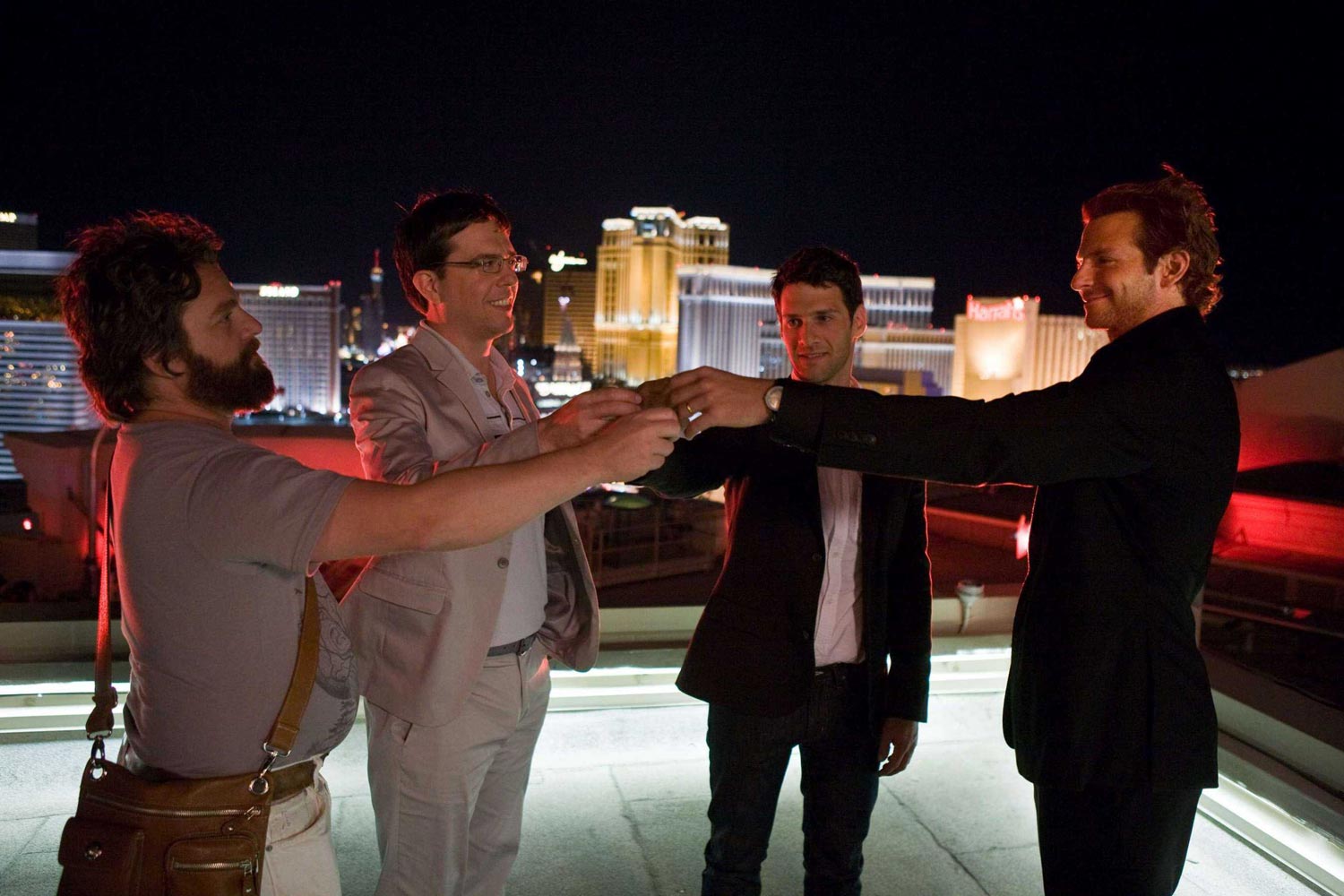 It’s basically 127 Hours. Except on the roof of a Vegas hotel, getting sunstroke.

“I don’t even get a character name. I might as well be called Metaphor For The Faceless Horrors Of War. Man it’s cold in this water.  Even One Direction got more to do than me….Ooh I’m in IMAX. Cool.”

“So I dated a guy for a while. It was kind of nice. Then we broke up. Now what was his name again…” You know that ex you can’t get over? This is exactly how she thinks about you. 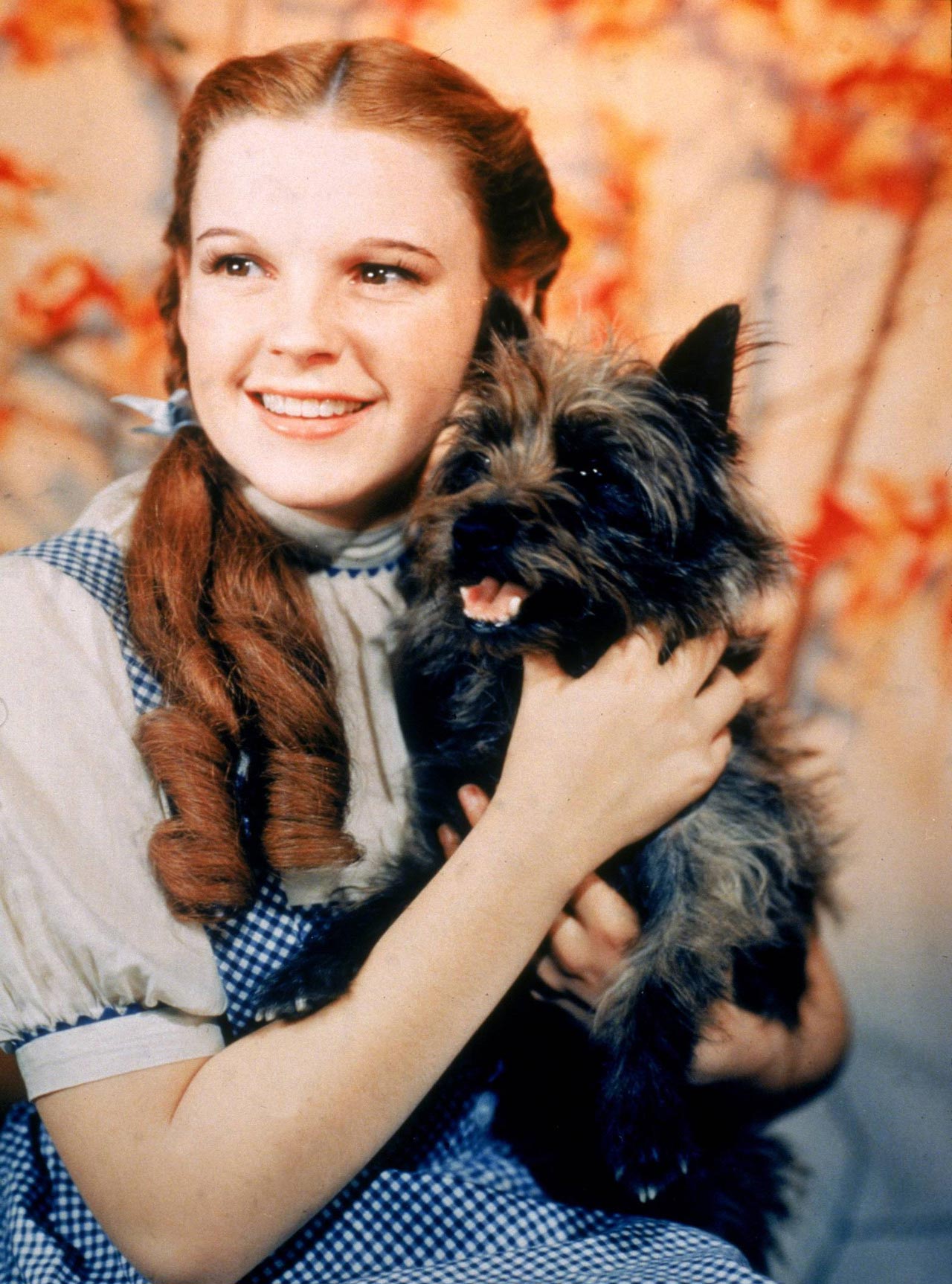 “Fuck me this is a long walk.”

A man doing his job under difficult circumstances. Although “difficult” doesn’t quite cover it – due to a bunch of fratboy morons who cheat in class, spy on girls getting undressed, destroy property, kill a horse in his office, bang the mayor’s underage daughter and the Dean’s own wife, before eventually destroying the town’s parade. The Dean’s crime, meanwhile? He just wanted them to get a good education in a safe environment so they could avoid the draft. For shame, Dean Wormer. For shame.

7. Any other pupil at Hogwart’s, Harry Potter series

“Look: who is this Harry Potter? Ok, yes, I sympathise with being orphaned and all that. But come on: some of us here are trying to get an education. And could do without, frankly, him disrupting lessons every year. I mean, I’ve got bad stuff going on in my life too. But do I get my own Hippogriff? Does Hagrid invite me over for tea and cakes? Do I get Alfonso Cuarón or Mike Newell following me round with a film crew? Do I balls.”

“Tum-ti-tum. Round the Earth I go again. Bored bored bor… ooh! Look! Another tiny metal can about to land on me. How lovel… oh. It’s missed. Silly metal can! Wait, is that Tom Hanks? The actor? Cooee! Hello! Hello? Oh. He’s gone again. How odd. Ah well. Tum ti-tum…”

“Hang on: that’s a wealthy billionaire, who dedicates his money and time to assaulting the mentally ill. And we’re the bad guys?”

Machines: Hang on… you built us! And then, when you lost the war you started, you destroyed Earth trying to destroy us.

Humans: Ok, fair point. But… you enslaved us!

Machines: No, we took a utilitarian approach so humanity could survive. Then we built the Matrix – an endless utopia for all mankind.

Machines: One you’re entirely unaware of.

Humans: No! Smash the prison! We want to live in a really crap underground nightclub eating porridge forever! 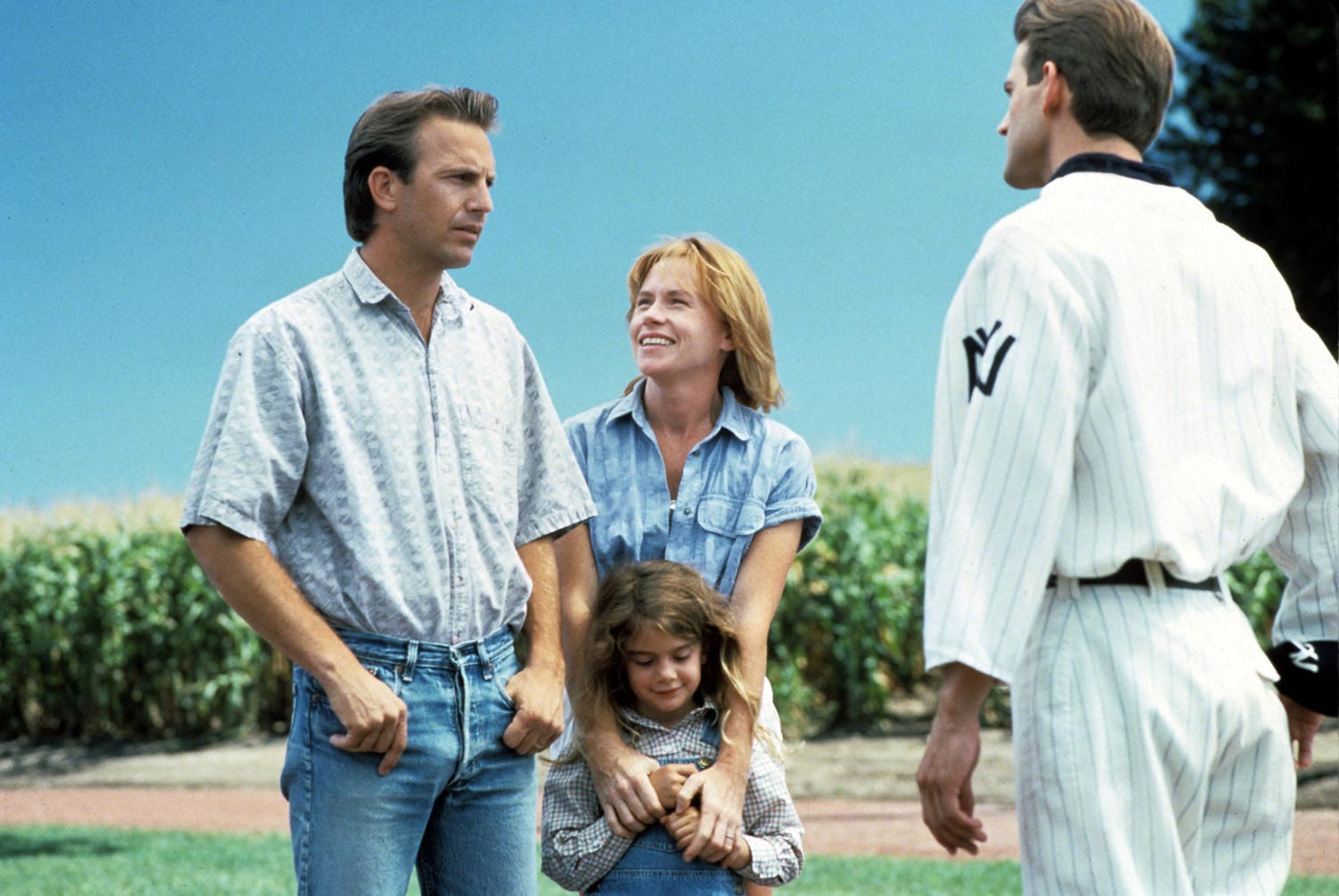 “Oh, you think your husband’s bad, Jean? Mine’s started hearing voices. It’s true! Last week he told me he’s going to destroy half of our farm in a vain attempt to reconnect with a father he alienated years ago. And next week, I reckon, he’s going to drive halfway across the country, and several years back in time, to kidnap a failed reclusive author and force him to watch an imaginary baseball game played by dead players. I tell you, Jean – I don’t remember this in our marriage vows.” 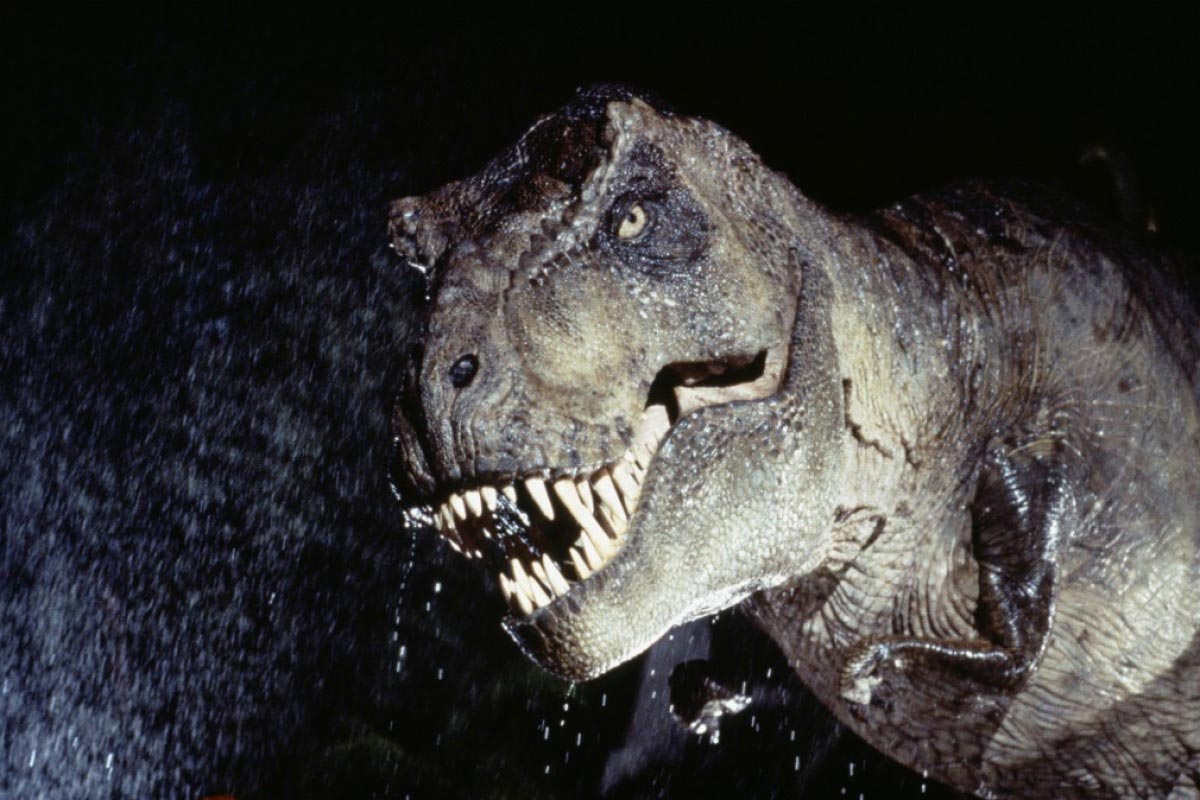 “Finally! I thought they’d leave those fences on forever! Yaaawn. So: who wants a mouth cuddle? Anybody? Hey – you in the tie! Come back…”

For Uma Thurman’s character, her daughter B.B. is the ultimate aim. Her raison d’etre, through all four hours of repetitive bloodshed. Which is a shame, as little B.B. is doing just fine without her. She’s healthy, intelligent, balanced, and well-loved by her father, who not only teaches her right and wrong but, we suspect, is also a goldmine of amazing martial arts anecdotes. A pretty idyllic childhood, in fact… until B.B’s supposedly dead mum arrives, killing dad, kidnapping her, while making her watch cartoons while she cries in the bathroom. Thanks, mum. Thanks a lot.

Previous articlePrisoners Of The Ghostland