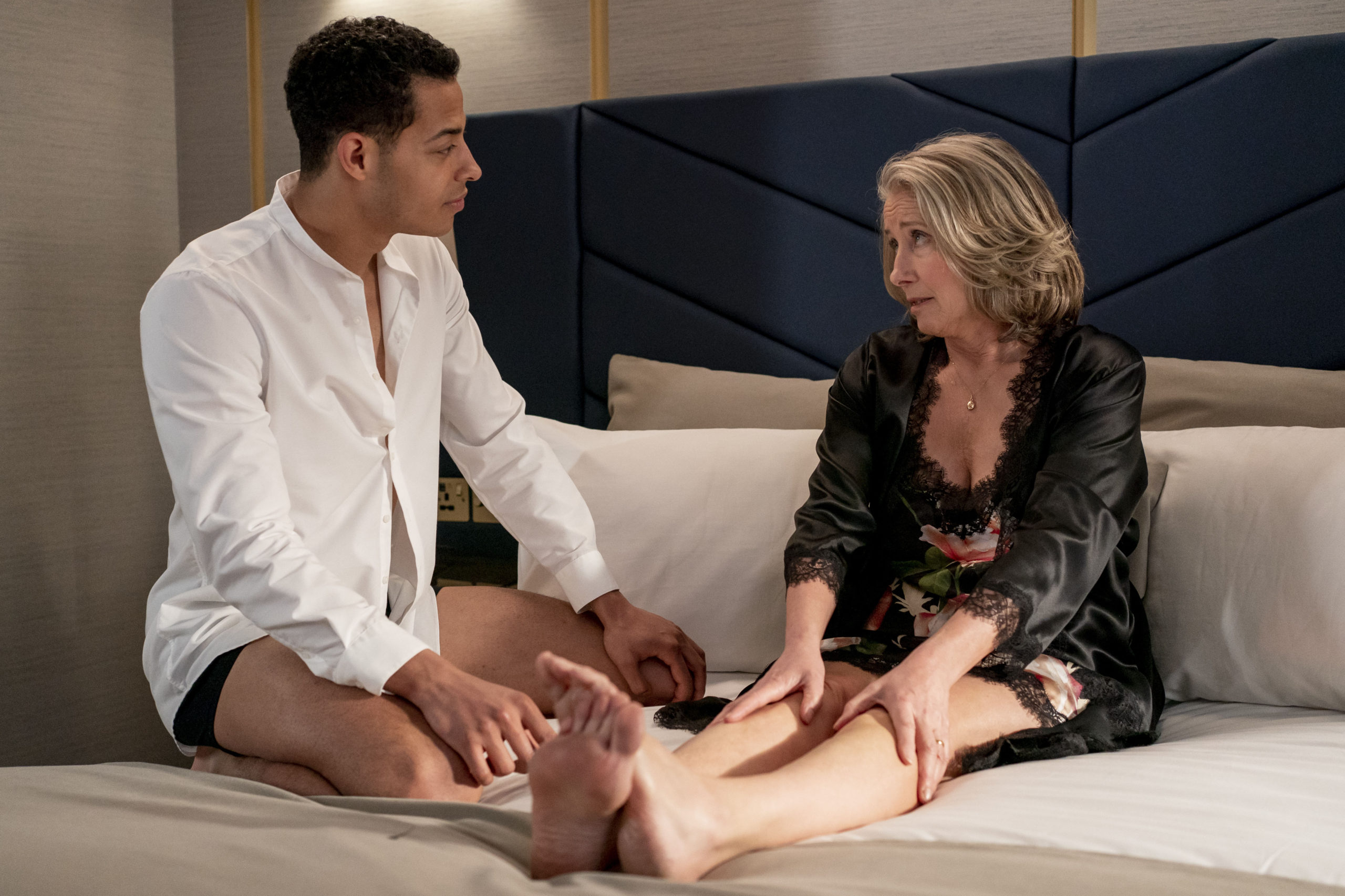 Ever since it bowed at this year’s Sundance Film Festival, Good Luck To You, Leo Grande has been tickling audiences, both male and female. Scripted by comedienne Katy Brand, it’s the story of the newly widowed Nancy, a former religious studies teacher played by Emma Thompson, who decides to open herself up to experiences she’s never had. Hiring the titular sex worker (Peaky Blinders’ Daryl McCormack) for a series of encounters in a hotel room, Nancy begins an eye-opening – and frequently hilarious – sexual odyssey. Below, director Sophie Hyde (Animals) talks finding her cast and the beauty of shooting middle-aged bodies.

Did you sense how funny Good Luck To You, Leo Grande would be from the script?
There were things about it that I found funny. The situation and Nancy’s character. I mean, I always heard Emma’s voice in it. But the first time I really understood how funny and poignant it was, was when we did the first read with Emma. And that’s when I was like, ‘Oh, right. Yes!’ Beyond even my imagining of Emma’s voice. I just understood it in a whole other way.

Did you research into the world of sex workers before you began filming?
Yeah, it was super important to me when I first came on to consult with sex workers and a variety of people that were doing sex work. And we had a series of excellent consultants that I spoke to a lot. I really heard a lot about their experience. The truth is their experiences are so varied. Sex work, like any job, has people that are deeply bored; has people that are really good at it, that are highly skilled and interesting and really love what they do; and has people that are just there for some money. The range is so big. And once you really feel that it frees up what you can do. So I worked with consultants to understand the world, and then to really deepen that character.

What do you think drew Emma Thompson to the role of Nancy? Did she recognise something of herself in Nancy?
I think, she probably never was going to be a Nancy because she’s just a very frank, very interesting, very curious person. But I think a lot of women of a certain age, have an experience that’s like Nancy’s and Emma saw that and she has a real skill at seeing what other women might see and what other people might feel.

What made you cast Daryl McCormack as Leo Grande?
He and Emma got along very well. We felt strongly that he bought a whole lot of layers to the role. And there’s this kind of gentleness in him that I really love in that role, that is a little bit unexpected. He’s also very tall, and very imposing. Or he could be, but he’s learned not to be – it’s an interesting mix of a person. I just felt lucky to find him and to have him in there. And Emma and he worked incredibly closely. The three of us did, as well, to make sure that we could find the power dynamic and balance between them. And it was really a challenge for Daryl – to go head-to-head with Emma Thompson, a two-hander. We were doing twelve-page takes, where they just really had to really bring their A-game every time.

So much of the film is set in a hotel room. How difficult was that to shoot in?
It’s more of a challenge than you first imagine, to make a hotel room work for that amount of time and to keep things interesting visually. And I really wanted a neutral kind of palette, so it was a lot of challenge in it for the team. But I knew that it meant that I could really explore what was going on between the two characters. And that’s really thrilling for me. That’s exciting. But going from big, anxious scenes to intimate stuff and then moving them around the room… I thought it was heaven.

Filmmakers don’t often show middle-aged bodies naked on screen. Why do you think that is?
We’re steeped in shame, really, in our world. And so we make fun of people that are older or that don’t look like some kind of weird ideal that we’ve been brainwashed to believe in, that we somehow believe everyone else has except for ourselves. And the truth is that the more we see only one kind of body on screen, the more we believe that ideal. So Emma and I talked a lot about that, a lot about our purpose. And why this was important to do.

So how did you want to film the nudity?
I found it important that we don’t use their bodies to kind of be like, ‘Ooh, sexy’ very often in the film. Daryl’s character is naked in parts, too, and it’s very casual. They are naked in one sex scene. But he’s just walking, getting a glass of water… it’s really important to me, too, that nakedness isn’t always about sex. We all experience it all the time in ways that aren’t anything to do with sex!