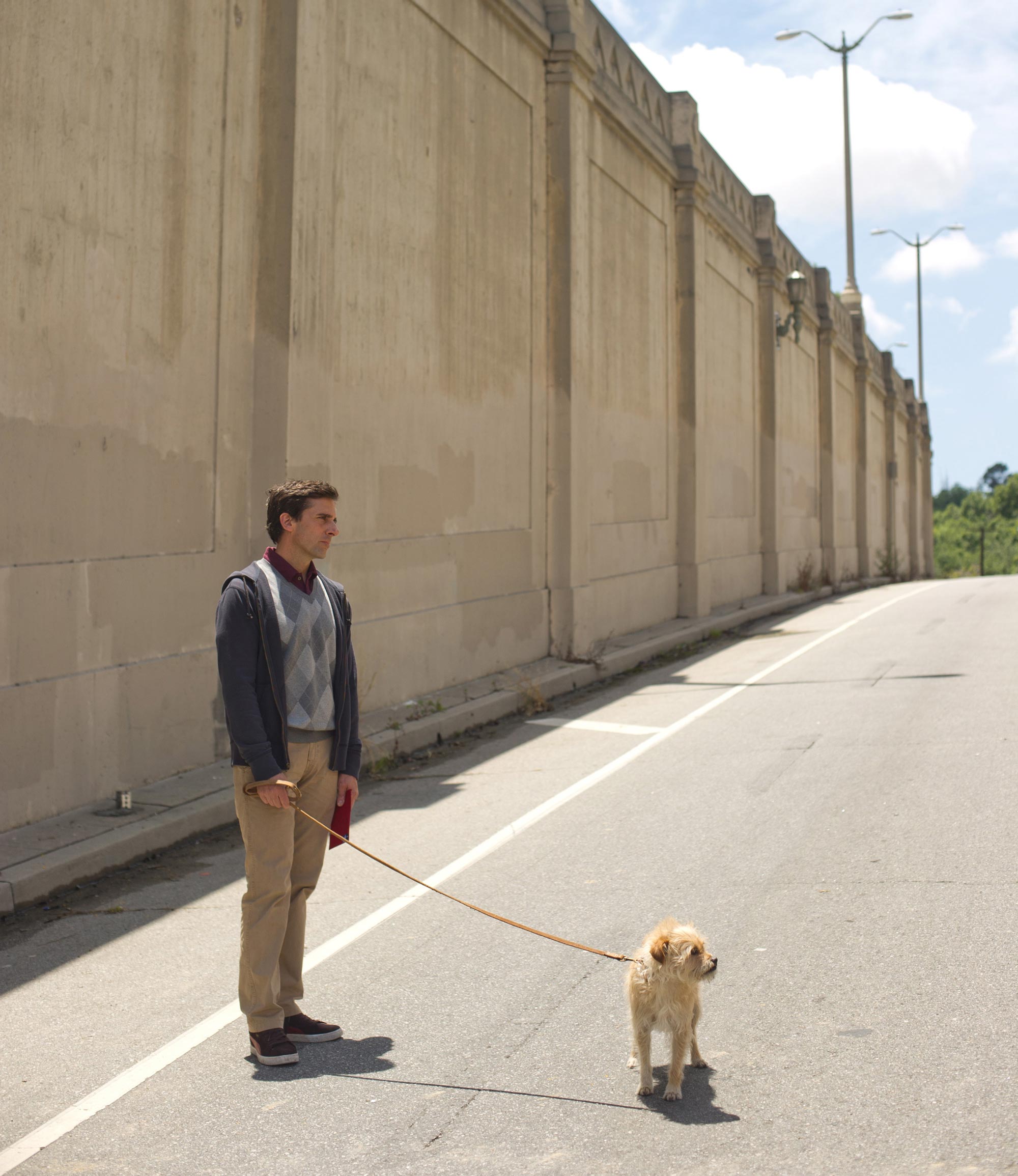 All it took was one application form. One boring, run-of-the-mill piece of red tape that got a youthful Steve Carell questioning what the hell he was doing with his life. It was back in 1984 and having graduated from Denison University in Granville, Ohio the plan was to continue in education by attending law school, but as his pen hovered over the piece of paper that would shape his future he realised that perhaps the bar wasn’t for him.

“The question on the form was, ‘Why do you want to be an attorney?’ and I really didn’t know how to answer it. I had no clue how to write my response and that was when I went to talk to my parents about it. They knew I was ambivalent about it so they let me off the hook. They gave me the freedom to look elsewhere in terms of a potential career,” says the 49-year-old. “Maybe they felt, ‘He will go and try this for a couple of years and then if it doesn’t work out he will go and do something else.’ I think they were smart in supporting me, and if I was going to commit to law school that was something that I had to really commit to whole-heartedly.”

Litigation’s loss was comedy’s gain but success didn’t come quickly, it was a steady build up of work having studied acting at Chicago’s Second City (which launched the careers of a number of the US’s biggest comedians – John Belushi, Bill Murray, Dan Aykroyd to name but a few) before he finally made his movie debut in 1991’s sickly kiddy comedy Curly Sue. And it was his work as a cast member of The Dana Carvey Show (he voiced Gary, one half of the animated not-so-much crime fighting superheroes The Ambiguously Gay Duo) and as a regular on The Daily Show that finally started to garn Carell some welcome attention. After he’d stolen the show as the retarded Brick “I love lamp” Tamland in 2004’s cult favourite Anchorman, and bagged the David Brent role in the US remake of The Office in 2005 it was almost twenty years to the day from him ditching law for comedy that he would headline his own movie that same year, The 40-year-old Virgin.

“Judd Apatow was an old friend and he asked me if I had any ideas for a movie,” says Carell. “And I was like, ‘Well yes I have this one about a 40-year-old virgin, he said, ‘I could call Universal right now and they would buy that.’ And they did. I didn’t realise at the time how many things are written  that never get filmed. For some reason this just went through.”

Made for $26million it went on to make $177million worldwide, followed by over $100 million in DVD sales in North America alone. Hollywood had a new comedic leading man.

This month he’s at it again starring in the bittersweet comedy Seeking a Friend for the End of the World in which he plays Dodge, a lonely man drawn into a road trip with Keira Knightley’s kooky Penny on the eve of Earth’s  Armageddon. INDUSTRIA caught up with him…

The Seeking a Friend script must have seemed quirky, although we imagine you’re sent a lot of quirky comedies…

I do get a lot and with this I had the same reaction when I read Little Miss Sunshine, which was a subject matter that I had never thought I would explore. In a similar away, this was a story I couldn’t get out of my head. I kept thinking about it.

What specifically did you keep thinking about?

Certainly the subject matter and the fact that it was essentially a comedy, that was interesting — how to strike that balance between what would be dramatic and what would be comedic. But also there were all these little moments, like they are driving around and there are two weeks left and they drive past some people who are having a yard sale, or there are those moments with the guys who are continuing to go into work, this disaster and those moments, that depiction really stayed with me because it begs the question what would you do? How would you react? How would people react in general? I liked it. I thought it was intriguing.

Have you thought about what you would do if you knew the world was ending?

I think that honestly I would just want to spend that time with my family, be surrounded by the people that I love. It is a morbid thought but it also metaphorically allows you to think about how do you live your life? We are here for a finite time and you have to embrace it and have to enjoy it while you can and so I think it is a very uplifting theme in that way.

Your character in the movie isn’t keen on risk. Did you think you were taking a risk when you set out on this career path?

Enormously. I think any time anyone chooses something that doesn’t necessarily have a guaranteed return there is a risk inherent in there but it was also something that I knew would be ultimately satisfying and rewarding. I thought I was going to be an attorney and it was my parents who were the ones who suggested otherwise. That was definitely a crossroads for me and I felt like I owed them.

You felt that you owed your parents a legitimate career?

Exactly, and to say that I was going to be an actor sounded like I wanted to be an astronaut. It didn’t sound like a plausible idea. ‘I will be a professional ice hockey player.’ It didn’t sound real. It sounded like what a little kid would tell their parents they wanted to be so I never actually fully embraced the idea of acting as a career choice until after college when I was having this discussion with my parents and we made a list of all the things I had enjoyed doing in my life time. Acting had been a reoccurring theme and so they were really the ones who compelled me to do it.

Coming back to the film, is it fair to say that Dodge is quite vulnerable when we first meet him?

Yes, the movie opens with his wife leaving him so I think he is fairly raw when we first meet him.

Do you get a kick out of playing vulnerable characters?

The way I saw him on the page, he seemed to be somebody who had an enormous amount of regret and had difficulty in connecting with others. And to me the movie is about the connection between human beings and how important that is. Here you meet someone who is full of life and full of energy and seems to connect with everyone, which is Keira’s character, somebody who is pretty much his polar opposite in many ways and is able to bring out a side of him that he hadn’t felt in a long time.

Was it easy to fall in love with Keira Knightley on screen?

She’s lovely. I hadn’t known what to expect. I had never met her before and we only met the day before we started shooting together. She struck me as someone who is not only a great actor, which I knew going in, but also really funny, silly and playful – she defied any kind of preconceived notions I’d had about her. I think I thought she’d be very serious, based on her body of work and how intense she can be in movies. I think we got along incredibly well.

You also get to work with a remarkably cute dog.

His name was Alistair. He is a rescue dog turned actor and he was uncannily able to find the camera. I got the sense that he knew when the camera was on. He knew when we were in a scene. He knew when he had to act. It was pretty remarkable although he always tried to get in front of Keira whenever she was on camera.

We didn’t have a lot of time, it was a fairly low budget movie, so it was not as though we could do multiple takes. So when the dog was jumping up in front of her face we had to very delicately try to pull down on his leash for her to deliver her lines. She was doing this very dramatic or comedic scene and at the same time she’s negotiating this little dog and positioning him correctly. Honestly, Keira’s great; she is someone you could share a drink with and a good story.

Your real wife, Nancy, plays your wife on screen, too…

We actually shot that scene on our sixteenth anniversary.

But she runs away?

I know! That was the cameo that our director (Lorene Scafaria) called up and offered. We thought it was a really funny idea and the fact that it fell on our anniversary was fitting as well. They had a cake made for us which was a giant asteroid hitting Earth with ‘Happy Anniversary’ written on it. It was very appropriate and I got to work with her on our anniversary.

What can we expect from the Anchorman sequel?

I have no idea. I know they turned the script into Paramount a week ago. I have not read it. I assume it’s great. I can’t wait.

What do you think Brick Tamland would do if he knew the end was nigh?

Maybe he would be the wise sage at the end and we would all learn the meaning of life from Brick. Maybe that would be the twist… 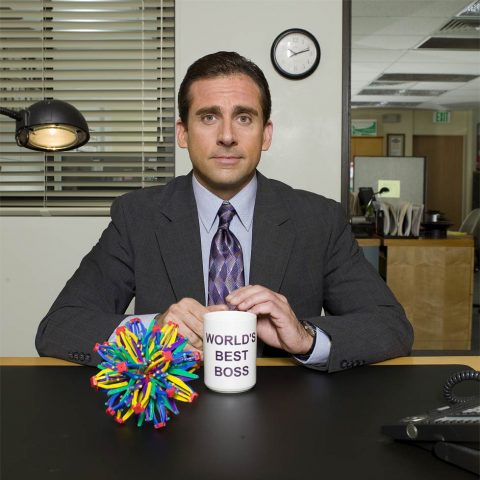 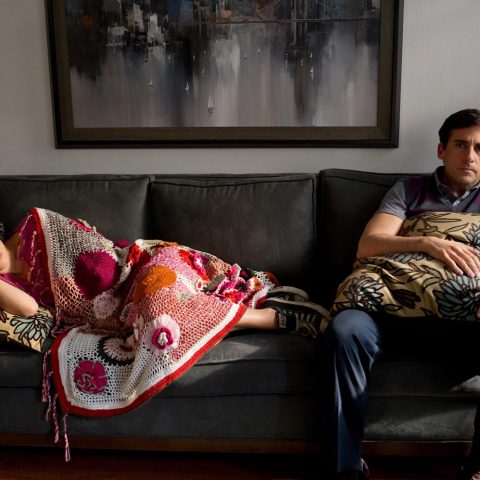 Next articleRian Johnson: Kill Yourself