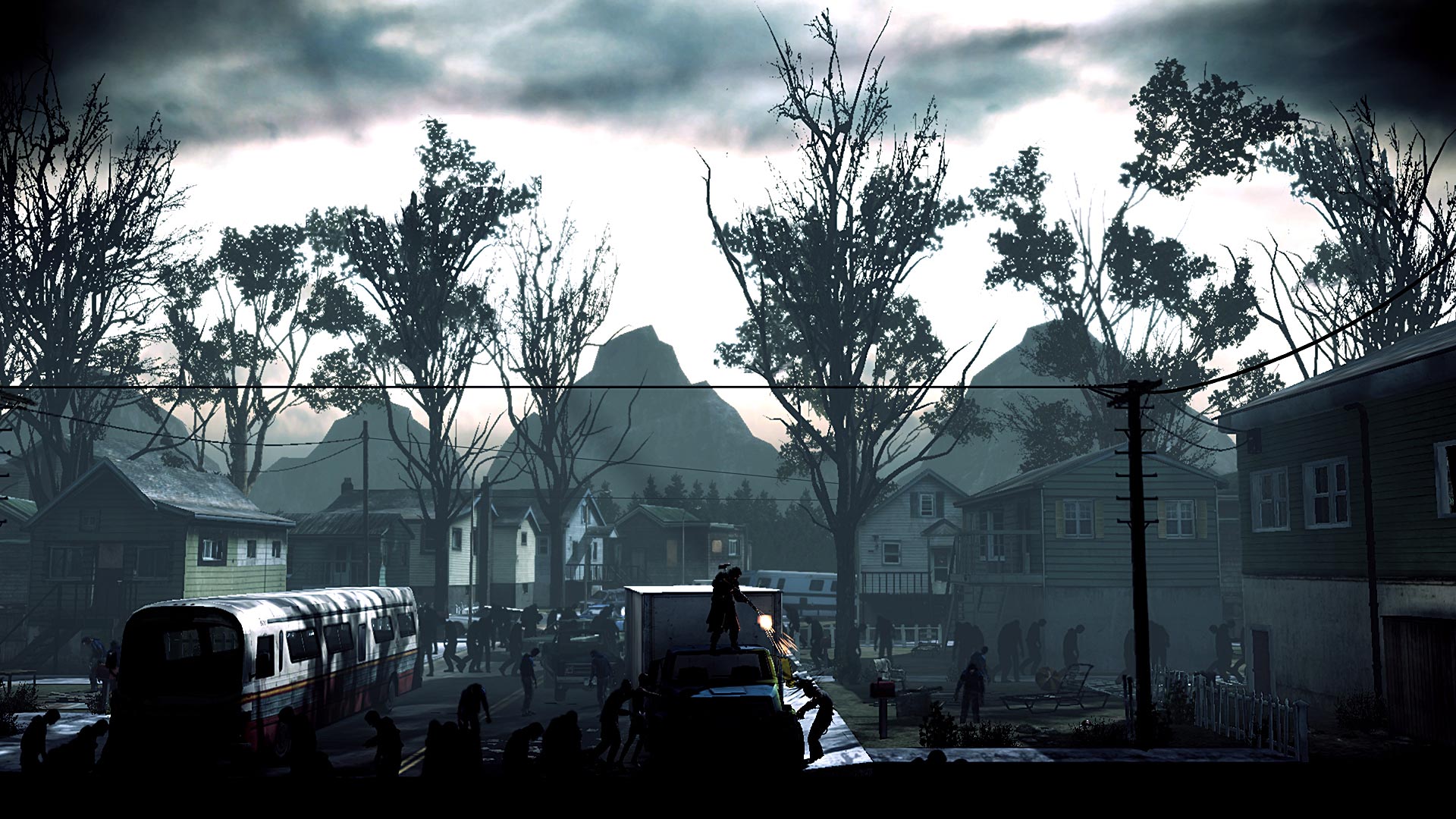 It’s February in San Francisco and it’s raining so hard the clouds look vaguely post-apocalyptic. On the floor in a dingy corner of Microsoft’s Xbox Showcase, by the swing-door exit to an impressively grand, if increasingly water-sodden building full of big-name franchises – Resident Evil, Tiger Woods, South Park, Minecraft – sits Tequila Works CEO and creative director Raúl Rubio Munárriz, crossed legged in Converse and geek-chic specs, playing his own game on his lonesome next to an empty seat.

This game looks brooding, darkly cinematic and as rain-drenched as the hall’s exterior, yet if any journalist can pull themselves from Counter-Strike multiplayer long enough they’ll find it’s the unlikely shining light of the show. INDUSTRIA accepts the challenge of the player-less chair, partly because we think what’s on the screen looks a bit like our 90s PC mainstay Flashback, but mainly because we’re not very good at Counter-Strike.

“It looks a bit like Flashback,” we say with a screenward nod, as way of friendly introduction.

“Flashback set in the 1980s with zombies,” Munárriz chuckles back. “Have you seen The Walking Dead?”

With that, INDUSTRIA is hooked and doesn’t leave said seat for an hour. Fast-forward to July and Rubio’s finished game, Deadlight, finally hits our small screens as – rather ironically given its dark subject matter – part of Microsoft’s big Summer of Arcade showcase of cheap yet high-quality downloadable nuggets. Yet this is a triple-A game in indie clothing, a small-scale slowburner made with the highest production values and polish.

“We are obsessed with a high attention to detail, but if Deadlight had to be a retail title, it would be a completely different game,” he says. “Downloadable platforms allow you to experiment and offer things that physical formats cannot.”

With a striking comic-book intro worthy of Robert Kirkman’s acclaimed series, Deadlight is, in the main, a realistic and cinematic side-scroller and the first project from Tequila Works, the 22-strong Spanish development team formed from ex members of Blizzard, Sony and MercurySteam. Based in a mid-sixth-century building in sunny Madrid, they have Heavy Rain, Diablo III and Overlord II credits among their number, too.

Set, in a nod to Cormac McCarthy’s The Road, after an event called “The Great Mess”, you play Canadian park warden Randall Wayne as one of the last surviving people in the Pacific Northwest – Canada and Seattle to most – inconvenienced on a regular basis by what looks very much like zombies.

Yet the lack of a hulking budget has meant the team has shunned big explosions and rampaging undead armies to focus on atmosphere, story and character. Much like that other 80s mainstay Steven Spielberg, in Jaws and Duel in particular, it’s often about what you don’t see, the “monsters” just a backdrop to a more human tale.

“The story doesn’t revolve around saving the world, who or what spread the ‘disease’,” he continues. “Randall is not interested in answers or a cure. The point resides in a character that tries to survive above all. The world is gone to hell and you cannot do anything about it. Randall’s biggest foe is himself.”

Set in 1986, with spool-turning cassette tapes as loading symbols, it’s as inspired by a bygone era of films as it is gaming’s illustrious past. Sure, it crosses non-scrolling platform-puzzlers such as Prince of Persia with the excellent ‘3D action on a 2D plane’ look of Epic Games’ Shadow Complex – you’ll run from side to side, yet zombies will emerge from the background – but it also takes in the washed-out look and paranoid feel of many of the era’s big movies.

“We all grew up in the 80s, it’s amazing we survived it,” he chuckles. “We tried to capture the unique visual appeal, not the stereotypes. It sounds silly but one of the first visual references was The Goonies, and First Blood was a major influence, too. We wanted to avoid anything too synthetic and to make it as organic and gritty as possible.”

Zombies are a plot device-cum-social mirror that never seems to lose their appeal but few additions to the genre have been as subtle and evocatively as this. Firstly, this isn’t a headshot fest; you won’t get a weapon for quite a while. Zombies are, on the whole, to be avoided or taken out covertly, with some kind of ingenious physics puzzle or diversion to overcome or create in most scenes/screens.

“Combat is always an option, albeit a poor one,” he laughs. “There are more enemies than bullets. Tools and firearms are more useful as ways of unblocking paths than killing.”

Then there’s the immaculately rendered 80s setting, with the apocalyptic activity of 1986 in particular – Challenger exploding, the Mir space station launching and Chernobyl going quite literally nuclear  – far from a coincidence, lending the classic “Why?” of zombie films plenty of potential, if ambiguous answers.

With so many games based on shiny, fictional planets in the conveniently far-off future, it’s a sobering experience to occupy a time that’s been recreated in such detail to tell a tale that could yet be. Your own personal, cinematic apocalypse; admits one only. 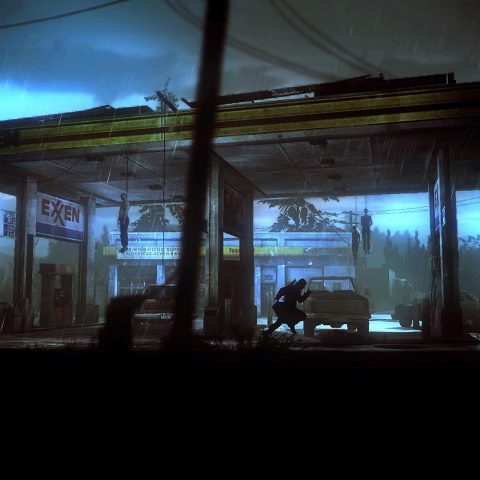 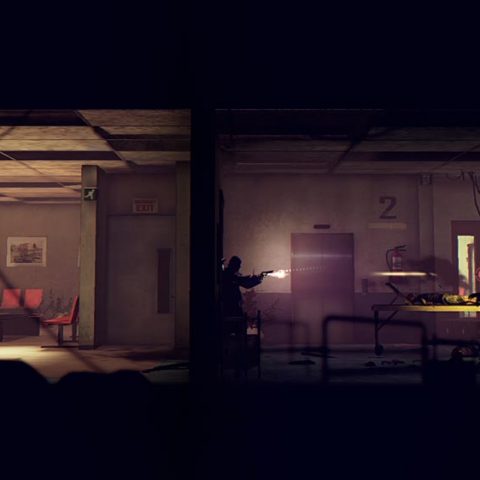 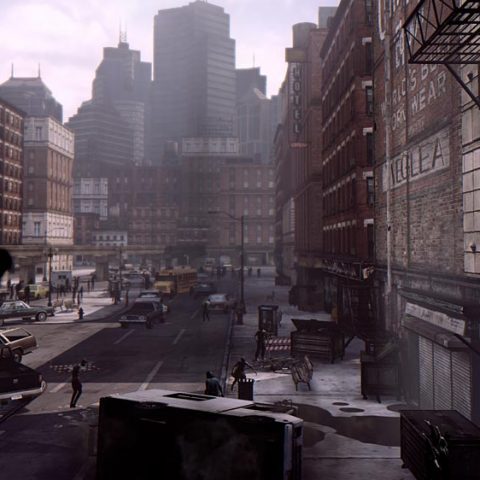 Next articleSteve Carell: The Bright Side Of Life