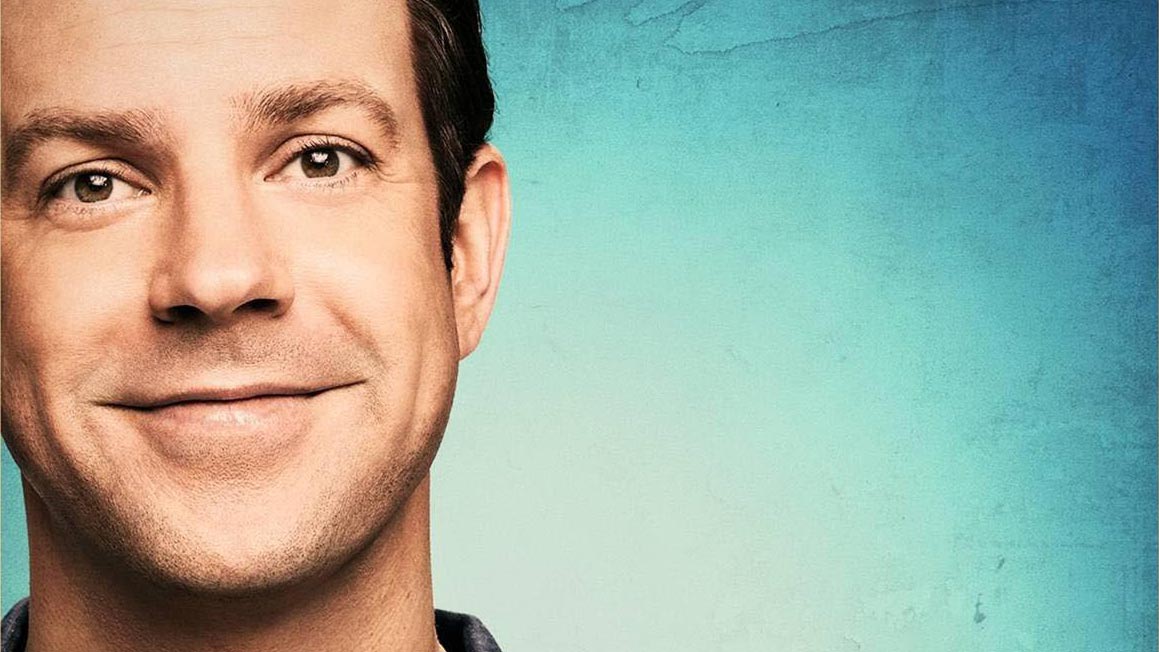 _ You played a lazy pot-dealer in We’re The Millers. Were you worried it was a tough sell for an audience to root for a drug-dealer and a stripper smuggling drugs?

I feel like that my goal in life, as an actor, is to get across very unlikeable premises to an audience: killing bosses, cheating on your wife, smuggling drugs. Whatever hard pill    there is to swallow, I am the sugar that allows the medicine to go down a little bit easier. I attempt to be at least. I agree with it though. I think that’s why you cast one of the most likeable people in the history of entertainment, Jennifer Aniston, as the stripper and then you have me to tag along to make some goofy faces.

_ Do you think we should legalise marijuana?

I believe it should be legal. The US is still in its adolescence compared to a lot of other countries. You think you know it all, but part of the joy of life is realising you don’t, and once you give over to that I think you are more open to a whole bunch of new ideas. I didn’t do any drink or drugs in high school or even college, but I got into it after my brain was formed. But I do believe, having lived in Amsterdam, and even spending time out in Los Angeles, where it’s regulated, it seems like a cash crop that I could be embraced. I am always curious as to why things aren’t, like what’s really keeping it from being legalised?

_ What’s the worst job you had while you were trying to break into the industry?

The toughest thing was working at a grocery store in the south side of Chicago. I was a gopher, and in the summer, I would have to unpack and stack the frozen foods in the freezer, but then immediately afterwards go outside and snag 50 to 100 carts, so I would then get drenched in the heat because when you get 20 in a row, you have to put some effort into it. I woudl then have to go right back into the freezer – I had a permanent cold all summer.

I never worked in the food industry, I have somehow avoided all that. I have lots of friends who did so I have a tremendous amount of respect for people who wait tables, and I know it is a common experience for people who have chosen the career path I have. Retail was more my thing, but I was never great at that. I don’t mind suggesting things to people, but I am probably better at it now than I was then, when I was doing it for a living. But there was nothing I ever put my heart and soul in, so it could never have been that bad, because I knew what I wanted to do.

_ Jennifer Aniston has a much talked about stripping scene in We’re The Millers. That must have been a fun day?

That was just another day at the office. When she did the bulk of it, it was a closed set, but then you obviously need all our reactions, so we had to have something to react to, which was great. It is one of those silly moments where you are like, ‘I do this for a living?’ That day I did for free.

_ Who were your comedy icons as a child?

I think my parents and my extended family were funny, always joking around and there was a lot of laughter happening so that was infectious. When I started watching things, I loved Eddie Murphy – probably before I was old enough to get it. I remember going to see Beverly Hills Cop in the theatre when I was eight or nine years old – my dad took me. They would take me to see anything. Then I started to get into Saturday Night Live. I used to stay up late as a kid and my dad loved Chevy Chase, in Fletch or Caddyshack. That was the only videotape my dad every bought, Caddyshack. So I used to watch that a lot. It had boobies and funny guys, which is all you need.

_ You have a dodgy wig and some good stubble at the beginning of The Millers. Was that uncomfortable?

Well, we didn’t shoot it in order, so the biggest frustration with all of this was my facial hair: I showed up one day, in Wilmington, which is hot as hell, with a full beard – it looked pretty scraggly, like a guy who didn’t give a shit and sold drugs for four hours a day then played video games or dicked around   on the internet. He is not the poon-hound that the guys in Hall Pass or Horrible Bosses are. But we didn’t do it in order, so I had to shave, then grow it back for the early scenes.

_ Have you had any bad road-trips yourself?

I think of all my road-trips as being really fun. Probably the worst thing I did physically was when I moved a bunch of furniture from Las Vegas to New York, and I drove from Vegas to Kansas City, my hometown, straight through – 24 hours – on DayQuil and coffee, and just stayed up the whole time, listening to a lot of very odd and very loud Christian radio. It was a van which didn’t have a CD player, so I had to listen to the radio. That was like my suburban version of Hunter S. Thompson, with DayQuil instead of mescaline. It’s much safer, haha. I didn’t want to mess up my sperm for when I procreate. But no flipped cars or spider bites on my nuts, thankfully.

_ What was your first car?

I have never owned a car. I would get rides from people in high school, and then I got my younger sister’s car when I was in Las Vegas. The only vehicle I have ever purchased and owned was a Vespa – I bought it with cash. And then, very sweetly, as an anniversary gift, Olivia got me a much, much better one, a more adult one, which I was very, very flattered by.

It’s great. She drinks me under the table. She knows the Lord’s Prayer. What more could you ask for? It’s fantastic.

_ And she’s not going to take your name when you get married, is that right?

I wouldn’t make her do that. I might take her name instead. It’s a much cooler name than mine.

_ Talking of drinking, what’s the worst hangover you’ve ever had?

I haven’t seen it, but I hear the third one… I’m kidding! That’s a joke. You made it too easy for me. The worst hangover I ever had was in Chicago after a night of drinking draft beer from what I now know was a pretty filthy tap. I woke up the next morning and thought, ‘I’ll put some waffles in my belly, that will settle things down,’ and then 20 minutes after that I was throwing up beer and syrupy waffles. This ia a horrible taste. Horrible. Horrible.

I would say there were two things: either being too hard on myself, and then pulling out nose hairs. Which is a physical example, I guess, of the first one.

_ Isn’t that a good habit, because then you haven’t got a hairy nose?

Yeah, but I think it borders on trichotillomania. I can’t stop pulling out hairs. But now rarely you will see one coming round the bend.

_ What did you want to be when you were a teenager?

I don’t know if I ever had any big-time aspirations. At that point, I probably wanted to play basketball in the NBA, but even then I knew I probably couldn’t do. Genetics had been screwed. But maybe I could have been a basketball coach.

_ What’s the best bit of advice you have ever been given?

It’s usually in the moment about something specific. The best advice, on the personal side, is the living and breathing one of my father by being just a kind, funny, loyal guy. Then, on the professional side, my uncle, George Wendt – who played Norm on Cheers – he was the same way, but as an actor. He stayed kind and approachable and enthusiastic about working throughout his entire time on Cheers, and he was an example of that long before I consciously knew I wanted to be an actor. It was amazing to see just how gracious he was with people, or when he was in Kansas City, walking round the city and everyone would buy him a beer. His ability to stay human with all the odd things that occur when you are on that side of the camera, and so beloved like he was. So there was no phrase or saying, but just the observation of those two. FIN 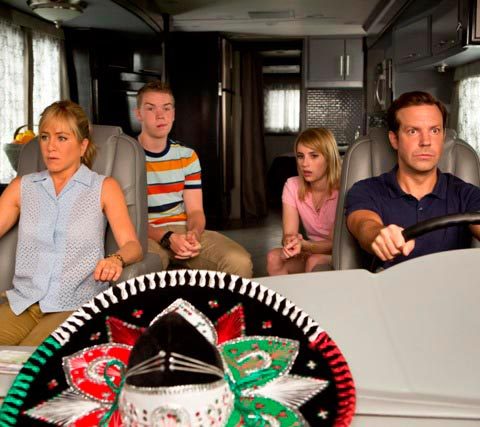 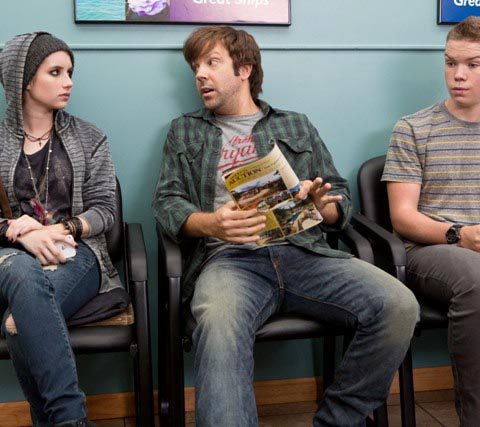 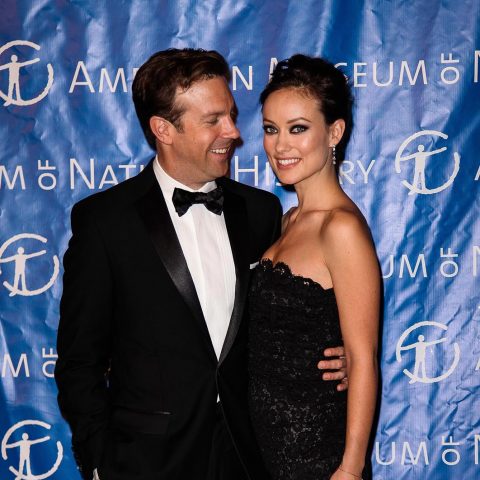 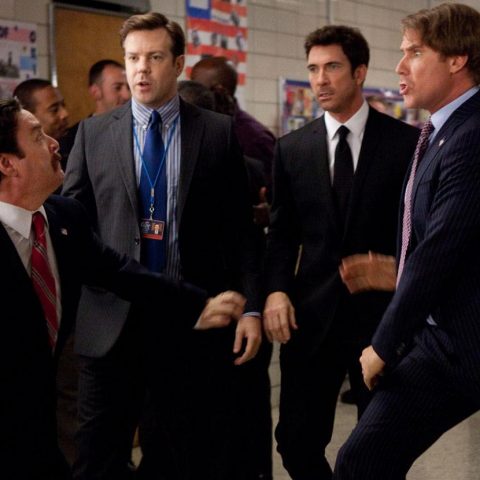 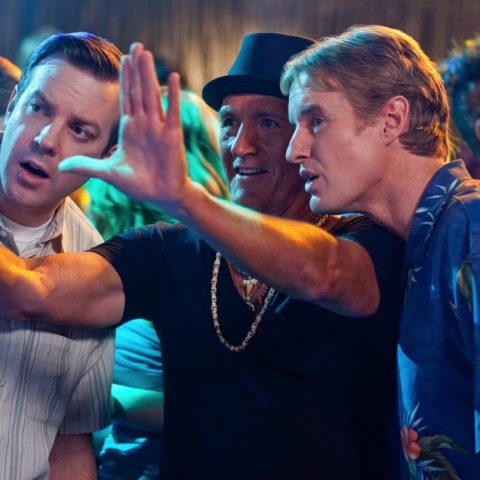 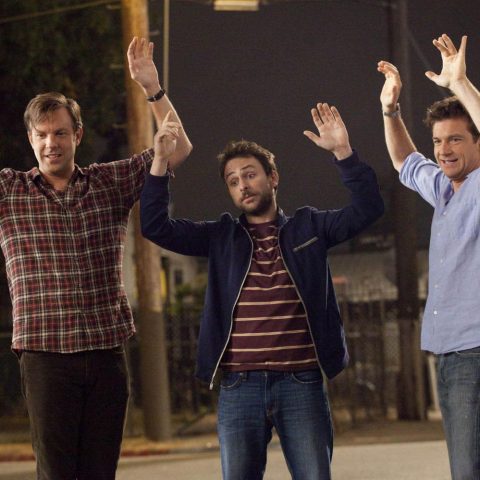 Next articleThe Most Disappointing Films Ever