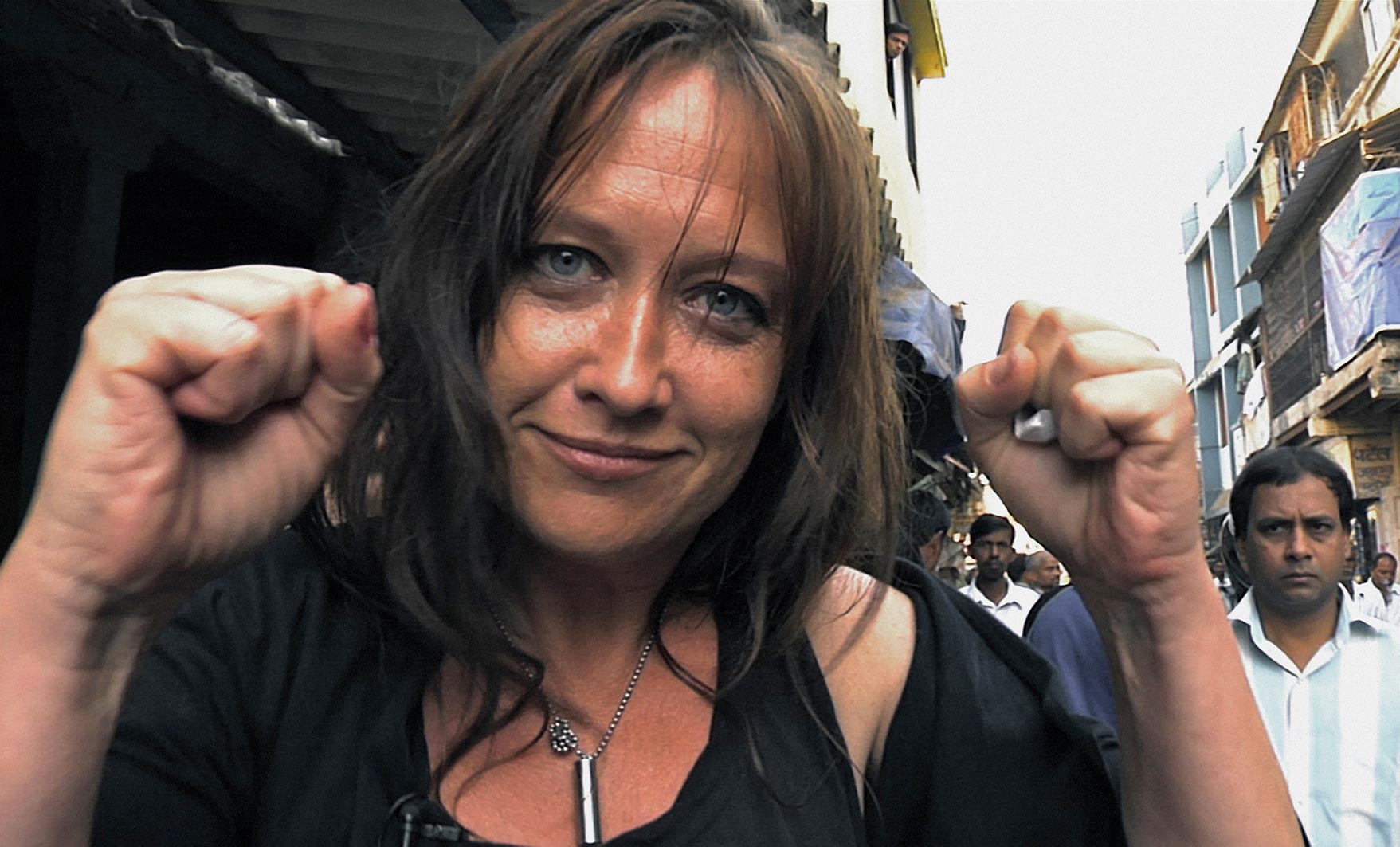 A serial killer (Vincent d’Onofrio) kidnaps a mother (Julia Ormond) and her son (Evan Bird/Eamon Farren) after they take a ride in his taxi. He murders the former and spares the latter, re-naming him rabbit and raising him as his own, with an education in human slaughter.

Welcome to Chained, the latest dark and twisted psychological thriller from Jennifer Lynch – daughter of David – whose 1993 debut feature, Boxing Helena, was so despised by critics that it almost ended her career. In the 15 years it took her to reappear with Surveillance – an enjoyably sick-minded serial killer thriller with a playful Lynchian vibe – she experienced pregnancy and single parenthood; a crippling spinal condition caused by a car accident when she was 19 (“My neck just started sinking into my shoulders, all my discs were blown, and then my lower back started filling up with spinal and brain fluid”), and a series of painful operations to correct it; addiction, and financial hardship.

When INDUSTRIA first met Lynch in Cannes in 2008, after the premiere of Surveillance, she was high on caffeine and joy. After years of personal and professional struggle, she was back: that film led to her being hired to direct Hisss, starring Bollywood beauty Mallika Sherawat, in India. However, what initially looked like a dream job, turned out to be a nightmare. The story of what happened is told in Penny Vozniak’s behind-the-scenes documentary, Despite The Gods.

When Chained came Lynch’s way, she was desperate for work. The result is her best film to date, and a great showcase for the underused Vincent D’Onofrio, whose lumbering murderer Bob is possibly the worst father figure since Fred West. INDUSTRIA caught up with the 45-year-old Lynch in London to discuss the film and her journey since her 2008 comeback.

Since Surveillance you’ve made Hisss and Chained. Are you making up for lost time?

Well I tried to do Hisss. Not my movie.

Really? Your name’s on it.

I shot footage and as I started to put it together they decided it was not what they wanted. They told me to go home for the rest of the week and ended up taking all the footage back to India and cutting it themselves, and colour timing it and scoring it. So it’s not my movie at all.

How different, then, is their movie to the one that you would have made?

I don’t know. People who care about me have said, ‘Don’t ever, ever see it.’ I liken it to carrying a child for nine months, and it was a difficult but joyous pregnancy, and I couldn’t wait and I was excited about my baby. And finally they cut it out of me and now it’s a Kardashian. So, yeah, I have nothing to do with that. And I resent, deeply, that they kept my name on as director and writer, because it doesn’t belong there.

Can’t you get it removed?

I could not have afforded going to court with them, and they were all the way in India. I’m just astonished they still have it on there. Rumour has it they thought it would be easier for them to sell with my name on it, because it had been publicised as this Hollywood-Bollywood thing.

Would you work in India again?

I would, for sure. I loved India. I loved how crazy it was. I loved how beautiful the people were. I loved their passion. And as hard as it was, I had a great fucking time. I would not work with those producers again. I don’t want to insult anybody, though. What happened happened and I can’t profess to know why they took it away. But I can tell you it wasn’t done appropriately. And it was probably to date my greatest loss.

There was a 15-year gap between your first two films.

It needed to happen for me to not only raise my daughter and get physically well, but to be willing to risk being disliked for telling the stories I tell. So sort of an adjustment period. And it’s still very scary for me out there because I don’t know when I’m going to work next. Unless I win the Lottery and start financing my own films, it’s all up for debate. I have plans, but those are just plans. You know, one promise life always keeps is change. So I’ve learned to have expectations but not carve anything in stone.

The last time we met was at the Cannes Film Festival. How important was it for you to have Surveillance launched there?

Incredibly important. Surveillance was: ‘I’m back. I’m doing what I love to do.’ And it got seen. It didn’t get the release I hoped it would but some people saw it, and appreciated it, and that was joyous. And then that got me Hisss. And I got to go to India with my daughter, and live in a whole different country and work with people who spoke a different language, and do crazy things, and not just survive it but live that life. It was exciting. I am grateful. But I got really sad and violently depressed and put on 60lbs, because it got taken away.

So what kind of mindset were you in when Chained came to you?

I was pretty depressed. I don’t know that I knew how depressed I was at that point. I had put on a lot of weight. I had been struggling to find a job. I didn’t know how I was going to pay the bills. I was in a place of terror. And when it came to me it was this gratuitously violent film. I needed the job, though, so I went in to meet with the producers and I asked, ‘Why did you think of me for something this violent?’

You had no idea at all?

Well I guess that’s my reputation, that I do horror and dark things. But I would never have thought that someone would associate me with the kind of violence (against women) that was in (Damian O’Donnell’s) script. I said, ‘I really love the idea, and I know you paid for it and you clearly want to make this movie, and I clearly want a job. Would you let me take a pass at the script, with your one-liner in mind, to make it more about why people become monsters and what this situation is between the man and the boy?’ That’s a scarier thing to me than just women being killed.

You touched on the same theme in Surveillance, where near the end a killer tells her female victim, ‘We’re not hurting you, we’re loving you,’ as she and her partner despatch her in a bizarre kind of menage a trois.

Yeah, I am very fascinated by the damage done to children and how that affects how they behave towards others as adults. If it can start a dialogue about ending child abuse, or minimising it at best, then I would love that. It’s always occurred to me that when someone walks in and is cruel to someone else, it’s because they’re scared or hurt. Nobody’s a dick just because, it’s a lot of work. But I want to investigate that. So I think yes, they’re very similar, the two films, in that I find it a lot more interesting to think that people doing bad things are doing them because they’ve been hurt.

Bob wants to be a good father to Rabbit but his good intentions are doomed because of his own fucked-up childhood. He thinks he’s helping but perversity is all he has to offer.

Exactly, it’s about that cycle of violence. And the difference between Bob and Rabbit is that Rabbit had a good mom for at least nine years; Bob did not. So Rabbit has that bed of goodness throughout all the damage. And I’m not suggesting he’s not totally damaged by this experience. But he’s able throughout to make better choices and hopefully not become a killer himself.

Inevitably, Chained plays into the whole nature/nurture debate. Clearly from your point of view we’re not the result of one or the other.

Yeah, I think it’s a combination. All of us are born capable of violence, and if we’re taught that, either through abuse or by example, then monkey see, monkey do. You teach someone to hold their fork like this and stab at people, that’s what they’re going to do. But I think nurturing has a lot to do with it. I’m sure there are a lot of people out there who could have become Jeffrey Dahmer but didn’t because that wasn’t what was offered to them by those around them. And I think Dahmer, as loving as his parents seem, something was going on there.

What was your childhood like? Was it a happy one?

Would you call it difficult?

It’s all relative. I can’t sit here and say, ‘Poor me.’ It’s not like I was the greatest looking kid in my orthopaedic shoes and my headgear – it’s not like all the guys wanted to date Jen – but I had a great life. I’d come home every day and we painted something or did something, and laughed and told stories. So I think it’s always been positive. I’ve always tried to make the best of it.

You raised your daughter, Sydney, like Bob is trying to raise Rabbit, on your own. Does this film also reflect your own thoughts or concerns about the legacy we pass on to our children?

I can say absolutely I’m sure they did feed into the film. Not consciously, but I think every time a choice is made it’s because of something that I experienced, for sure. A very clear example of that is when Julia Ormond slams the car door, locking the car door, and says, ‘Cover your ears, Mommy’s fine. Stay in the car,’ and she’s going to go in and take the bullet for him. That’s definitely what I would do. That’s what my maternal instinct says I should do. She knows he’s either going to hurt the kid in front of her or he’s going to take her inside, so there is no choice.

In Surveillance, everyone has a secret. Do you think we can ever really know another person?

I think you can know people but they can always surprise you or themselves. Because to suggest that I could know someone is to predict they never evolve. So I’m expecting that as much as I know my fiancé and my daughter, they will both behave in ways that are totally shocking to me at some point. And sometimes also shocking in a joyous way. I think we can know each other but we can never judge a book by its cover. You can say that’s what it looks like, but you cannot say that’s what it is until you get in there.

Yeah. I’ve always thought if I could make a toothbrush in a brightly lit bathroom scary I will have won, because everyone’s got a fucking toothbrush. If I can make a taxi cab driver and just a house dangerous and scary, then I have won. Because that’s the whole idea, right? After The Exorcist, all sorts of things were made terrifying. Hockey masks have been changed forever. I’m not quite sure why people are more comfortable with being frightened by the idea that something’s going to run down the hallway with a knife than they are comfortable with, ‘Oh my God, dude, it’s a fucking taxi. I don’t want to take a fucking taxi, I’ll walk.’ To me that’s fun. It’s a way of looking at, you know, maybe we don’t judge each other badly all the time. Maybe we judge each other too well. And we shouldn’t. 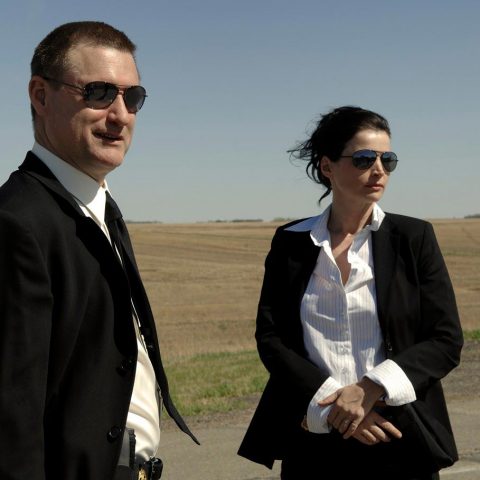 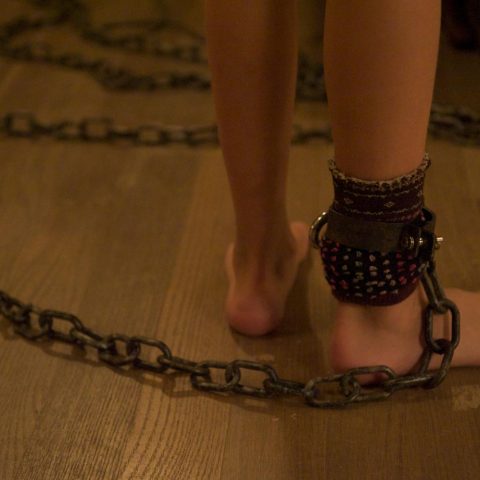 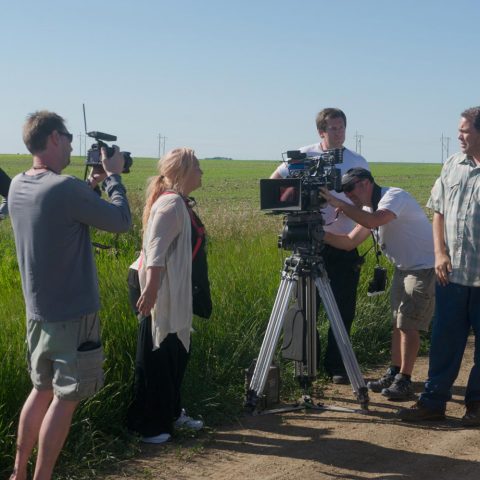 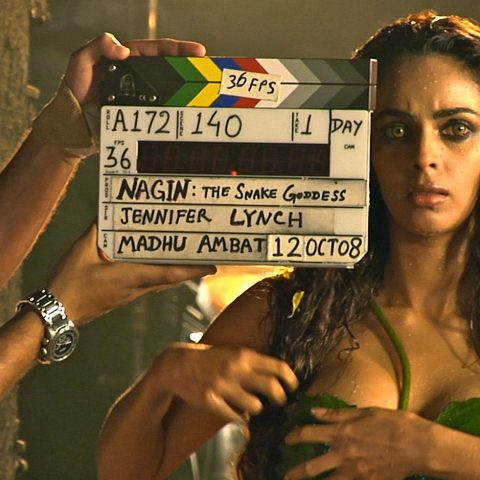 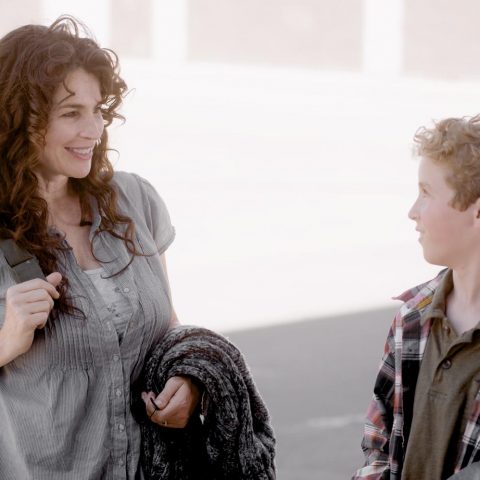