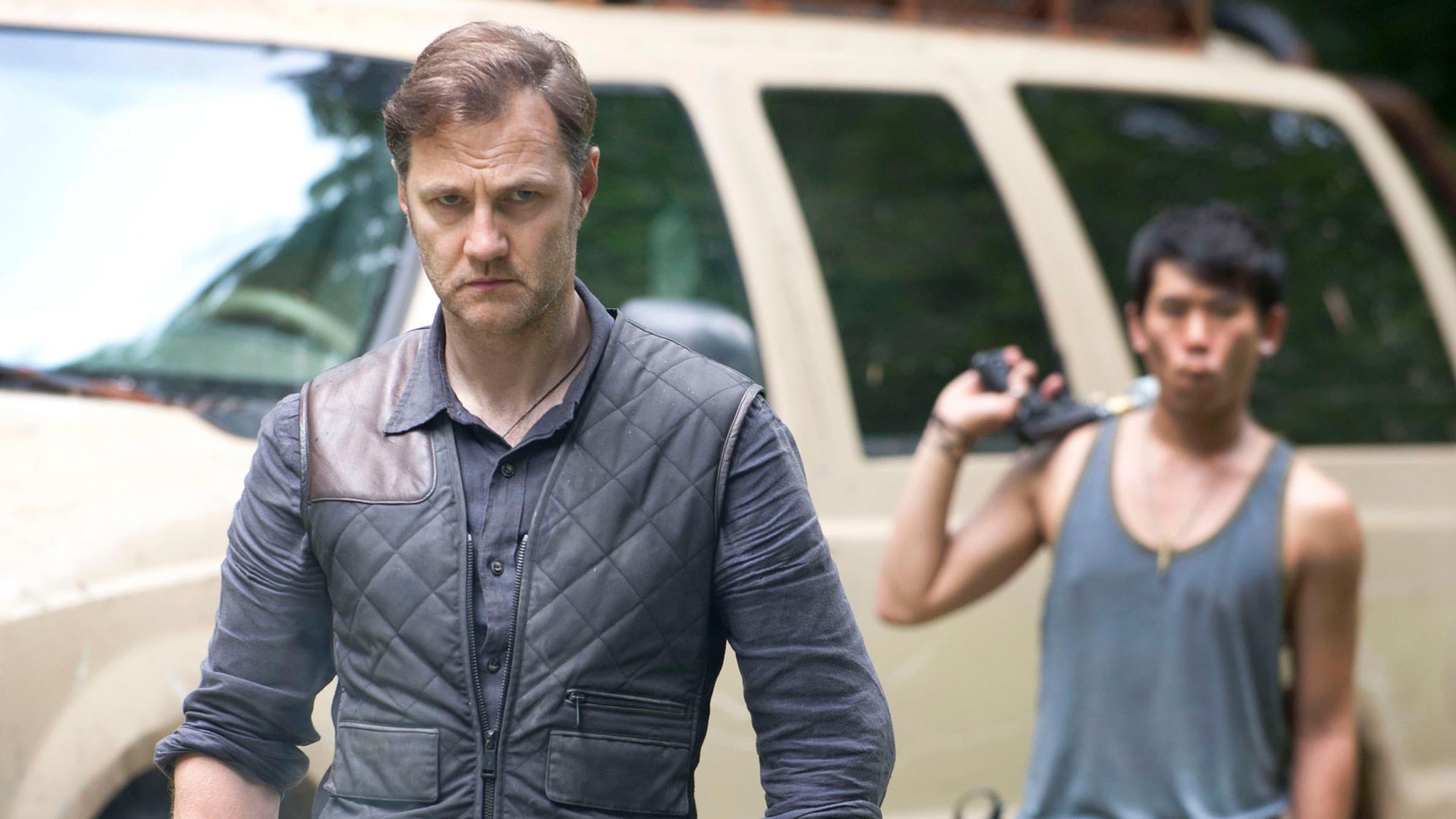 _ After years at the TV coalface, 48-year-old Liverpudlian David Morrissey is finally in the position he was meant for: the head of a rag-tag bunch of bereaved rednecks who are defending their town against an endless army of zombies in The Walking Dead. The inscrutable face that made him so perfect for ultra-realistic dramas like State of Play, Red Riding and Thorne, perfectly radiates the quiet malice, intent and intelligence you’d want, nay, expect from the charismatic leader of a post apocalyptic town. Ladies and gentlemen, meet The Governor, he’d like to show you around…

_ When did you first hear of The Walking Dead?

I’ve known Andrew Lincoln (Sheriff Rick Grimes) for a long time, so I watched the first series because of him. I was hooked straight away. I loved the combination of production values, writing and the seriousness with which it treats the subject matter.

_ The Governor is yet to appear in the series, but fans of the graphic novels will know him well. When did you first come across him?

I went to LA in February, and while I was visiting, my manager said they wanted to see me for the show. I was a big fan so I was buzzed and it happened very quickly from there. The first thing I read, on Robert Kirkman’s (creator of The Walking Dead) advice, was a novel, rather than the graphic novels, The Rise of the Governor. And I loved that. I’ve taken that as the template going forward. In the comics he arrives fully formed. And for me I didn’t want to bring him in at that point. So in the series we meet him a little bit before that.

_ He’s a much loved character. Any fear in taking on a role with such an established fan base?

I always feel pressure. Whatever the job is. It’s like a wobbly tooth, you can’t stop sticking your tongue in there in terms of fretting and worrying, and that’s where the pressure comes from for me, in making sure you’re delivering what the writers are putting down on page. I did Doctor Who, which has a huge fan base, and straight after that happened, David Tennant announced he was going to leave. Then there was this big thing about who was going to be the next Doctor and suddenly, it was going to be me! And that went on for nine months, and Russell (T. Davies, then Doctor Who writer) kept saying, ‘You can’t tell anyone you’re not going to be Doctor Who.’ I said, ‘Well I can tell my children,’ and he said, ‘No way.’ So I’ve had some of the fan based thing. At the moment I’m right here getting it done. I think when it hits the screens we’ll see if the fans like me or don’t. And that’s out of my hands.

_ The Walking Dead is relentlessly bleak, so why do you think that makes it such compelling TV?

As I said, it takes its subject matter seriously. There’s no winking at the audience. These people are in peril and we love them. You care about them and the world they’re in is dangerous. So when they’re fighting for their lives, you’re fighting with them. People like to get involved with them.

_ What makes zombies such a compelling monster?

I think it has to do with how close they are to humans and that they were once us. At the risk of sounding wanky about it, one of the things I read before the show started was a book called The Black Plague and the Transformation of the West. It’s all about how people survived the plague. It was a fantastic read about how man felt they were going to be wiped out and every strata of society had to re-educate themselves.

_ The Governor is a leader in the purest sense of the word. Did you take any inspiration from public figures?

No one specifically. It’s all of these people that run their own communities, these cult people and how that’s gone bad. There are certain politicians who’ve used fear to control people. It’s about humans being driven by fear. It’s like the tag line for this series ‘Fight the Dead, Fear the Living’. How do we as human beings react to each other when we’re fighting? And how can that fear then be utilised?

_ Did you have to go to bootcamp? Learn how to be a survivalist while eating berries?

Filming the show is knackering! It’s physically demanding. In Atlanta it’s hot. Not just for the actors, but for the crew. At least I get a scene off now and again and can grab a coffee. For them it’s non-stop. It’s running, fighting and it’s full on. I love it. You know you’ve been to work at the end of a day on The Walking Dead.

_ Are all the zombies real actors? Or CGI?

Oh yeah, they’re real. That’s why as a luvvy actor you can never go, ‘Oh I’m terribly hot can you get me some water?’ because there are guys who’ve been there since 4am covered in make-up and they’re surrounded by flies. Seriously though, you absolutely brick it when those guys come round the corner. The care and attention that they put into their work is amazing. The people playing the zombies, they know who they were when they were alive, they know how they died, they know everything about that zombie. And that’s what makes them dangerous and scary, they’re all individual, and that could be you tomorrow.

_ How would you do if it all kicked off?

That’s the absolute carnal question of the show. What would you do? You have your fantasy self, and he’s heroic and brave and saves your family. But your real self, you just don’t know. Crisis sometimes means that good people get wasted, and bad people rise to the top.