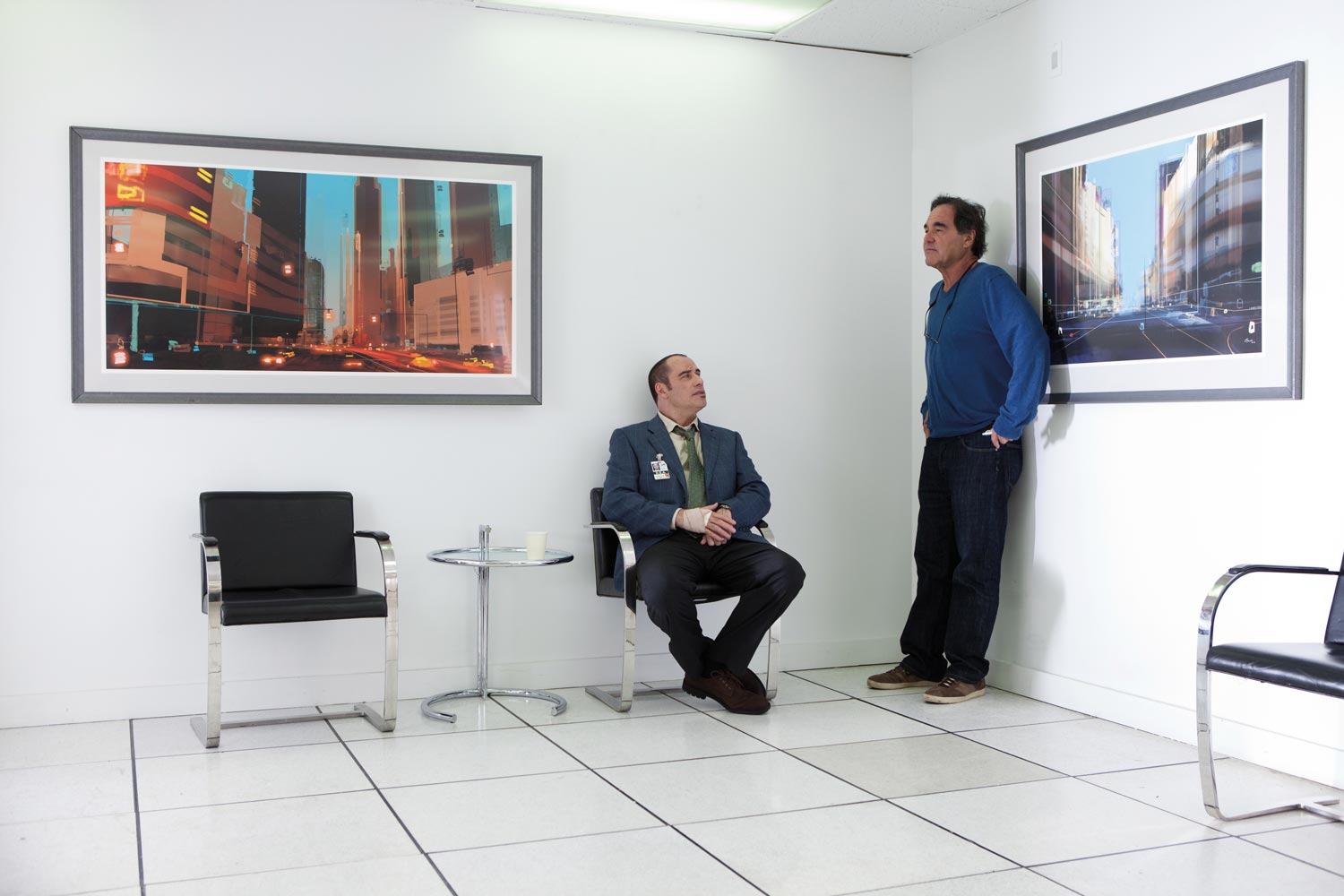 _ “There’s something in film stock that you cannot get with digital. People say that it’s so much better, and James Cameron, Michael Mann and George Lucas all led the way. My protest against digital has been me saying, ‘What’s going to happen to film?’ The result is that Kodak is out of business. That’s a national tragedy. We’ve got to keep making film.”

As a director who loves to mix old school film stocks with VHS (see JFK and Natural Born Killers) Oliver Stone was perhaps never going to embrace the new technologies sweeping through the film industry.

“We can’t give it up,” says the 65-year-old New Yorker. “It may be like the baseball card business and it’ll be antique, but I don’t think it’s going to go away. It’s like books. You don’t always have to have an e-book. You can have a real book. I’d like to see the old way maintain. Sorry to be preachy.”

_ As if to emphasise this Stone has shot his new movie Savages on film and admits the look of it – which mixes saturated pictures with black and white as well as computer and video images – is influenced by the likes of old school Sergio Leone’s spaghetti Westerns and King Vidor’s Duel in the Sun. The writer of Scarface is also on familiar ground with Savages, an adaptation of Don Winslow’s novel, about three friends (Taylor Kitsch, Aaron Johnson and Blake Lively) who come up against a Mexican drug cartel run by Salma Hayek (with a little help from Benicio Del Toro).

_ So you weren’t tempted to make Savages digitally?

I make a film like this every two years, so every time I come back to it there’s new technology going on. And now, truly because of the projections system, we’re moving inexorably to a digital projection. The consistency of film print projection was always widely variable. I would go to the theatres in Texas or Alabama, and sometimes there were mistakes made. Sometimes they don’t change the bulbs. On the other hand, the irony of the whole situation is that film is still, in my opinion, without a doubt, 15 to 20% better than digital. In its range and its blacks, and the depths of its blacks. If you see it with a good projector, the colours pop, and I love that.

_ Like the book there are a lot of characters in this movie, how did you prioritise what had to be in there?

We cut a lot. The book is 120 scenes and we had 30 scenes to play with. We had to consolidate so much. There were so many things that are different in the movie than the book. But the book definitely inspired me. Don Winslow did a great job of writing it. We have some good deleted scenes that you’ll see one day that are fun, but they had to go. Benicio’s home life was among them. And Uma Thurman played Blake’s mum.

_ It’s a big role for Blake Lively as she’s the film’s narrator as well as lead actress.

I think it’s good that every actor is the best advocate for his or her own character. A good actor will be thinking, feeling and questioning, and Blake was one of the most aggressive, in terms of questioning everything in the script. She’s very elegant and sophisticated. She reminds me of a very smart Meryl Streep, at that age. She could go all the way. She’s got the chops.

_ People might think Salma Hayek is an odd choice as the villain.

I had no choice. When you meet La Reina del Sur, she’s tough. Salma came from Mexico and she just propelled herself to Hollywood. I guess she didn’t speak much English when she got here. I met her years ago, when I did U-Turn. The first time I met her, she said, ‘You son of a bitch! You didn’t even see me for. You gave it to Jennifer Lopez!’ I was stunned because I didn’t know her. But 15 years later, I didn’t even see another actress. I wanted Salma. I wrote her a note that just said, ‘You’re the one!’ Now, Jennifer Lopez is going to come after me.

_ How much research did you do into the drug cartels?

I went to Mexico and talked to a few people who are heavy down there. But this is not Traffic it’s hypothetical fiction. It’s in the interest of the Mexican cartels to keep it south because, if they start to move here, they’re going to get a lot of bad publicity and there will be a lot of consequences. We do have an independent growers market and they’re very good people. They grow great stuff. It’s the best I’ve had in 40 years. Mexican weed is shit, as we say in the movie.

_ Do you think the drug war can be won?

There is no closure in the drug war. The truth is that people do get off scott free and it’s unfair. A lot of the top drug people who have been arrested are also free. There are deals made, all the time, and there’s a lot of corruption that works both ways. 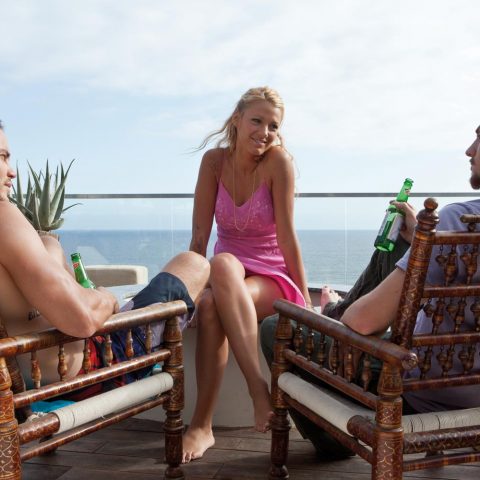 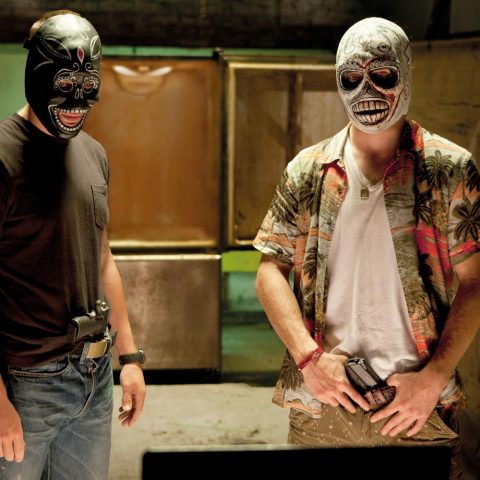 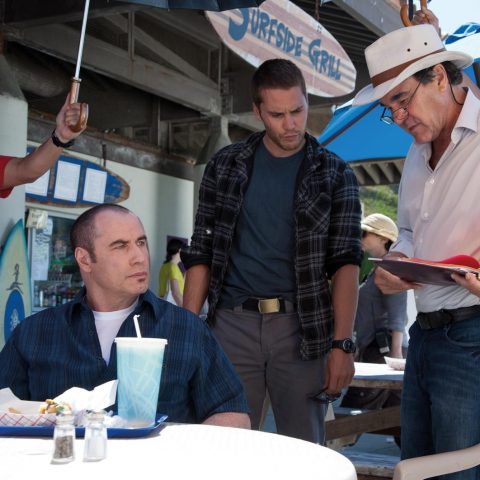 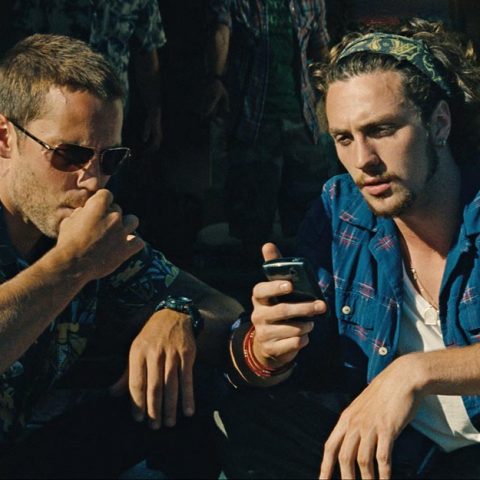 Next articleThe Leader Of The Pack – David Morrissey