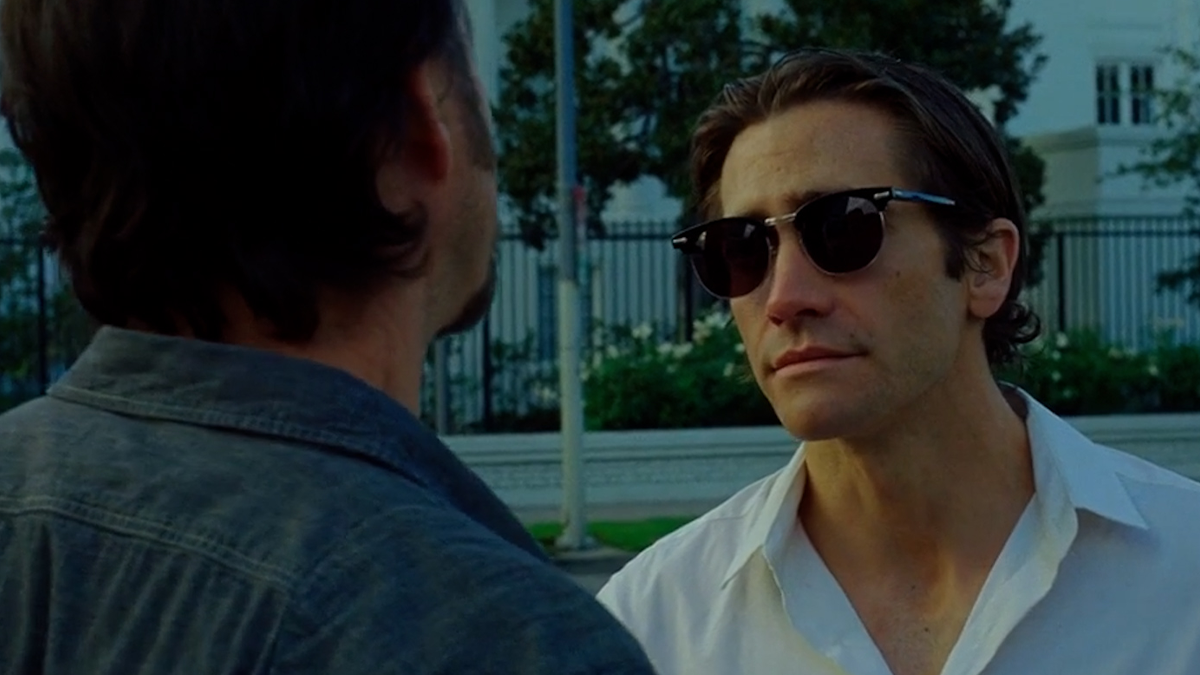 The seedy side of freelance video journalism is explored in Dan Gilroy’s neo-noir thriller Nightcrawler. Jake Gyllenhaal stars as the ambitious and morally depraved Lou Bloom, and does what Jake Gyllenhaal does best — plays an intense, bug-eyed obsessive that you cannot help but watch. The film introduces us to the world of stringers (people who film roadside car crashes to sell to network television news shows), something that Bloom not only enjoys but excels at. It also toys with the relationship between the consumer demand of shocking and horrific news and and broadcasters willingly supplying it. Riz Ahmed and Bill Paxton round out the stellar cast, with Ahmed delivering a great performance as a young up-start ready to do anything to make a buck. Similar in a lot of ways to American Psycho, the film blends genres leading to a debate over what it is, and is both horrific and funny with Gyllenhaal stating, “Gilroy and I were laughing pretty much the whole movie.”

But did you know…

1) Gilroy originally conceived the initial idea all the way back in 1988, after seeing the photobook Naked City by photographer Arthur Fellig (better known as Weegee) who specialised in sensationalist imagery. He put the idea on hold after the release of The Public Eye, which was somewhat based on Weegee’s life, but the idea kept niggling away until he came across the stringer profession and finally had a new angle.

2) The character of Lou does not have a traditional character arc, something Gilroy deliberately left out. He felt that Lou is the sort of person who is at the stage of his life where he will not change. He rather wrote the film as an ‘antihero success’ story.

3) Gyllenhaal lost close to thirty pounds for the role through a mixture of running and extreme dieting. It was not scripted or even discussed, but he was inspired to do it when Gilroy described the character of Lou as a “coyote… driven by its never ending hunger”, and the best way to translate that idea was to visually show that hunger.