The Skeksis in The Dark Crystal

You know – the screaming, skeletal, reptilian vultures who kidnapped the impossibly cute Podlings, chained them down, then ritualistically sucked out their “life essence” until all that remained was a zombified, withered shell. Not, we imagine, a great seller in the Christmas plush toy battles of ’82.

So, just to recap Eric Carle’s 1969 illustrated classic: a green baby caterpillar hatches from an egg, experiences a Marlon Brando-esque craving for food, eats everything he can find, vomits, falls asleep… and then wakes up beautiful. Thirty million copies sold in 40 languages later, and there you have it: the primary trigger of the world’s child obesity crisis.

The shoe in Who Framed Roger Rabbit

Still, to this day, a set school text for UK 13-year-olds, Michelle Magorian’s 1981 novel about WW2 child evacuees is a cheery tale of sleepiness, daydreams and… wait. Actually no: we mean a chillingly graphic depiction of death, war, isolation, anti-Semitism and horrific physical child abuse. Culminating in the titular Mister Tom finding his young ward William locked under the stairs by his mentally ill mother, almost dead from starvation and weepingly cradling the decaying body of his baby half-sister in his lap. So: not the ideal subject for classroom japes, then. 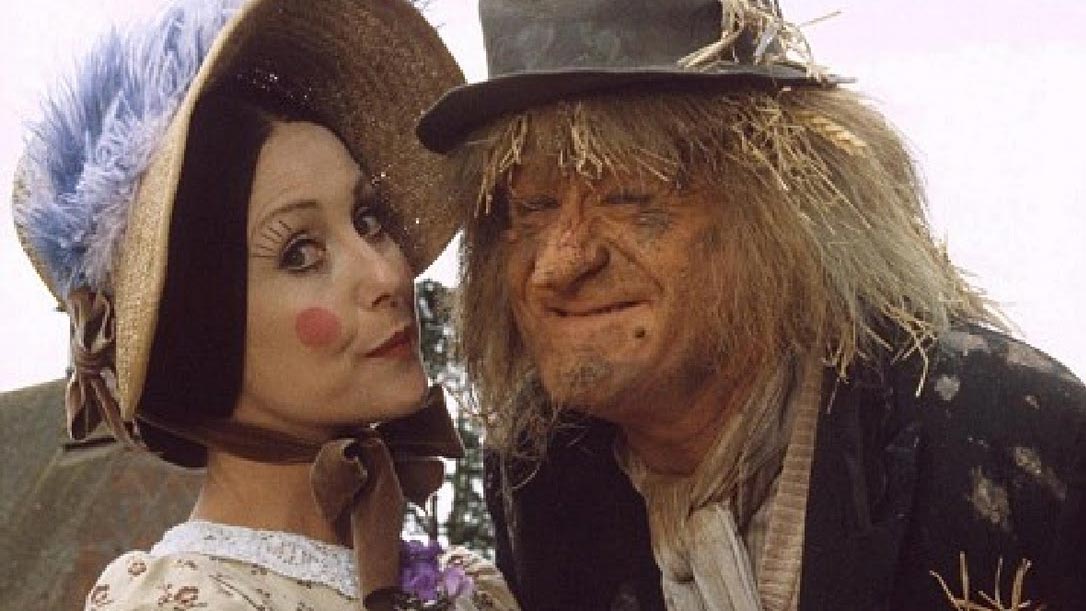 Predating – and out-frightening – Batman’s foe Scarecrow: the 1979 adventures of a straw-haired yokel imbecile blessed with the ability to swap heads. Although – spoiler alert – he always seemed to plump for the one resembling coke-period Owen Wilson. 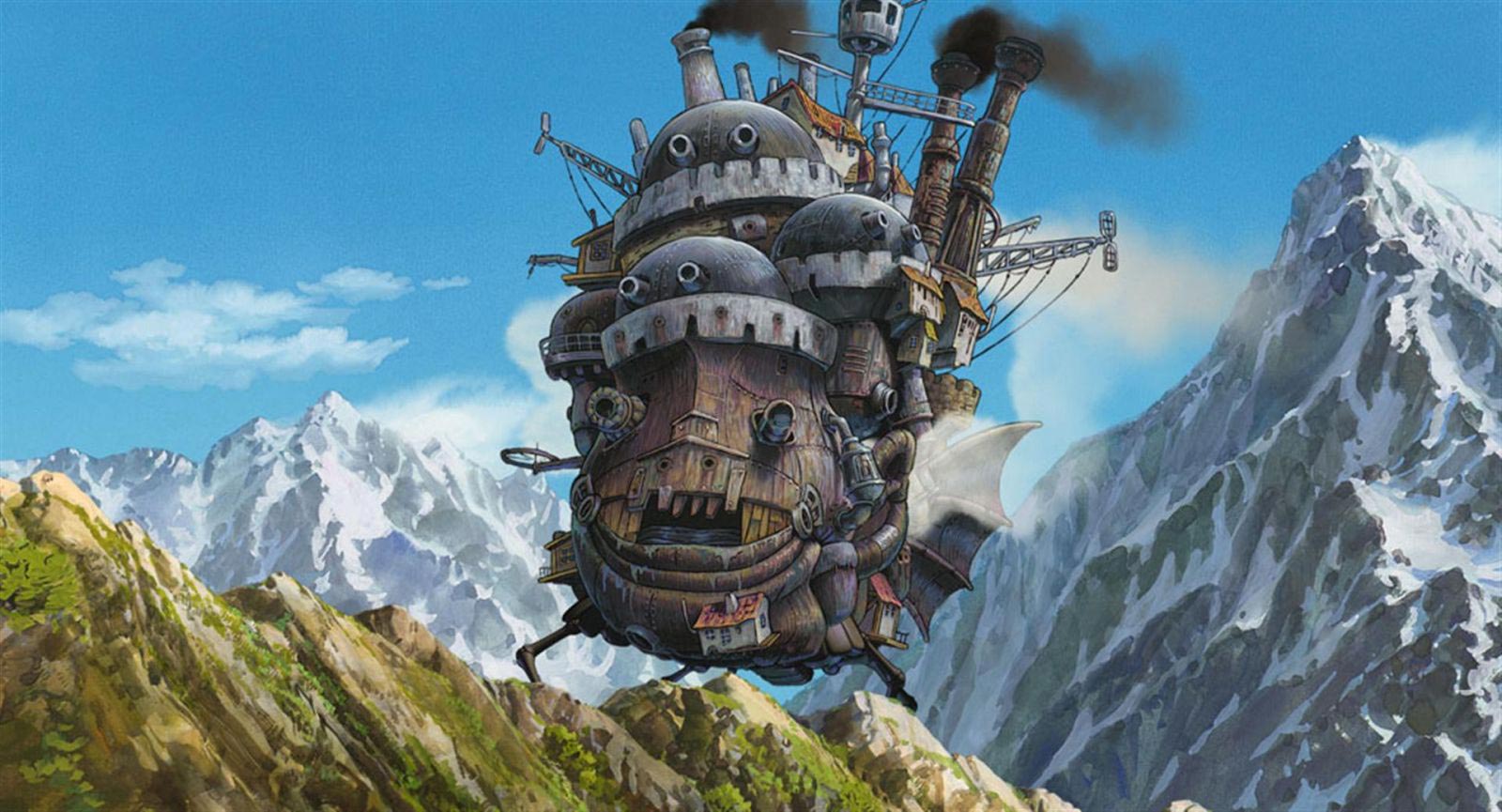 Because an itinerant life in, essentially, a big untidy caravan is exactly what children should aspire to. Well played, Studio Ghibli. Well played.

Former newspaper cartoonist Theodor Seuss Geisel claimed none of his 46 books had an ethical slant – stating that “kids can see a moral coming a mile off.” Which is odd, as his light-hearted anapestic tetrameter seemed to hide a wide range of very adult social issues. Take 1950’s Horton Hears a Who! – a Truman-baiting battlecry for anti-isolationism. Or 1958’s Yertle the Turtle – a salutary warning on Hitler and anti-authoritarianism. Then there’s 1961’s The Sneetches (racial equality); 1971’s The Lorax (environmentalism and rapacious consumerism); and 1984’s The Butter Battle Book (the nuclear arms race). Not to mention his weird hard-on for feline millinery. 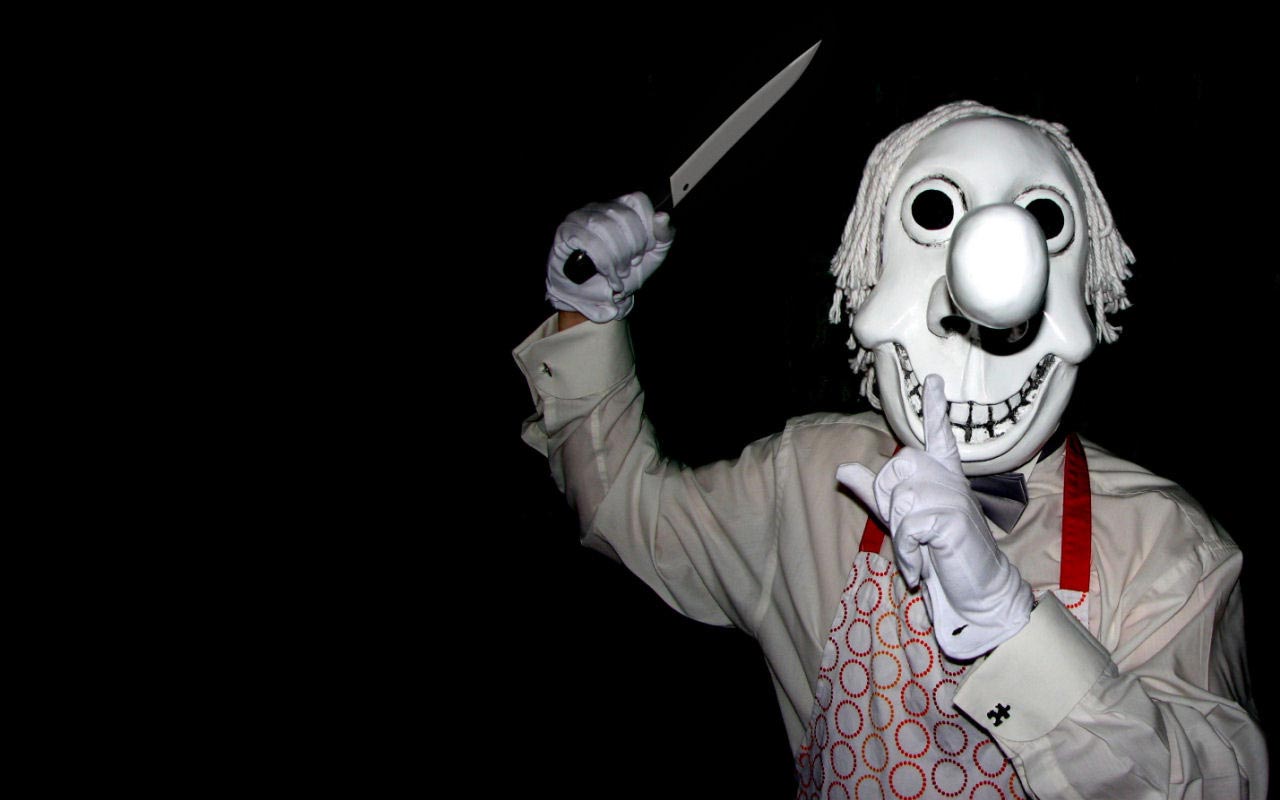 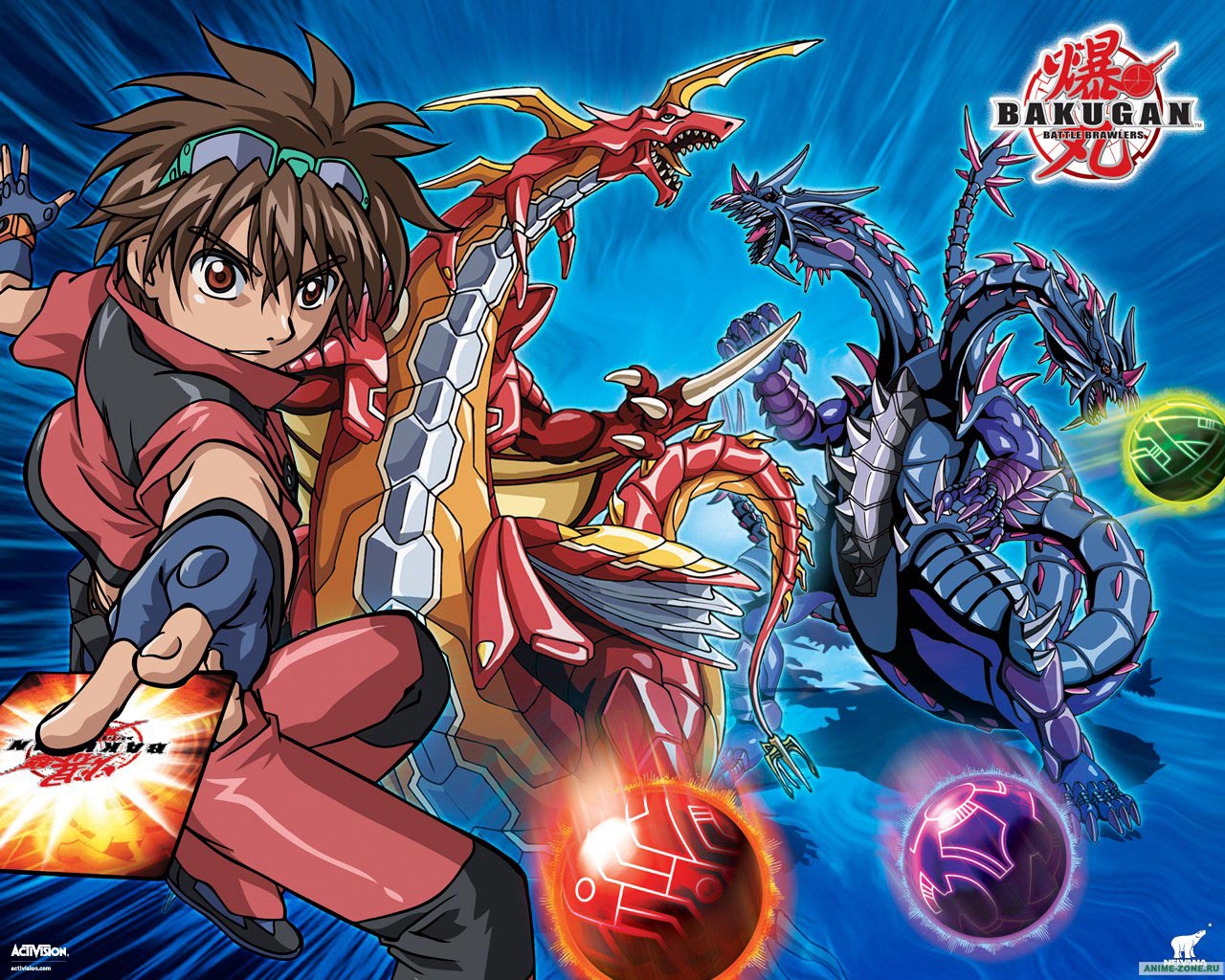 Mental Japanese cartoon that looks about one exploding sphere away from an attractive school girl getting her panties stolen by a vengeful space octopus. Then again, we think that of all anime. And Japan in general, come to think of it.

Just imagine the smell from what he’s “soaked up”…

UK children in the early 1970s had many things to fear. Rickets, nuclear apocalypse, Ted Heath’s three day week, being felt up by a Leeds radio DJ; the list went on. But ranking high was also one episode of sci-fi drama The Boy From Space – specifically when a pale, gangly alien pederast silently chases Helen and Dan across moorland, like a jerky accountant version of the T-1000. No-one ever remembers seeing the next episode, however. So it’s entirely possibly they’re still out there, still running, now in their mid-fifties.

In The Night Garden 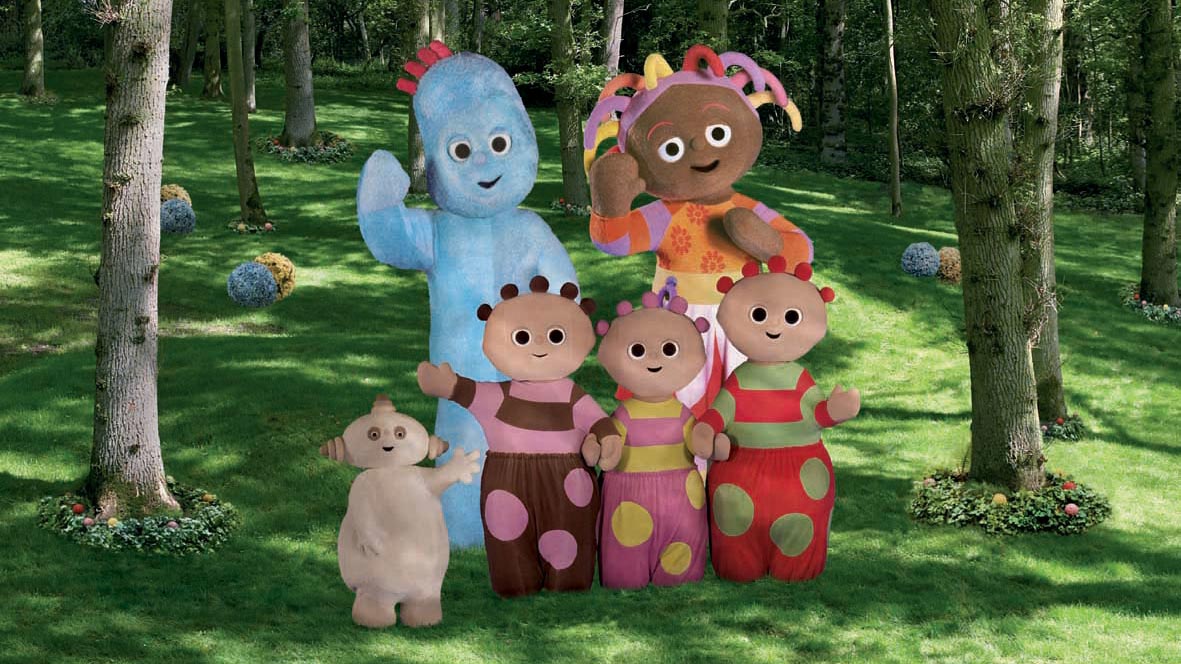 …is where they grow the really good shit, apparently. Specifically this CBeebies-brand of toddler crack: 100 episodes of mind-blowing, non-linear, hypnotic surrealism – all breathily narrated by Derek Jacobi, and all apparently filmed on What The Fuck Island. And at the centre, the three drug kingpins Igglepiggle, Upsy Daisy and Makka Pakka – the latter a kind of a velvetine Biggie Smalls, who perambulates the garden dealing “Agga Pang”, a substance he makes from Pom Pom flowers using his Uff-Uff bong. Whatever: none of it makes a lick of sense to anyone. Except your two-year-old – sat there silent, utterly hypnotised and making a mental note to try PCP when he’s 15.

Dumbo off his tits

In 2008, three people were killed as a 70-strong herd of wild elephants rampaged across West Bengal. The cause? Copying their animated forbearer, they were drunk on local hooch produced for a festival. Blood on your hands, Disney. Blood on your hands.

The fact Disney mysteriously re-voiced Pooh as a husky Ohio 60-year-old was chilling enough. But worse is A A Milne’s oft-overlooked final chapter Now We Are Six – where Christopher Robin takes Pooh up a deserted hillside to explain to him that childhood’s now over. He’s leaving him to go to school, the place where “they won’t let us do nothing anymore.” Written just after WW1’s carnage, many saw this as Milne’s metaphor for a lost generation of childhood. Or, perhaps, that taking a live bear to school might not be for the best.

“Finish him!” booms the faceless ringmaster. Your finger lingers over the A button, the exertion dampening your brow. You lick your lips, savouring the thrill. Your digit tenses, deliciously. And lo: in five frames of shaky animation, your onscreen character reaches across… and tears the spinal cord out of your opponent. As he jerks wetly on the floor, your stomach clenches; you grin the grin of bloodlust. You are eight. You will never be eight again. 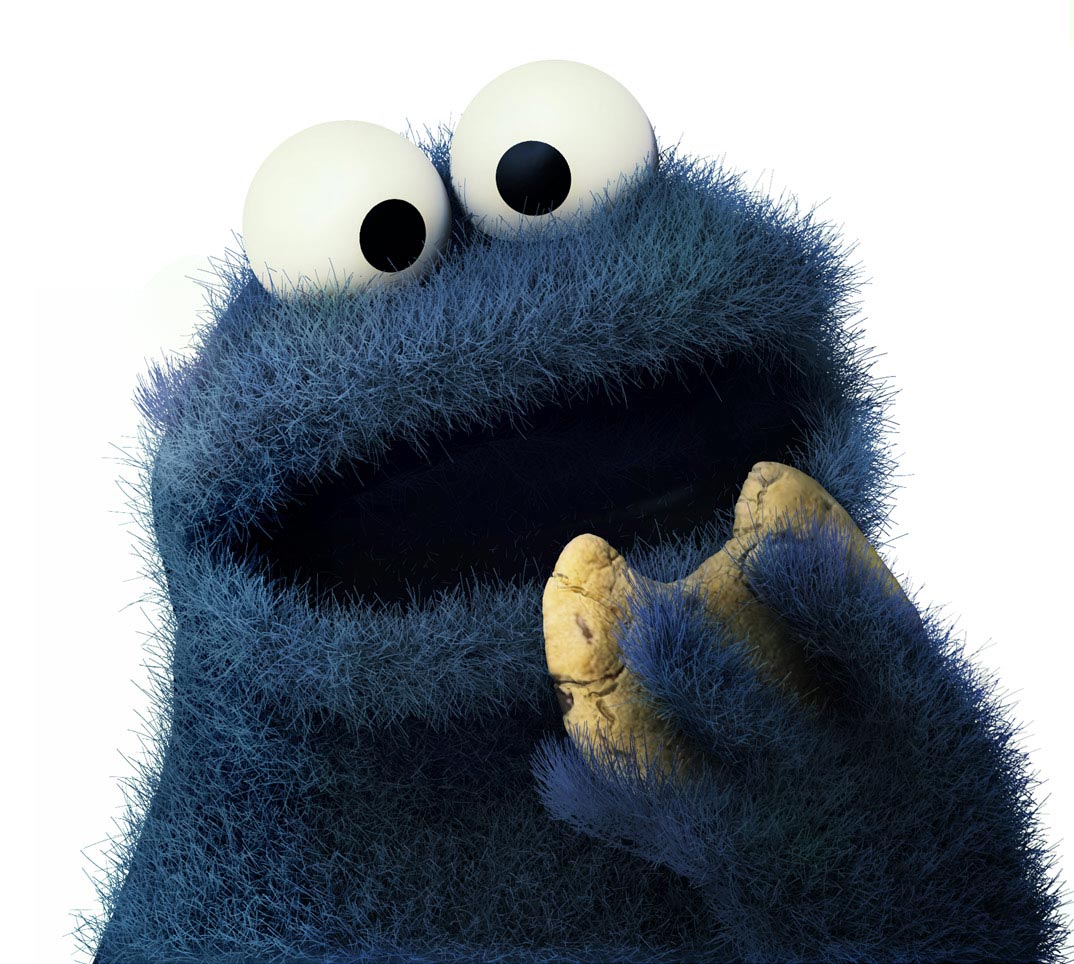 Entirely responsible for the dangerous 1980s craze of shovelling biscuits into your mouth, chomping crazily, then letting all the bits fall onto the floor. While making a noise like Louis Armstrong mid-climax. 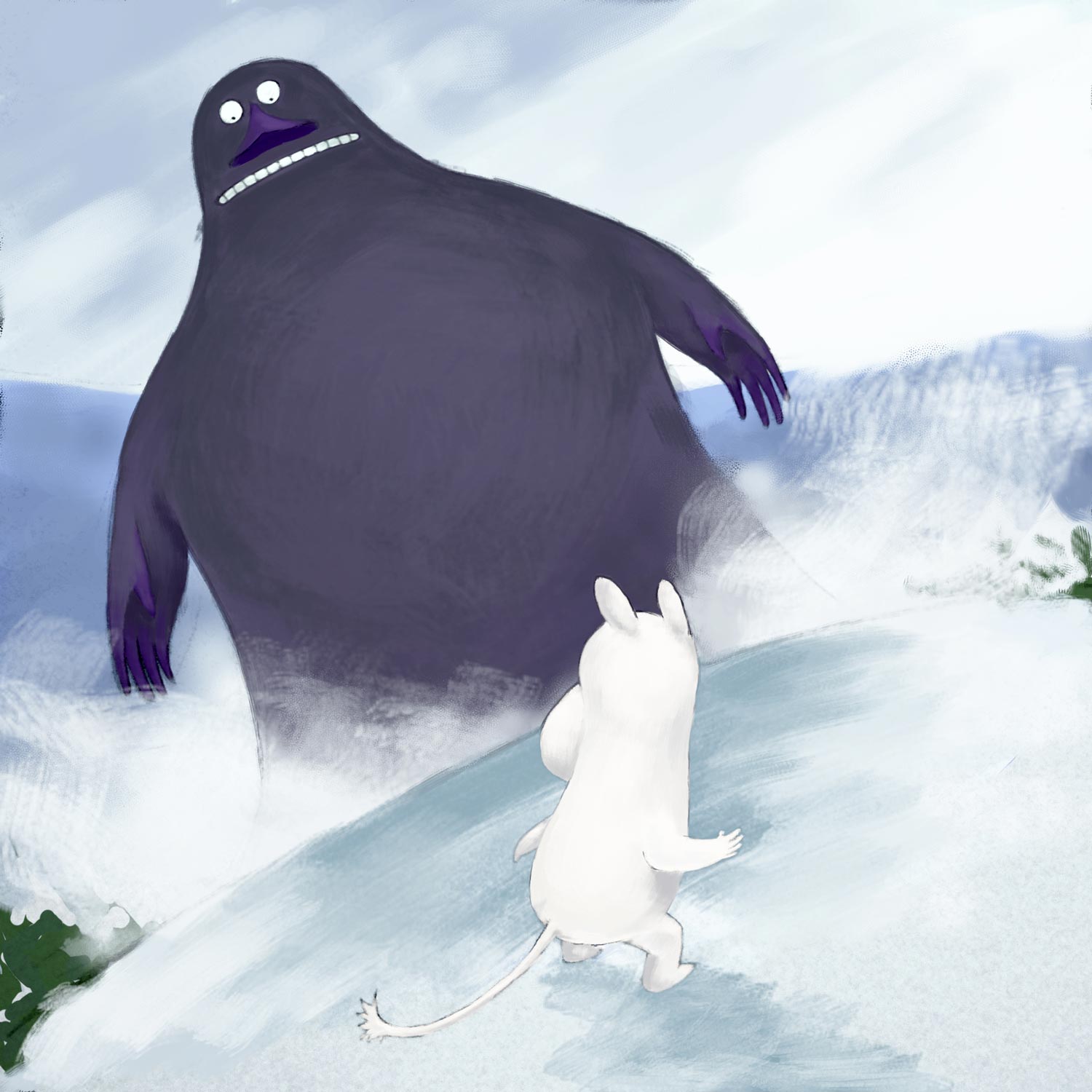 Was 1980s kids’ TV secretly funded by a psychiatrist lobby trolling for future customers? Because nothing says “children’s light entertainment” quite like this 1983 treasure: a traditional Scandinavian horror tale of taciturn albino hippos being hounded by the Groke (a blackened physical manifestation of depression that freezes and kills everything it touches)… that’s animated in Cold War-era Poland.

The petrifying chief of the Efrafa warren in Watership Down – drawn with obvious relish for the 1978 movie adaptation as a one-eyed, snaggle-toothed, gore-clawed psychopath who once killed a dog in Nuthanger Farm. A dog! Weird how, in our heads, he now mauls Art Garfunkel too.

The KLF “do” Top of The Pops

Christmas Day, 1988, 2pm: on TV, a baffling tableaux is unfurling. The notoriously “art school” band KLF perform their new single Doctorin’ The Tardis, dressed in black KKK robes and drumming manically over distorted robotic screaming. But wait – what’s this? Oh, only international convicted paedophile Gary Glitter, rising from the stage in a puff of dry ice while leering down the lens and gently cupping his foil-wrapped genitals. In living rooms across the nation, dads simultaneously mutter “there’s something not quite right about him” with startling prescience. You, suddenly embarrassed on behalf of your generation’s cultural output, reach for the remote. Hell: even Noel’s Christmas Presents has to be less toe-curling than this.

The first ten minutes of Up

Infertility, a heart attack, death, depression, loneliness and finally eviction. Wow – thanks for throwing some sunshine on that one, Pixar. Good job we were still in the lobby arguing over pick ‘n’ mix, eh? 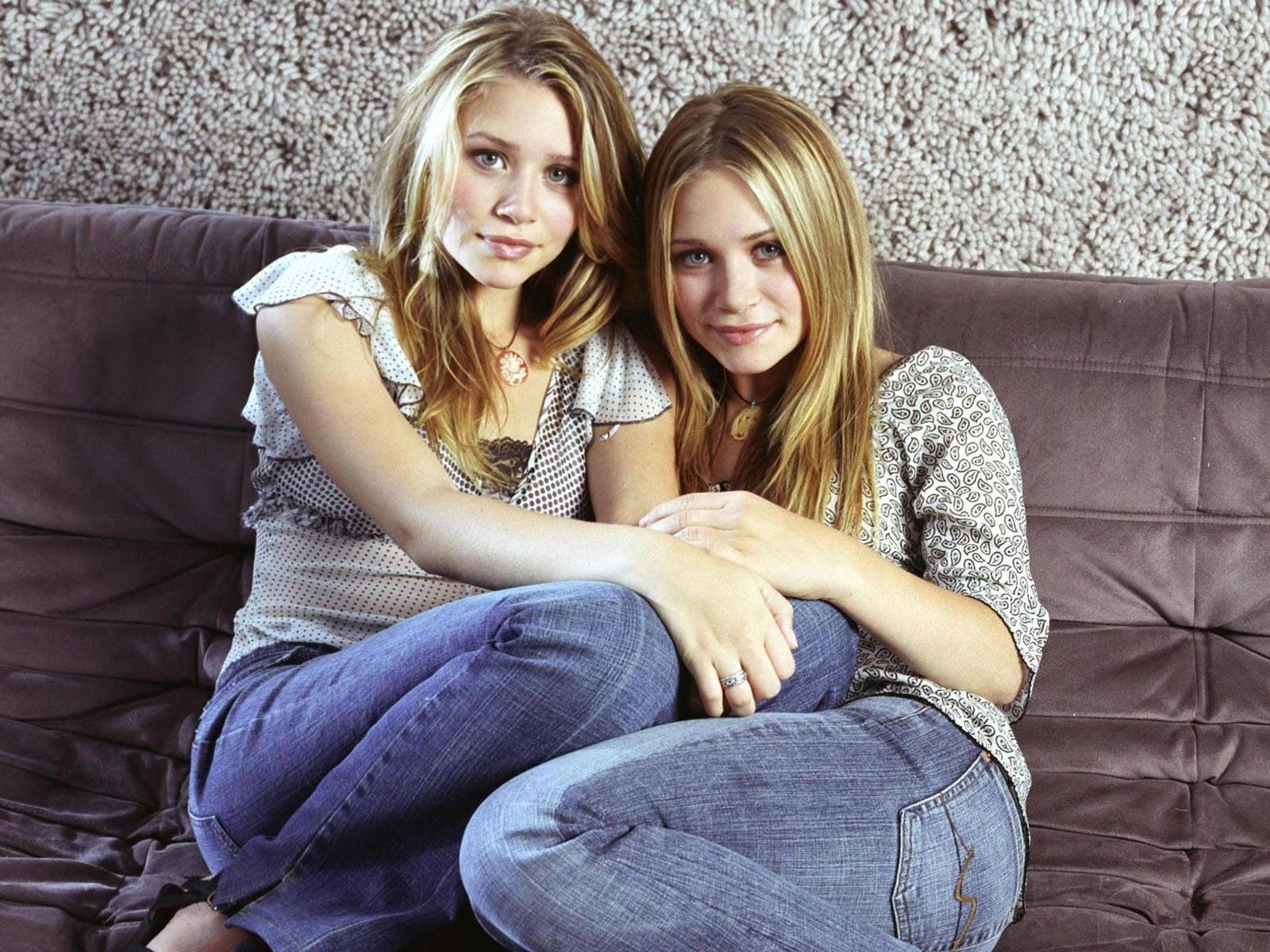 Two lessons learned. One: it’s never too early to start encouraging young girls to be yo-yo dieting, celebrity-obsessed, boy-hungry, acquisitive morons whose thin veneer of independence conceals a raging whirlpool of neurosis and status anxiety. And two: whoever coined the term “tween” needs to be messily torn apart by an escalator.

Funny thing, hindsight. In retrospect, here are a few things safer to leave your children around: 1) A rucksack full of rusty knives 2) A burning oil rig 3) The M25.