Like the Ashes and the Olympics it’s usually a four-year wait for any new Cameron Crowe project to come along. But after the critical mauling 2005’s Elizabethtown received you could perhaps understand why there’s been an even longer break between projects. Crowe’s personal, character-driven movies – Say Anything, Jerry Maguire, Almost Famous – and their equally passionate soundtracks have always divided people, with Elizabethtown in particular on the receiving end of a vociferous online backlash.

“There are a couple of camps of film criticism: direct impulse blogging and then somebody who really digs in and takes time to write a thoughtful review,” says the 54-year-old from Palm Springs. “I think they’re both valuable. Some of the snarky stuff makes me laugh. I also like it when someone dares to just say, ‘I like it,’ even if they have to defend the fact they can be positive with a, ‘Fuck the world, I liked it.’”

Perhaps mindful of the naysayers, next month sees the release of Crowe’s most mainstream, crowd-pleaser of a movie since Jerry Maguire. It’s an adaptation of Guardian writer Benjamin Mee’s book We Bought A Zoo, starring Matt Damon and Scarlett Johansson, about a father who purchases a ramshackle menagerie in an attempt to heal his family after the death of his wife. Relocating the action from Dartmoor to Southern California, it’s only the second time (the first being 2001’s Vanilla Sky) Crowe has worked with material he hasn’t written, but as he confesses to INDUSTRY, the whole thing came together “serendipitously”.

“I was working on a film about Marvin Gaye – My Name Is Marvin – and we had hit some potholes with scheduling. The head of studio production at 20th Century Fox, Emma Watts, called me up and said, ‘I have something for you. I’m not going to tell you what the story is, you’ll hate it if I tell you, it’s not like anything you’ve done.’ She sent me the script by Aline Brosh McKenna and I thought it was really strong – Benjamin’s book was a knockout. It sat on my desk for a couple of days and pulsed with promise. I couldn’t get it out of my mind. It was kind of like the student in the classroom who keeps raising their hands going, ‘Pick me, pick me!’ and I’m really glad we did.”

This must have been quite different for you, working with someone else’s script. Did you have a play around with it?

It was different and, yes, I had a tinker with the script. But the work went so quickly, I think people are so used to me taking a long time and really working over stuff. This was punk rock by comparison, so much was already laid out, it was just like, “Can we enhance these characters? Maybe we can make it more of a Local Hero-type movie?”

Where Local Hero had Mark Knopfler scoring the movie, you have Sigor Ròs’ Jónsi. How did that happen?

OK, this is the long version. They were just starting out when we put their music in Vanilla Sky. I’d heard that a couple of guys from the band were not thrilled with the movie. There’s a little part of me that thinks it’s a drag as you want everyone to be happy – when you invite someone to the party you don’t want them on the lawn complaining. A couple of years later I got an email from Jónsi saying he had watched Almost Famous on TV and thought it was a great movie and it’s been a beautiful thing to stay in touch over the years. I was knocked out by their documentary, Heima, I bought 37 copies to give to people. I wrote to Jónsi and said, “Dude, I have put money in your pocket, I have bought Amazon out.” I love the climax of Heima where everyone starts showing up for the last concert. One day
the crew came to me and said they needed a fake name for our movie so that people didn’t come looking for Scarlett Johansson. So we put “Heima” on the signs. I took a picture of that and sent one to Jónsi and said, “Hey, we’re making Heima The Motion Picture here in Hollywood.”

You’re right, this is the long story…

I know. Sorry. What we realised was Sigor Ròs and Jónsi’s solo album Go was setting the tone for us as we were making the movie – Matt Damon kept asking to hear Jónsi as he was acting – and it became clear that he was our guy, so I asked him if he would be interested in scoring our movie. He got on the plane from Iceland, showed up with his little keyboard and played us a theme he had written. We put it on the beginning of the movie and it never left.

He could become the next Trent Reznor.

My dream is he gets inundated with calls from other directors who hear what he’s done, because the world needs another excellent composer. I could be his agent, ha ha. That’s one of the gifts of this movie, that we introduce Jónsi as one of those guys who can score a movie with heart and soul.

Is it true you gave Matt Damon the script with a mixtape of music to listen to?

I did. I was on another track then, I was on more of a Neil Young, Eddie Vedder, Daniel Lanois vibe and some of that stuff is in the movie.

Did the music persuade him to take it?

That’s part of it. He wanted to be sure that it was a “me” movie and not one that was beholden to animals and kids. He did his homework, though, and fell for Benjamin and his story.

Obviously it’s a well-known cliché about never working with children and animals, but you really threw yourself in there. You had bears, tigers, lions…

The animals were a dream to work with. To be honest, it was harder to wrangle Alice In Chains in Singles. It was the smaller animals, like the beagle, that I had a hard time getting to do what I wanted. The lion did everything I wanted but the fucking dog…

Are you hoping this movie will bring on the man tears?

Why hold back the tears? Let’s cry together.

Thomas Haden Church (Sideways, Spider-Man 3) plays Matt Damon’s brother in the movie, is he that laid back in real life?

He is and he’s a very specific rock fan – he likes his rock hard, slightly melodic and slightly obscure. He told me he took the job so he could stand around talking about music with me. So we did. We’d be talking about bands and we’d be so deep in conversation we’d have to be interrupted to be told to go and shoot. But as a parting shot it would be stuff like, “Don’t forget what I told you about that band Shredding Lucy from Baltimore…”

Where do you go to hear new music?

I try not to download something I can buy. I like holding a CD – I know you can download a booklet, but I like to have something in my hand. I listen to a lot of music on the internet but will then go and buy a physical copy of it. I’m still addicted to Bob Dylan’s Theme Town Radio Hour, he’s an incredible DJ. It’s addictive.

Where do you go to write?

I bounce around the house. If you write for a long time in one place then that place becomes the place where duty resides. So then I play the game where I try and trick myself by avoiding the duty desk and writing somewhere else in the house.

Not a coffee shop?

For the thundering sound of other people writing? No thanks.

Looking back, what did Jerry Maguire mean to you?

It’s about abandonment of the people you thought were true friends. The genesis of that movie was when we were making Singles in Seattle. I was friends with all those bands but the movie came out a year and a half after we made it, and the perception within that community was that we had put it out on the heels of the grunge phenomenon. I’d walk into a room and see guys looking over their shoulder going, “That’s the guy who capitalised on our little scene.” Jerry Maguire will always feel like a love letter to those people who stick around when all others are leaving.

It’s been eleven years since your semi-autobiographical Almost Famous. What’s your favourite memory from making that film?

After rehearsing Stillwater [the fake band from the film] in a room we actually had to put them on stage at the San Diego Sports Arena – this was the place Sinatra and Led Zeppelin had played – and I’ll always remember the sheer terror on their faces. They struggled for a minute and then found some bizarre, “We’re just starting out but we have the best intentions” groove, and that was amazing to see. Our little toy band kinda got real.

It’s not a guilty pleasure but my mum turned me on to Coupling. It’s quality TV, though, so not a guilty pleasure. It’s a bit like someone saying to you, “Hey, have you heard of The Beach Boys? Their music is really sunny…” I want to see Burlesque. I know that with Cher and Christina Aguilera it’s going to be an excruciating but strangely enjoyable movie.

There’s a new Bond film this year, Skyfall – any desire to direct something like that?

I am totally available to do a Bond movie, I’m a huge fan. Sam Mendes, I feel, is a bridge to me; him being thrown into the Bond cycle is a beautiful thing and Sam should hand the baton to me. 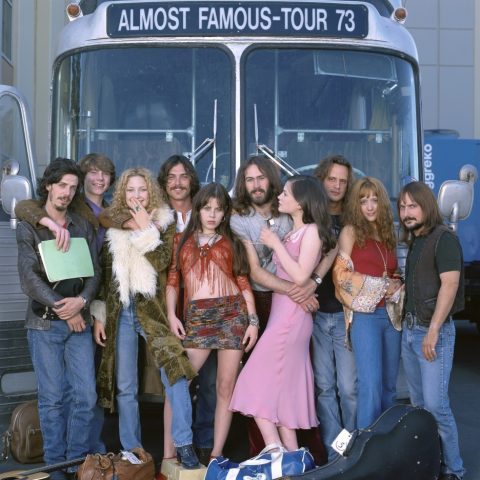 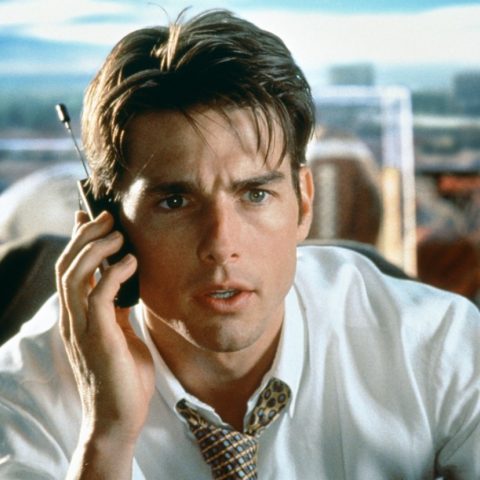 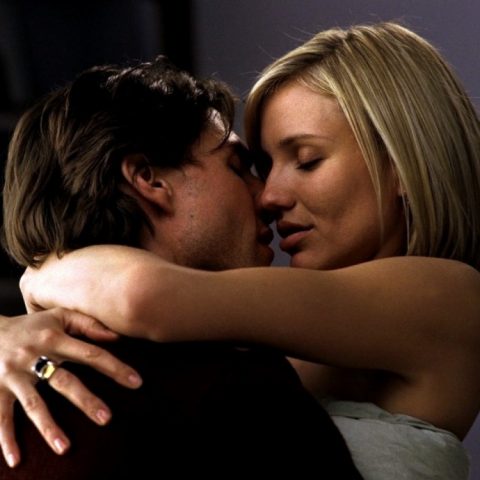 Next articleThis Is Not Trainspotting 2 :)