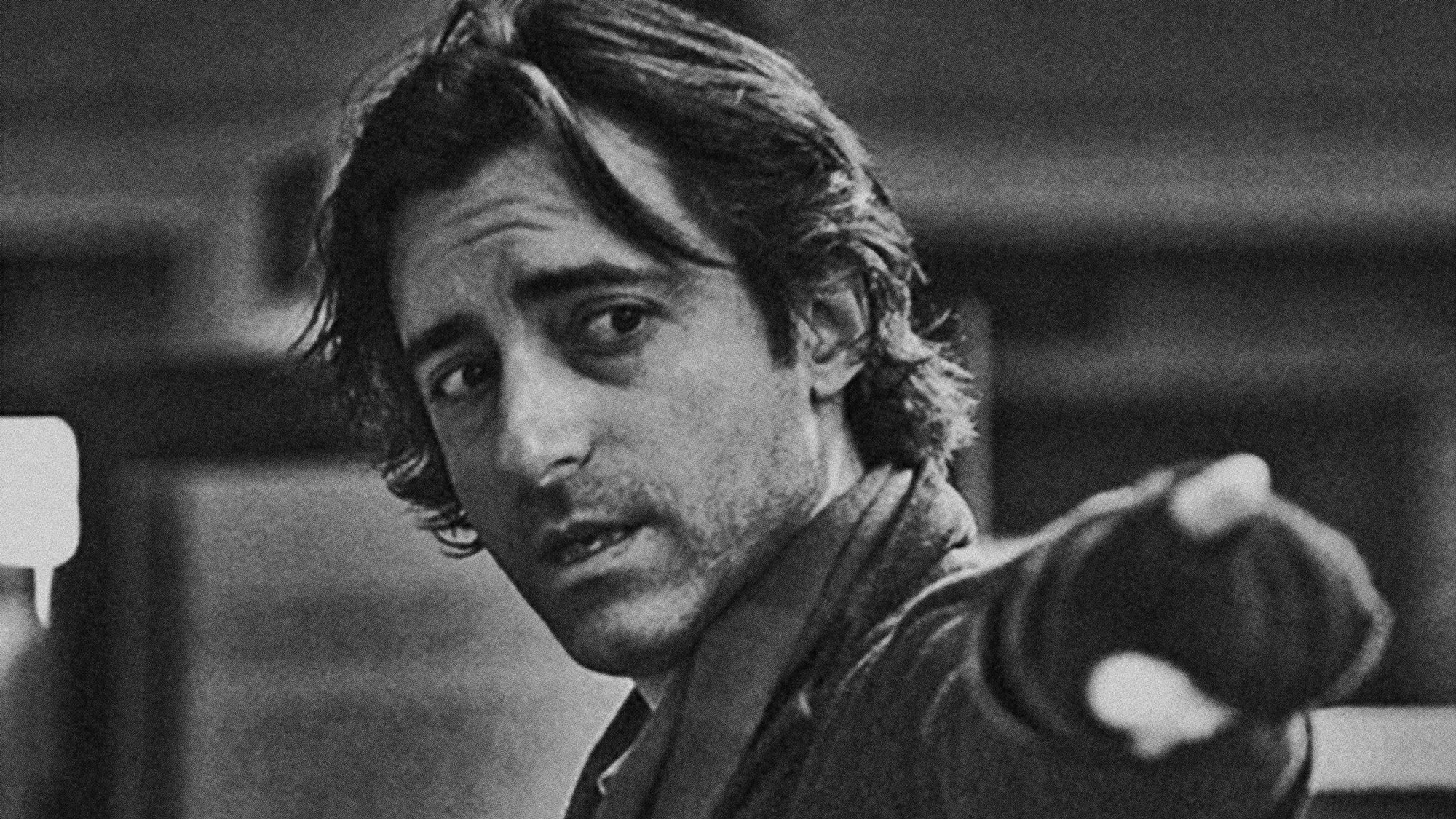 How did your latest movie Frances Ha come about?

Well I wanted to make another film with Greta (Gerwig, who plays Frances), and I had some ideas, and I asked her if she had any ideas, things from her life, observations, and it really started that way. We had a document that we would email back and forth, adding things to it, and it started to take form.

Did you have any particular themes in mind?

No, I didn’t come at it that way. It started with the smaller things, like do you pay the fee at an ATM? Somehow, when we were first creating it, that question seemed to reveal a lot of other character traits, but also things about the world and about New York, and the movie kind of built that way.

You worked with her on the 2010 comedy Greenberg (with Ben Stiller).

I think her performance in Greenberg is quite comic, but it’s also heartbreaking and real. I think the comedy of it got a little lost as it’s more embedded in the performance. So I wanted to do something that showed her as a physical comedienne; something that was more clearly funny. But that wasn’t up front, as we started developing the script it just seemed that’s more what this movie should be.

So did you find the tone during filming?

One of the themes of the film is settling down.

Well I think at 27 it wouldn’t be honest to say she has found her home. I thought there’s something very moving about accepting that something’s not going to be as you dreamed it would, and Frances has so many fantasies. Part of her discovery in the movie is her acceptance that some of them aren’t going to be as she imagined them. But the other thing that was important in the making of the movie was that I wanted some of them to actually come true for her. Greta and I actually talked about that and I said I feel like we should have something that she wants for her life and we should give it to her. But we had to figure out what it should be.

It’s been pointed out that this is less caustic than your previous films The Squid And The Whale and Greenberg. Was that something you were trying to move away from?

It’s funny because when people say that to me, they say things like ‘caustic’, ‘cynical’, and I think, ‘Jesus, really?’ I don’t think cynical, necessarily. Realistic, perhaps. I just feel it’s almost like a matter of emphasis, because I think both are true, in a way. I felt Greenberg was the right movie for Greenberg the character, and Frances Ha is the right movie for Frances the character. Or at least the movie that I felt was right at the time I was making it. For me, I’m aware of the different emphases, but one doesn’t feel more or less true to me.

Something else people have noted are the nods to the French New Wave in the film. Has this period been influential in your development as a film-maker?

Yeah, I love those movies and I’ve always felt that they have influenced my work. I think with Frances it’s just clearer, just because of the subject matter, the fact it’s black and white and the music. I feel like I’m always thinking of those filmmakers, to some degree. When I was younger I would watch more movies before I made something – I would watch Truffaut – now I feel like it’s almost inside me.

Did he inform your approach to Frances Ha?

I was thinking of François Truffaut, and Eric Rohmer, particularly. I mean Rohmer because he made so many movies about young women too. Another thing is he made so many movies that have characters with very strong ideas about their lives, philosophies about how they should be living their lives, and who they should be. Some of them fail to react to the moment and you feel they lose out; but in others they kind of get what they want. Sometimes he felt like he could reward them, and sometimes he felt that they get too much of their own way.  Doing Greenberg and Frances Ha, made me think about his movies.

You mentioned the music and you use some themes by Georges Delerue, who scored some of the French New Wave films, in Frances Ha. Again, you’re explicitly highlighting the connection.

Yeah, in some ways. But I almost didn’t do it because I didn’t want it to feel too much like a quote. But I felt that the context was different enough and that I couldn’t do better. If it felt like a homage in some ways, that was okay, because I felt like the movie could hold it. It wasn’t going to break it, it was going to support it. Maybe with another movie it would have felt too literal  but it didn’t feel that way. It was not blasphemous to use it again.

You also have a nod to post New Wave, in a joyful running scene set to David Bowie’s Modern Love which seems to come straight out of Leos Carax’s Mauvais Sang. What was the idea behind that?

It’s similar in that I had this idea of starting the chapter with her running through Chinatown and it just felt like a joyful way to start that section. It felt right to me. And when we shot it, I thought about the scene from the Leos Carax film you mentioned. But I didn’t re-watch Mauvais Sang. I just kind of thought about it because I loved that. It’s like there’s something that some filmmakers can do where they just go, ‘What would feel great right now in the movie?’ It’s not like there’s any narrative motivation for it. It’s like someone giving you a massage out of nowhere.

So the running sequence is you giving us a massage?

Yeah, I saw the running as being something like that. It didn’t necessarily have any narrative meaning, it just felt joyful. So when I cut it, I put Modern Love in because it had worked so well in Leos’ movie. And it’s kind of like the French New Wave thing, I felt I couldn’t do better than that: it’s such a great, joyful song. It was sort of like a retroactive homage.

The affection that you have for Frances and Greta makes this feel like a very special film for you. Is it particularly close to your heart?

Yeah, but they all are. I think it takes a lot of effort to make a movie look effortless, but it’s very satisfying when it does. You say things like, ‘Oh, this was very intuitive,’ and that’s all true only up to a point, because then you end up pouring over these things. By the time I’ve cut a movie, I’ve watched everything over and over again, and I’ve cut everything, and I’m down to every frame, thinking: ‘How did these two shots go into each other?’ And some of it is a matter of feeling and some of it is a matter of going back and forth. Add another two frames. Add another three frames. By the end it feels right to you. But it’s like I have friends who are painters, and I see something that they’re in the middle of and they could tell me it’s done and I’d be like, ‘Oh, it’s beautiful,’ but they say they’re not done yet. If it’s your own thing, you know when it’s done and it’s not done.

In between starting Frances Ha and completing it, the TV series Girls took off in a big way. People have been drawing comparisons between the two. Does that bother you?

Like Girls, your film has a fully rounded female lead character. Do you think it is still hard for actresses to find these kinds of roles?

Not in my movies! But yeah, from what I see, and I have the same evidence you do because I don’t read other scripts or anything, there aren’t that many. When talking about Greta as an actor I find I’m often going back to the likes of Diane Keaton and then even further back to the likes of Carol Lombard and Katherine Hepburn, people who’d do all these different things in movies. You could play everything back then.

You shot Frances Ha in New York. How do you approach filming in a city that has been featured in so many different films?

Sometimes if you’re going to shoot a location like you’ve seen in another movie I might think I won’t shoot there, or I might shoot it somewhere differently. But it’s like using an actor that’s been in other movies. You’re getting what makes them special and great, and the reasons why you cast them, but they’re bringing that stuff to your world. And I feel like the city it was the same thing. I grew up there and I know it so well, and I feel like this street in this movie won’t feel ordinary. It will feel special because it’s this movie. You have to think that way otherwise you will drive yourself crazy. 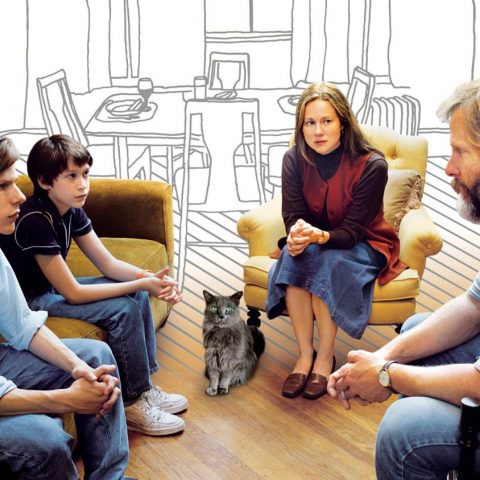 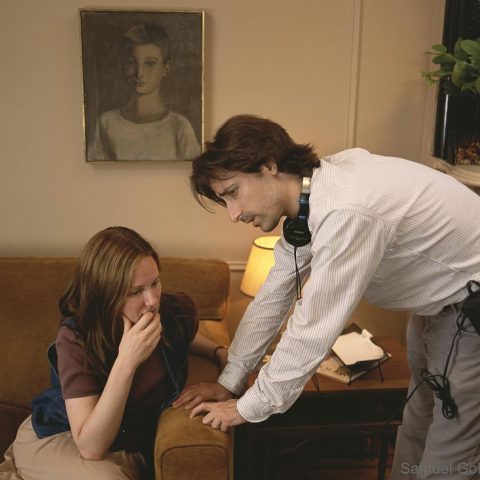 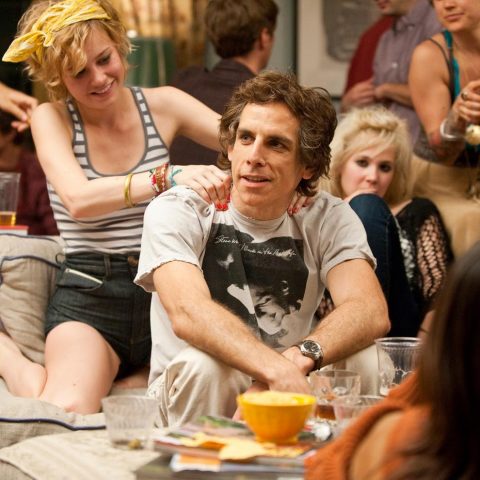 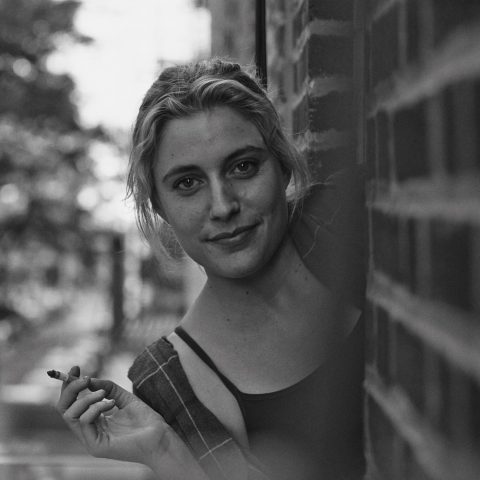 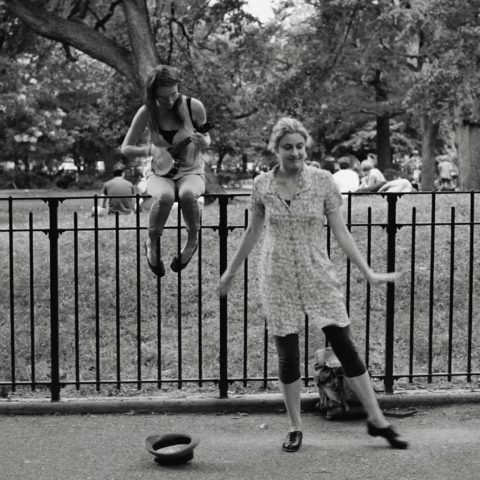 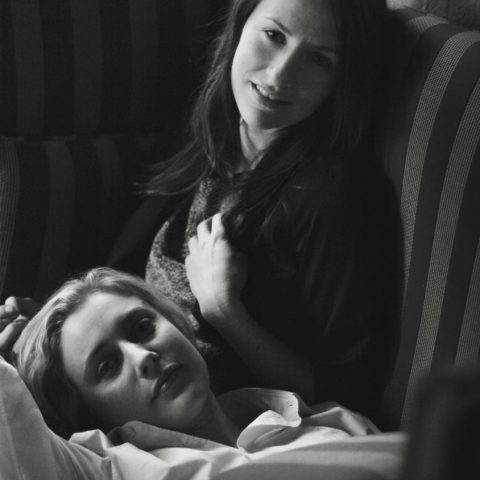 Next articleThe Many Faces Of Michael Sheen