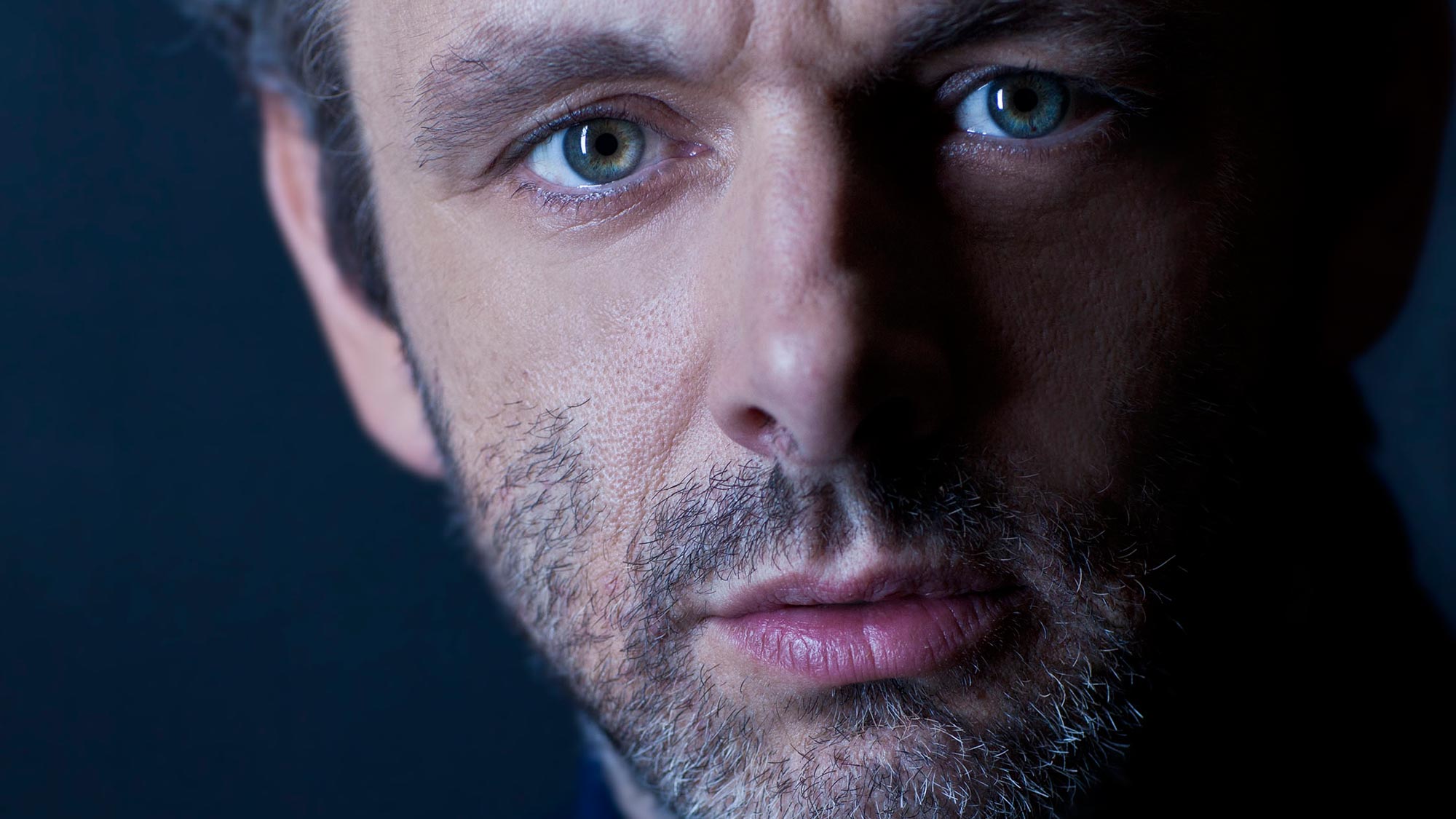 Looking for a venue for your Christmas party? Why not try the Michael Sheen Banqueting Suite at Blanco’s Hotel and Restaurant in Port Talbot, Wales. This 160 capacity room – the largest in the hotel – offers plenty of natural daylight, a dance floor, private bar and a range of buffet options. There’s also a selection of portraits featuring the Welsh town’s favourite son – along with Richard Burton and Anthony Hopkins – in his most famous roles for you and your guests to admire.

“I was given the choice of having my name on the function suite or the bridal suite,” Sheen tells INDUSTRIA.

“I chose the function suite because they have these paintings of me, and if I’d had the bridal suite they’d have been above the bed, and I didn’t want to put anyone off their stroke.”

The actor, 44, now based in Los Angeles is a proud Welshman who’s made a hugely successful move from stage (where he still maintains a dominant presence with recent roles as Hamlet and a Christ like figure in a 72-hour long production of The Passion) to screen in the last decade, with phenomenal turns in The Queen, Frost/Nixon and The Damned United along with blockbuster franchises such as The Twilight Saga and the Underworld series. 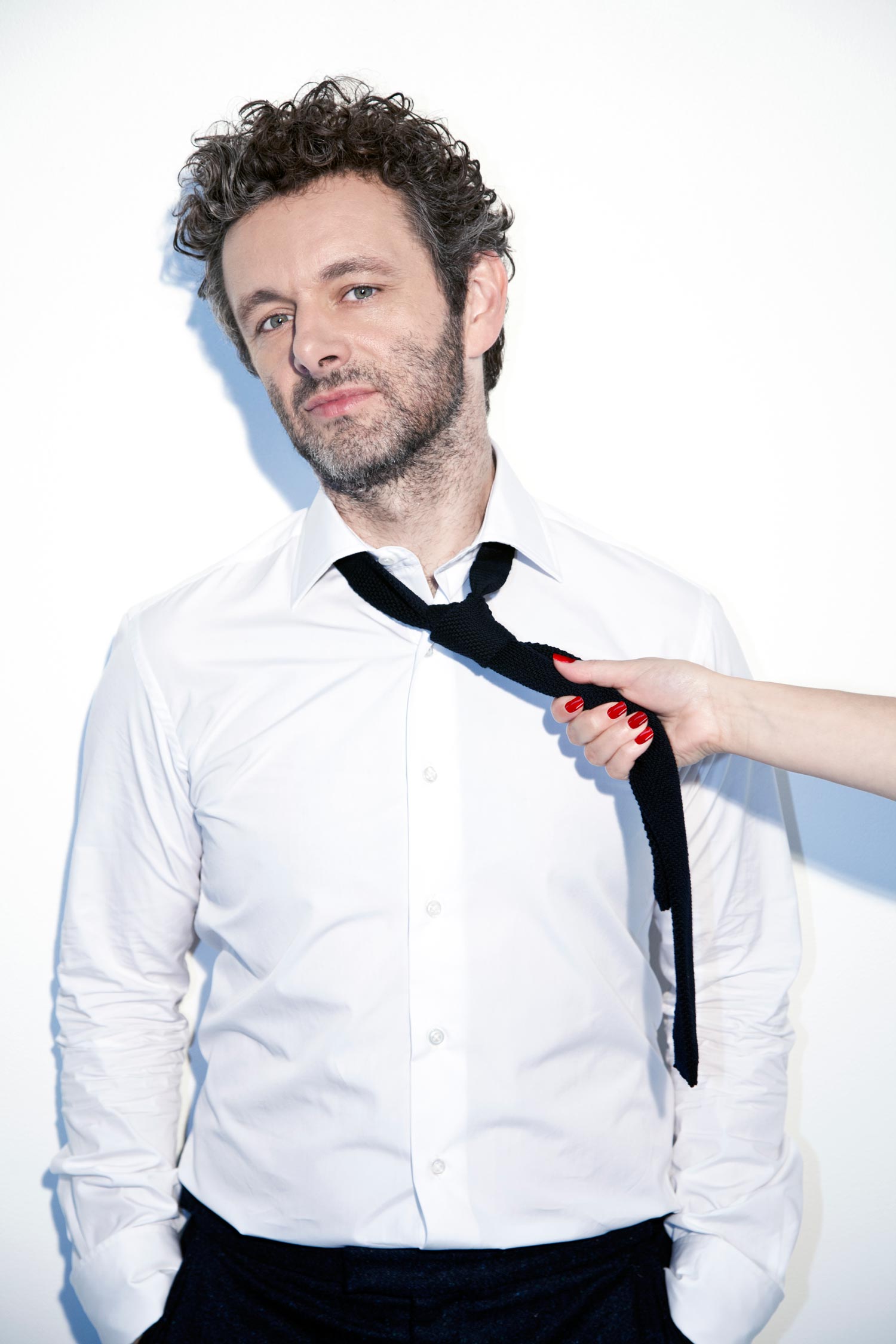 Now, after Blair, Clough and Frost, he’s trying his hand at TV in another biographical role. Sheen will pull on a lab-coat and tiny bow-tie to play Doctor William H. Masters, the pioneering sexual researcher, who, along with his partner Virginia Johnson (played by True Blood and New Girl’s Lizzy Caplan) revolutionised the way we think about sex and relationships. To do this, Masters and Johnson watched thousands of volunteers have sex while connected to complex monitoring devices including a massive glowing dildo with a camera in it. Masters Of Sex is a beautifully shot period piece, beginning in 50s America, with a compelling story and so many, many scenes you wouldn’t want to watch with your parents. Sheen is superb as the buttoned up but driven doctor who took on what was, at the time, one of the most taboo subjects in America. It’s Kinsey meets Mad Men with all the production value and craft we’ve come to expect from American cable television. Sure to court as much controversy as critical praise, INDUSTRIA spoke to Sheen about on screen sex, making the crew comfortable and open water swimming.

This is your first foray into American television, and it’s a big landmark series. When did Master Of Sex first come to your attention?

I was performing Hamlet at the Young Vic theatre and I got sent a script for the pilot. I wasn’t particularly looking to do a TV series at the time, in fact, if anything I was looking to have quite a bit of time off because I’d done Hamlet that year and earlier on I’d done The Passion in Wales. So I’d spent a lot of time away from my daughter in LA and I really wanted to take some time off.

And TV series, especially American ones, are often big commitments…

Yes. The idea of signing up for what is potentially seven years was not something I was particularly into, but then I read the pilot and saw that it had a lot of possibilities.

So you signed up on the strength of the pilot script?

It can’t just be on that one episode, it’s whether you think there’s enough possibility for this storyline and this character. So I read Thomas Maier’s book (Masters of Sex: The Life and Times of William Masters and Virginia Johnson, which the series is based on) so I could get an idea of where the story would be going and the kind of plot points there might be that we could explore. And of course I knew the calibre of the people involved – John Madden (The Debt, The Best Exotic Marigold Hotel) who directed the pilot and Michelle Ashford (The Pacific) who’s the showrunner and lead writer. What have been the benefits of working in TV as apposed to theatre or films?

Having twelve hours as apposed to two hours in a film, it opens up all kinds of possibilities – how you develop character and how you relate the different storylines. I had so much input into where this character goes. I did say I would only be able to do it if it shot in Los Angeles. So they agreed to do it there and I thought I’d take the risk, and then when we did get round to doing the first series, I really enjoyed working in this format.

Bonking or no bonking, how did you go about dramatising what is essentially a decades long scientific research program?

That moment in American culture, the death of JFK, Martin Luther King and Bobby Kennedy and the violent upheaval, combined with the arrival of the pill and the platform for discussion that was provided by Masters and Johnson in their books (Human Sexual Response and Human Sexual Inadequacy), really changed cultural relationships and gender politics. And then in the late 60s and early 70s there was a lot of fallout from that and how sexuality had exploded. So in terms of the way we’ve shifted in our relationship with sexuality, there’s clearly a lot of interesting material there. And that’s aside from the interpersonal relationships, which are also extraordinarily complicated.

What research did you do for the role?

Well, I became a doctor. I did actually become a doctor. Okay, I was given an honorary doctorate from the University of Wales, but nonetheless I can say, as research, I became a doctor. I met some OB/GYN (obstetrics and gynaecology) surgeons who were working at the same time as Masters and Johnson, so I could find out what it was like. And I also met with some modern OB/GYN surgeons to get a sense of how different it is now. That was incredibly useful. This is quite a difficult subject to bring up with an OB/GYN professional, but to say, ‘What makes you, as a man, want to get into this’? That’s an area that is obviously very interesting. How do you deal with working with women in such an intimate way? I tried to be as sensitive as I could about asking the question. It was interesting, one person said, ‘You just switch off that part of your brain. You don’t relate to the woman in that way, you’re not relating to her as a man, and a woman, who are two potentially sexual beings.’ I couldn’t really relate to that at the time. But weirdly, having worked on the series, and having naked women around you all the time, doing all sorts of things, I realised that that’s exactly what I did. I didn’t choose to, it just happened. I just didn’t go there. You just don’t think about the person in that way.

There is a huge amount of nudity in the series. Some of it clinical, some of intimate. Did this present any difficulties on set?

It’s two main things really. Firstly, it’s about making sure there’s a checklist in place. There are very specific procedures when it comes to health and safety on a set. If you’re working with live ammunition for example, there are literally boxes that have to be ticked. And I felt like we needed that, but in terms of when you’re working on scenes where there’s nudity or sex.

How do the intimate scenes in Masters Of Sex differ from those in other films and television shows?

On a film, the characters in a sex scene are usually the leads, so they know everyone and they feel they can speak up. With Masters Of Sex, you’ve got actors who are just coming in for that one episode or maybe even one scene. We’ve had people come in just to masturbate. You can imagine what the auditions are like. So someone coming in can often feel that they can’t speak up if there’s something they’re not comfortable with. It takes a lot to say, ‘I feel a bit weird about this’.  So me and Lizzy both felt, as the lead actors in the show, that we should say to people that if there’s anything they’re uncomfortable with they could come and speak to us and we would deal with it. We had an incredible cast of actors coming in to work on this and we want to keep it that way.

Well, he did start that movement (along with Lars Von Trier), and his aesthetic is along those lines. That’s part of what makes it so exciting to be part of this, he’s not made a period film before and he brings a very unique vision to it. But it’s not in Dogme 95.

After Twilight and Underworld, would you be tempted back to another mega franchise?

Yeah, I’d do another. I didn’t choose to do those because they were big franchises. Things come along and you either respond to them or you don’t, it depends on whether I like the idea of it and if it will be fun to make. Finally, David Peace, the author of The Damned United, has recently released Red Or Dead, which tells the story of legendary Liverpool manager, Bill Shankly. Any interest in stepping back into the manager’s coat?

I’m looking forward to reading that. I think David Peace is fantastic and obviously The Damned United was superb. Who knows, maybe I could play Shankly in years to come when I’ve gone bald. Next articleHow I Work – Paul Feig