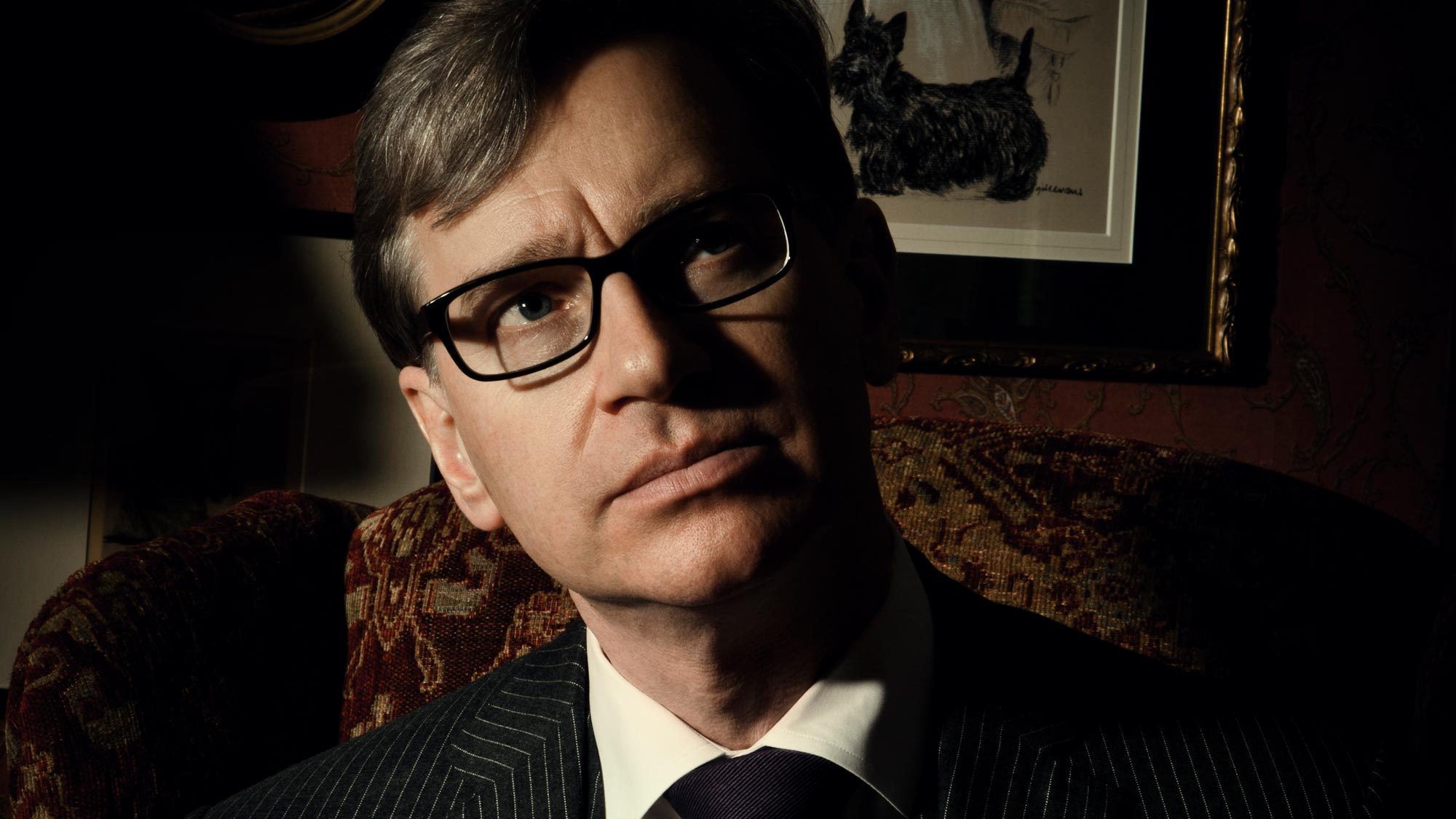 _ If you work with a big name, make sure you like them
The script for The Heat came with the news that Sandra Bullock was interested in playing one of the roles. I’d never worked with a giant star like that before. She hadn’t committed, but when I brought up the idea of pairing her with Melissa McCarthy, she really responded to that, as she liked Bridesmaids and Melissa’s performance. And Sandra is really low maintenance. I’d heard so many horror stories from people about other stars, not Sandra – I’d heard that Sandra was nice, and it turned out to be true. She doesn’t bring all the bullshit that other people may bring.

_ Have faith that the right job will come along
After Bridesmaids, I agonised over what my next project should be. At one point I was attached to do Bridget Jones 3. It felt like the right thing, but we had issues behind the scenes. I wanted to do something with funny women that was new – there are so many movies based around romance and falling in love, that thing’s been done. I wanted to show two strong professional women, and the script for The Heat showed up. At the time it was called ‘Untitled Female Buddy Cop Comedy’ – and it was hilarious.

_ Stalk the audience
Whenever we have a screening, I like to stay in the theatre and hear people hopefully laughing at the film. That’s why I like to do comedy, as the payoff is getting to make people laugh, which is more exciting than getting any awards you may or may not win.

_ Be prepared to work quickly
I really wanted Melissa to do The Heat and she didn’t have any time, she was already shooting Identity Thief, with six weeks before she had to go back to her TV show [Mike & Molly], so I had to start eight weeks after I first read the script, which is no time in the movie world. But we pulled it off, because it just felt right, and I’m so pleased that it worked.

_ Don’t believe everything you’re told
Bridesmaids was a game changer for me. I’d always wanted to make comedies with women, but I’d been told things like, well you can’t have a female lead because it doesn’t work internationally, the men won’t show up and your box office takings will be lower. Okay, I can accept that. And then Bridesmaids did so well, and for me it was like the female population saying, ‘We want more stuff for us!’ So that was a perfect storm for me.

_ Comedy can still be art
In comedy, you don’t usually get the kudos that drama gets, and that’s why so many people in comedy want to go off and make their ‘serious movie’ to get that legitimacy. The last thing any of us thought when we were making Bridesmaids was that we’d be nominated for two Oscars, you don’t expect it. So when it happened, it proved to me – stick to what you do, and if it’s good people will realise it. But even though awards are great, that shouldn’t be what drives us.

_ It’s okay to revisit the past
Arrested Development just came back to TV, which I worked on. If the people creating the show feel that they have new things to say, that they’re excited about, then you should always bring something back. People have suggested bringing back Freaks & Geeks, which I worked on with Judd Apatow. It’s tempting, but I don’t feel I have that idea yet. And I’m nervous about doing something that steps on the memory of what came before. You’ve really got to nail it.

_ Hire people you know and trust
The most important thing for me is just working with people I know are funny, and I know can deliver the goods, and be inventive in the moment. Even if a character has just one line, I don’t want to waste it on someone who is only okay. And I’m lucky that I have a big pool of people to draw on.

_ Choose the right influences
With The Heat, I was influenced by cop-buddy comedies like 48 Hours and Beverly Hills Cop, because I like the realism – I need something more for the audience to latch on to. You have to really care about the characters, because that’s why you’re laughing. It’s fun to mix things up and show characters people don’t normally see. You can never have the audience saying, ‘Oh come on, he wouldn’t really do that,’ but if they can say, ‘Oh my god, I can’t believe that person did that,’ but it feels real, then that’s kind of the most fun.

_ Rise to the challenge
I like the art form of movies, and the challenge of telling a complete story in just 90 minutes. I mean TV is difficult too, but at least with a serialised show you get time to tell these stories. In film it’s really hard and fun to try to introduce these characters to an audience that has never seen them before, make them to care about what happens, then introduce a complete adventure with an emotional arc, and conclude it in a satisfying way.

_ Be prepared to be wrong
I don’t know what’s funny. I think I know what’s funny, but I can show you a million examples of things I’ve seen in the editing room, found them hilarious, but then I don’t get a laugh from the audience. And vice-versa, I’ve left stuff in I thought was stupid, and it gets the biggest laugh of the movie. It’s my job to discover, to find it out, and be open enough to let it happen. And that’s why we’re so reliant on test audiences.

_ Try as many jokes as you can
We overshot a lot. We got a lot of extra jokes, you have to, because you don’t know what’s going to land. Katie Dippold [writer of The Heat] was on set and handing me post-it notes with jokes that she was coming up with in the moment, and I’ll have another writer doing the same, while the actors I would let improvise and tell them to surprise me. We would get a lot of funny things doing that.

_ Watch lots of British comedy
I really try keep up with all British comedy, as it really is my favourite in terms of tone right now. I grew up on Monty Python, Benny Hill, which makes all Londoners cringe, and Graham Linehan’s work is spectacular – The IT Crowd, Black Books, Father Ted. And Miranda is hilarious. 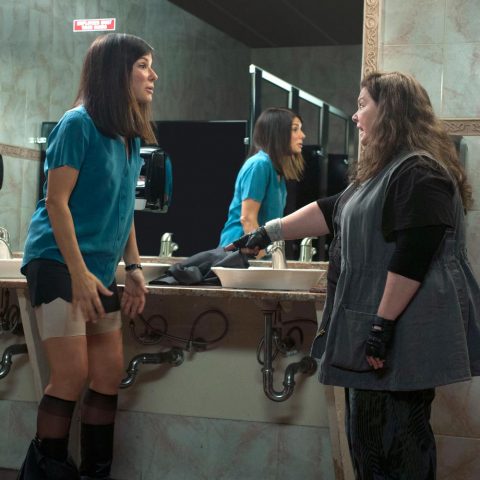 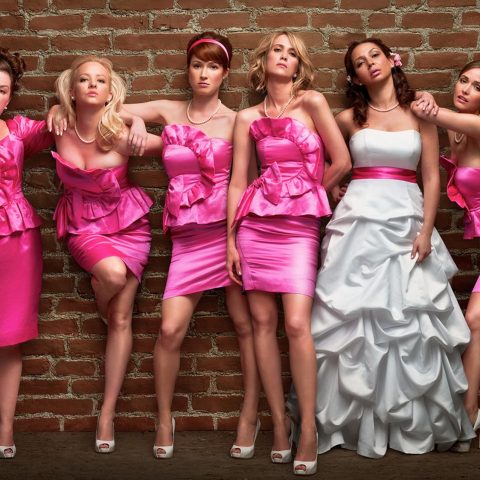 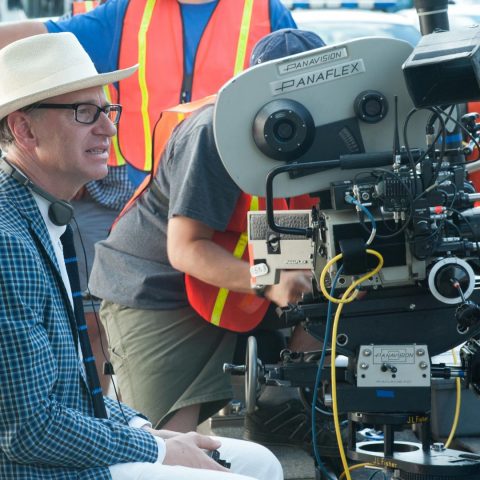