How did White House Down come about?

I was working on the script for my next movie Singularity, I got a little stuck and thought, “Gosh what should I do?” and this script arrived. I knew already that it was a much sought after script, everybody wanted to have it and I was the first director to read it. The title page read White House Down and I thought “Urgh, not for me”. Then in the evening I thought I’d read ten pages, I tried it and I couldn’t put it down, it had at the centre this character that I really loved, this father who wants to reconcile with his daughter, and I just had to do it.

Was there anything you wanted to change?

I brought to it a more political dimension. The original draft was about a bunch of guys just doing it for the money and I just didn’t believe that, nobody does this for money. I told them at the first meeting, “Guys I would love to do this but it has to have a real political sense” and then the whole story about the dead son of Walker was created to find a real reason as to why he was doing it.

Did you always have Channing Tatum in mind?

Amy Pascal always wanted me to meet Channing for Singularity and I was a little bit, “Can he do it, can’t he do it?” I hadn’t seen 21 Jump Street I have to admit, but they set up a meeting in New York which was all a bit rushed as he was off to the Amazon for some charity work, and on the plane I watched the movie. I was like, “Oh my God, he’s funny!’, I always like to hire people who have comedic talent, then when I met him we immediately hit it off and he said all the right things. He had all these ideas and also pointed out that it shouldn’t just be about money.

Did you have to put him through some intensive training?

No, he was very fit and had obviously been trained in how to handle guns from when he made G.I. Joe. This guy prides himself on knowing how to handle guns. He has a lot of friends in the military and doesn’t want to look like an idiot. While he was making our film he was training everyday for Foxcatcher where he plays a wrestler. He looked better and better as the film went along.

Because of Barack Obama was it always going to be an African/American President?

It’s what also endeared me to the script, I wouldn’t have done it with a white president, as I’m a big supporter of Obama and I knew we would shoot it before the election, and if we had cast a white president it was like us saying Obama would lose and the Mormon would win. I couldn’t see me doing that.

You have quite a history with the White House famously blowing it up in Independence Day. When did you first go there?

I think I was thirteen and I stood in front of it and went “Wow, it’s real”. I spent two long summers there, I liked it a lot better than Germany, I think that was where I got my American bug. I was constantly on the beach, my hair was so blond and really long. I could grow my hair there as at home I couldn’t. I was a surfer dude. I’d then go home and my mum would be like, “Oh my God what happened?” I felt much more comfortable in America.

When did you properly go and visit the White House?

When Independence Day came out we were doing a press junket in New York and all of a sudden all of these people came into the room whispering, and they took me to one side and they said, “You’ve been invited to the White House, we have a jet standing by”. So Bill Pullman, Dean Devlin and me had dinner there, Bill Clinton showed us around the private residence and then we went down to the movie room and we watched the film. I watched the White House explode inside the White House – which was the most surreal moment of my life.

Did you have insider knowledge on how the security works at the White House? Or did you invent it all?

It’s very hard to do research there as they are very mum – they’re called the Secret Service for a reason. But then you find some old retired secret service guy who, under anonymity, will read your script and point out the short-comings. The interesting thing for me, was that the only way to take control of the White House is if you have an insider person working on it.

Your past films have been full of CGI, do you try and limit the amount you use?

You can ruin a movie with too many visual effects. At the centre it has to be about the characters and the story and just use them to make scenes more exciting, but you have to be careful or it becomes super fast and overwhelming. In this movie in a way we had to use a lot of visual effects as you cannot film the White House as close up as we wanted to. We knew we had to build the grounds and then have a CGI building, so even seeing a car approaching the White House all had to be CGI.

It feels like an enjoyable throwback to the action films of the Eighties and early Nineties. Did you watch a lot of that genre before making the movie?

Yes, I watched The Rock and Die Hard. I wanted to get a feel for them but I then went and did my own thing, I have my own style. We shot a lot wider lenses than they ever did. I liked Die Hard more than The Rock, Bruce Willis is a much warmer character who you empathise with a lot more than Nicolas Cage.

How worried were you about Olympus Has Fallen coming out before you?

When I took the job, I didn’t know Olympus Has Fallen existed. To my shock. I had already cast Channing, and someone said, “You know this other movie has now finally a director,” and I said, “What other movie?” Everyone knew this besides me.

What’s the latest on Independence Day 2?

We haven’t got the final script yet. We talked with Will Smith originally and at first he loved the idea and then he slowly more distanced himself from it. And I understand why. It’s hard for him to re-do the character and if he was in it it would become Will Smith’s Independence Day and I’m not sure that’s right. It was always Independence Day with an ensemble cast. We want to do the same thing again, take some of the old actors and add some new ones. Since we knew Will wasn’t going to be in it, it freed us up to be a bit more courageous and surprise people. These days if you don’t surprise people then you’re dead. 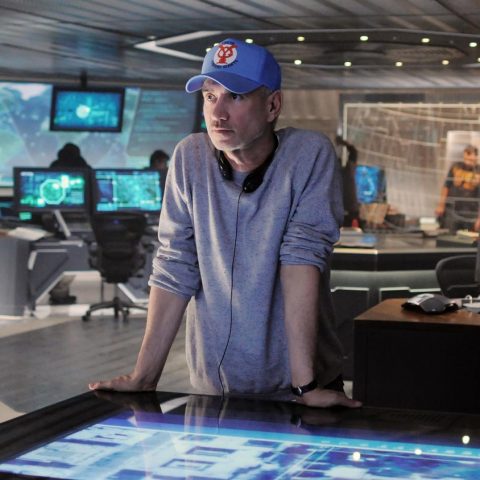 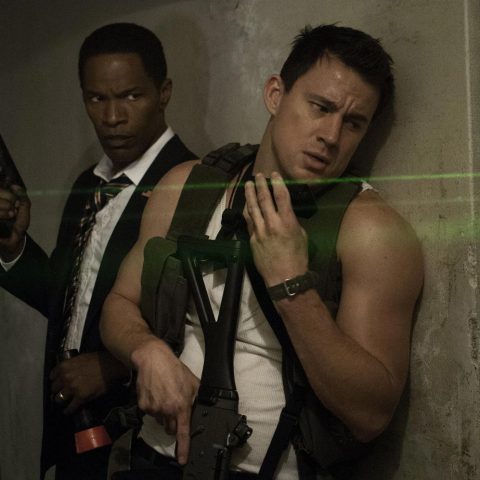