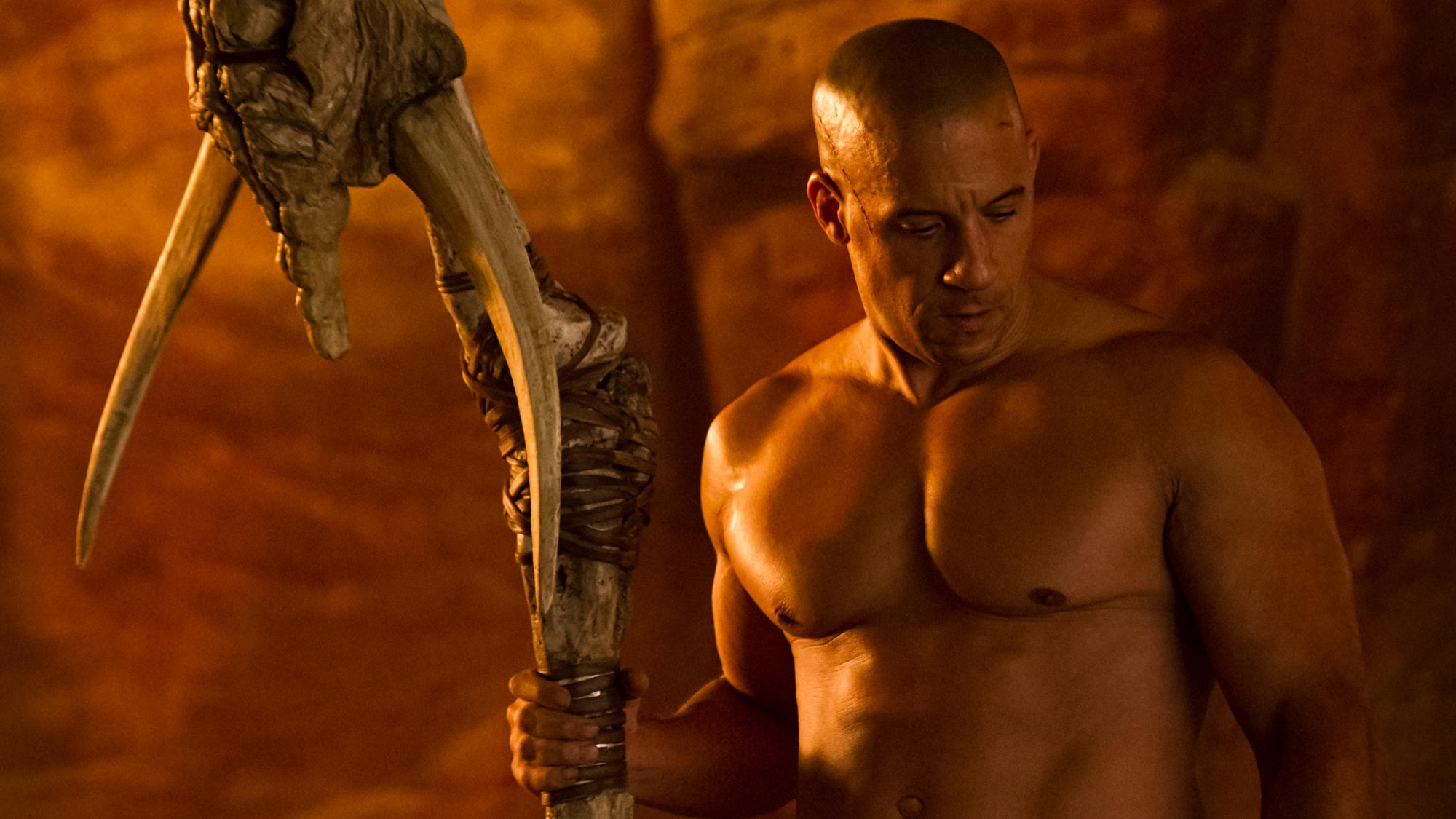 Why do you think people love Riddick so much?

It is a character that’s been given up on or ruled out, or blacklisted. It’s very close to home. We all know that I’ve been blacklisted in a small way every time I said no to a picture. The wrath of Hollywood has tried to bury me. I think what resonates with people is this kind of loner. No matter how social we are, we can always identify in some ways with a loner. We all feel alone sometimes,  feel overlooked or felt like someone has imposed their ideas of who they are on us. I think that’s what Riddick represents: the guy that has been discarded as just a criminal. I love anti-heroes. I don’t think we identify with whitewashed heroes. We need to recognise flaws in the heroes that we are intrigued by. The thing that resonates with me about Riddick is just that prejudice is so a part of his life. He’s introduced to everybody as a criminal and all that comes with that.

You have millions of Facebook fans. Does that feel good?

Of course. And it’s harrowing…

I have this incredible Facebook page where the people on there show so much love and so much support and they’re so invested in the stories and in the characters. When I started the social media page, I remember the thing that stood out the most was everyone asking when is Riddick coming? When are you doing the next Chronicles? One of the things that someone said to me on the page was, ‘Vin, there are so many of us…’ now it’s 43 million, but this was when it was like two million people on the page – someone said, ‘You have two million people here, if each one of us gave you $10, you could make a R-rated Riddick.’ I know they have Kickstarter now, but this pre-dates that, and something about that comment touched me and basically gave me no way out. What’s the point of doing all this if you can’t service your audience? It really just makes you want to make great movies.

You weren’t tempted just to take their dough and run?

No. I wasn’t tempted to take the money. My days as a stick-up kid are over.

Talking of your early days, what was it like growing up in New York in the 80s?

When you grow up in New York City and you don’t have any money, it’s easy to fall prey to being the victim. In New York, you have to make a decision very early in life whether you’re going to be a victim or not, especially growing up at that time. I was a bouncer for many years, I started really young. At 17 years old, I was working at the clubs to keep my days free to go on auditions. I wasn’t getting a lot of work as an actor, and I spent a lot of time in the gym. The only thing to do was work out, so by the time I made it as an actor I had already started looking like a bouncer, so Hollywood ran with that and decided to slot me into the action groove.

What did you learn from being a bouncer?

You have to be able to read people. Bouncing is like being a cop but without the badge and the law. You’re a gunslinger for hire, basically. And you learn a lot in that field of work.

Tell us a story from your time working the doors.

There are so many stories. I saw a lot of things. When I first started, it was all fighting. I was a bouncer for nine years at two clubs, The Tunnel, and Mars in New York’s meatpacking district, and you have to be ready to fight every night. I must have been in hundreds of fights, and they weren’t pretty. But you try to avoid violence as much as you can. I was the bouncer that stopped the other bouncers, if a guy was already on the floor, and five bouncers were jumping on his head, I’d be the one going, ‘Hey man, that’s enough.’ It was pretty bizarre.

I think that my voice changed when I was about 13 and I’ve sounded like Barry White ever since. It’s low maintenance.

Your real name is Mark Sinclair Vincent. What’s the story behind your nickname?

When you are getting into fights in NYC, you don’t want everyone to know who you are and where you live. So all bouncers in New York in the 1980s had a nickname. Mine just stuck. By the time I made it as an actor there was something about it being another name not directly related to my family that gave me breathing space.

You know to be honest with you, it depends what role I’m going to play. Last year after I had made Riddick and I was moving onto Fast & Furious, my twin brother came out to visit me in London and was complaining that I didn’t have enough of a beer gut to play a mechanic. So I had to start drinking more beers. That helped. As physically fit as I’d like to be for Dom, there’s something in my head that always says, ‘No mechanic in the world is living in the gym.’ But for the Riddick character I try to get as ruthless as possible. I want to be a machine.

Riddick refuses to be the victim and he’s kind of a bad boy but with a good heart. Is that what you’re really like?

I think that’s very astute. Am I the bad boy with the good heart? Do I have a bad boy in me?

You’re not a goody two shoes?

I’m not a goody two-shoes. You’re right. Put it on the record: I’m a bad boy. That’s kind of that New York swagger. I never want to be too much considered as a role model or anything that’s unrealistic. I always want to retain my rights to be a little out there if I have to be.

You seem to be a survivalist, but if we were to dump you on an alien planet, could you survive? Were you afraid of the dark as a kid?

Maybe I still am. You know, I was dumped in New York. I think I passed that one. I would like to think of myself as a survivalist. I would like to think that you could dump me anywhere. My parents, I guess, thought of me as that. As far back as I could remember, I was always chosen to do these strange things… for example, my grandmother lived in a place called St. Croix which was on the Virgin Island. It was hit badly during Hurricane Hugo and there was martial law. We were hearing all these reports about how people were looting and killing everyone. And I remember my father coming downstairs, I was 17, he said he wanted to talk to me. He said, ‘Somehow I need you to get to St. Croix because we lost contact with my mother. I don’t trust anyone not even myself to go and do this.’ So I had to fly down to a neighbouring island and then take a boat over and had to hitch a ride to find my grandmother’s house, and thank God it was still intact. Only a part of the roof had been lifted off, but she was okay. There was no runing water so people were showering in rainwater. I had just started to workout, just beginning to look like Riddick. I remember the look on her face when I showed up, how powerful that was and how she felt. She felt like her grandson had come and rescued her.

Tell us something we’d be surprised to learn about you.

I’m a former Dungeons & Dragons player. I was completely into it for many years. I spent a lot of nights playing: if I wasn’t bouncing I would be rolling that 20-sided dice and role-playing.

If the acting hadn’t worked out what would you be doing?

I’ve been acting all my life since I was seven years old. I was ambitious, I worked my ass off, but by the time I got to 27 years old, I almost didn’t want to go on any more auditions. I had directed a movie, Multi-Facial, and I went to the Cannes Film Festival with that short film; then I did Strays and I was in the dramatic competition at Sundance. So I didn’t know if I was going to act or just stick to directing. I didn’t know what I wanted to do – would I want to play the Hollywood bullshit for the acting part of it? I felt like I had been turned down so many times in my life that I was enjoying being a director. I had that director air about me. I had Robert Redford coming up to me and saying, ‘Wow! I love that movie you directed.’ That was a cool feeling.

Jason Statham has signed on for Fast & Furious 7. Who would win a fight between you and him? Because he’s pretty tough.

He’s pretty tough? No one told me he was pretty tough. Aargh! I’m out of here. Oh God… put it this way: I don’t lose, if that helps.

And yet I’m a teddy bear. You know that. I’m nothing but a pussycat, deep down inside. And yet that Furyan part of me just won’t lose. Why do I have to be such a Furyan! Fuck!! 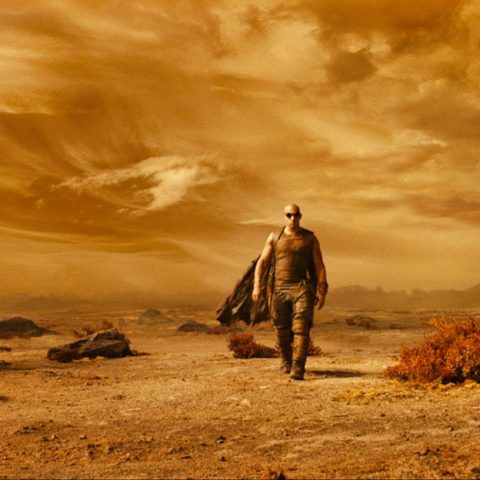 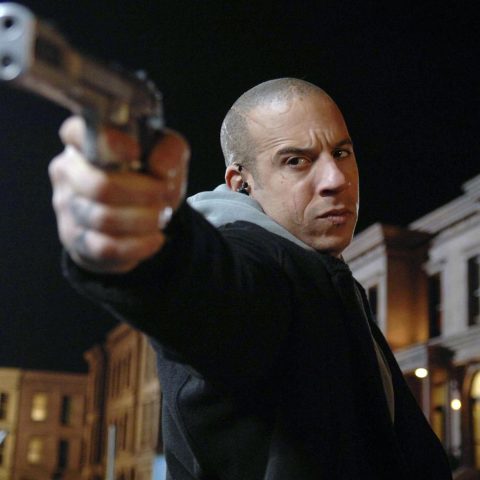 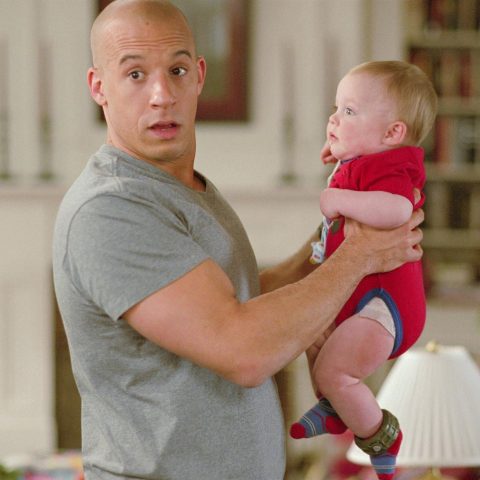 Next articleAppetite For Destruction – Roland Emmerich