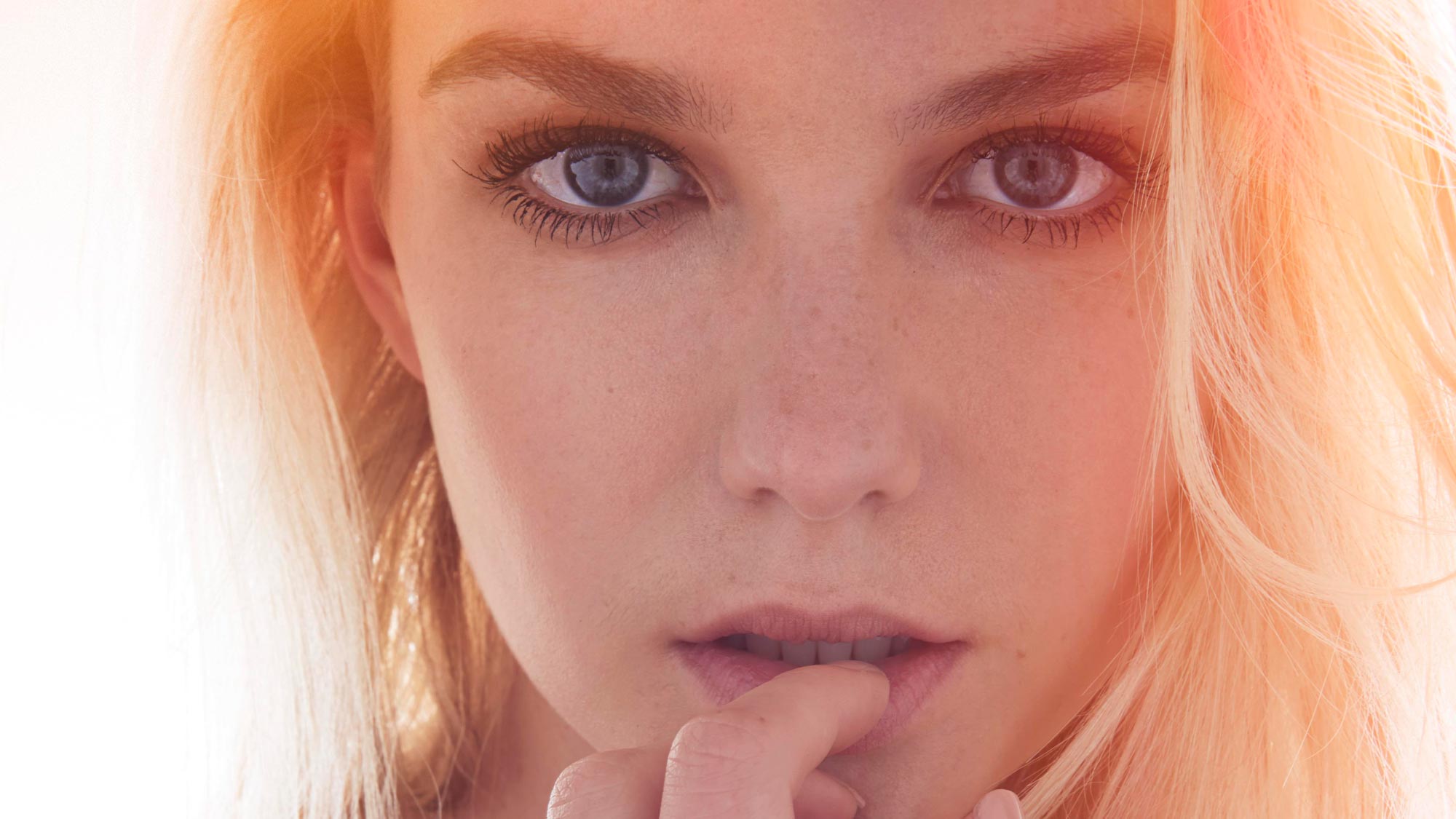 22-year-old from Perth and Kinros in Scotland who made her big screen debut in the touching drama What Maisie Knew. A modern interpretation of the Henry James novel about a child caught up in a parent’s unpleasant divorce, Vanderham plays the au pair Margo alongside Steve Coogan, Julianne Moore and Alexander Skarsgård.

“The other day I was at the opticians and the woman went, ‘Miss Ham, Miss Ham, we’ll see you now’. She just missed out the ‘Vander‘ bit altogether,” she says about the name that comes from her Dutch father. “I quite like that it sounds a bit like Van Damme. It could be worse.”

_ On landing her part in What Maisie Knew 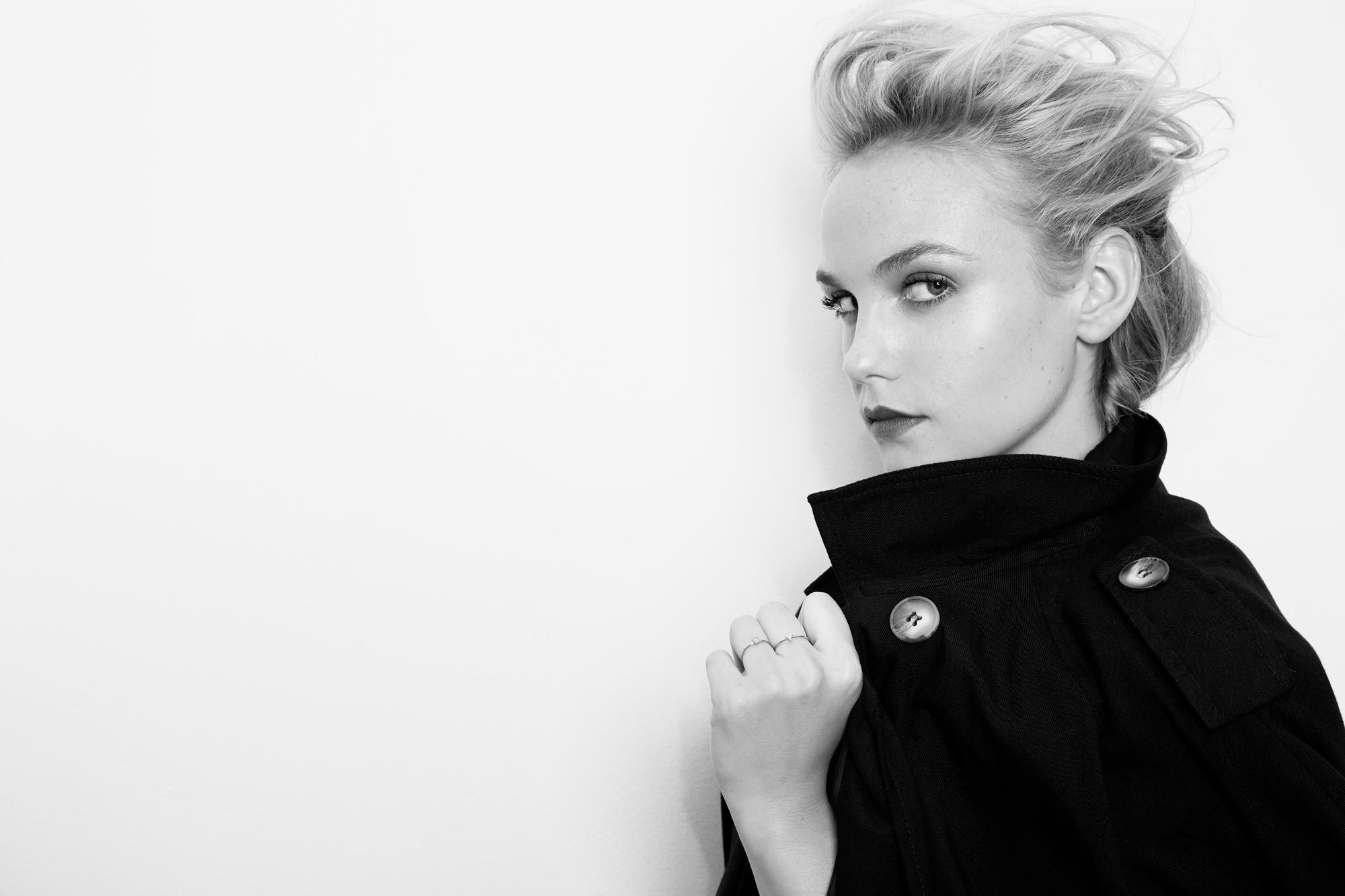 “I got a phone call from my British agent saying, ‘Can you read this script? It’s quite urgent’. I was filming at the time, but I managed to read it but by the time I could return the call the office was closed. At 10pm that night I got another call asking what I thought of it. I didn’t realise it was so urgent! The next day I had a Skype interview with the directors (Scott McGehee and David Siegel), I didn’t read any scenes, we just chatted about the script and later that night I found out I needed to quickly get a visa as I was going to New York. I was in New York filming two weeks later.”

_ On bonding with her young co-star Onata Aprile

“At the start of production we went to The Hamptons to film the end of the movie and we organised it so that I stayed in a beach house with Onata, her mum and one of the producers and lived as if I was the au pair. It went from Onata not really knowing who I was, to her sat on my lap reading our lines together and us going out for dinner, her falling asleep and me carrying her back to the car.”

_ On working with Steve Coogan

“He is incredibly intelligent so his comments are always witty and acerbic. At the time we were filming he was going through the whole News Of The World phone hacking scandal so had a lot to deal with. We were the Englishman and Scotswoman in New York so if we had a lunch hour we would go together and find a new place. I’m not a huge fan of Alan Partridge so I was sitting there going, ‘Please don’t do Alan Partridge’ and he didn’t thankfully.”

_ On getting papped on the street with Alexander Skarsgård

“I didn’t see it but my older brother phoned me and was like, ‘Are you having an affair with Alexander Skarsgård?’ I was like, ‘No why on earth do you think that?’ There’s a 12 year age gap between Alex and I. He saw me more as his little sister than any possible romantic connection. It was very funny. I love how websites and newspapers like The Daily Mail just jump to conclusions.”

_ On working with director Poliakoff 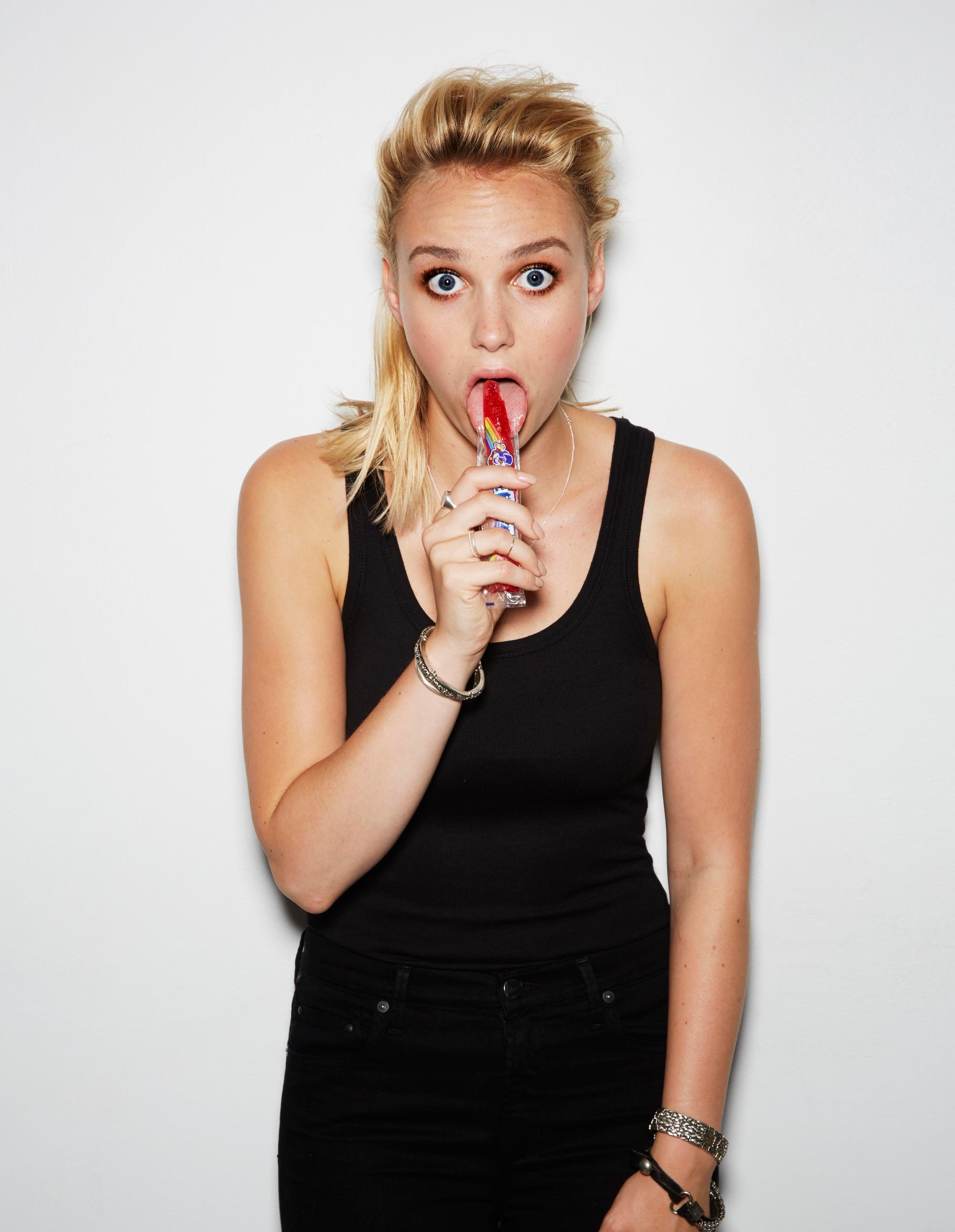 “It was a really interesting journey for me as I went from, ‘I don’t what I’m doing, I don’t know how to work with you’ to, ‘You’re a wonderful big bear that I want to hug’. We had three weeks of rehearsal before we started which is unheard of in TV dramas so that meant on the first day of filming we all knew Stephen really well. So when he did explode or when he was trying to get something across that he couldn’t, you knew relatively what he wanted. He pushed me, and I’m so grateful for that. He gave praise where it was due but if he thought you could do a better take, he’d tell you and tell you why. It was invaluable.”

“It was a miscommunication really. It was what was scripted and when I read it I thought, ‘Oh we can talk about that later and it will be fine’ and then he assumed I would be naked, and I was there going, ‘I’m not sure if I’m OK with that’. At the end of the day he said he wanted the best performance from me and if I was going to be uncomfortable he wouldn’t get that. Now I’m so glad I didn’t do it; we shot it with me wearing a vintage negligee. I was looking at clips for my showreel and I was thinking what scenes would be good for it. I typed Dancing On The Edge into YouTube and the only scene that came up, from six hours of drama, was that scene. Which says it all. I think I made the right choice.”

_ On wearing corsets for The Paradise

“Filming in 23 degree heat in a corset is a challenge. You do get used to it though as the metal in the corsets moulds to your body as time goes on. The only thing is at the end of a long day you just want to lie down. One of the guys had to wear a corset for one of the storylines and he’s now one of the most sympathetic actors on set.”

“I once got sent four pieces of A5 with the tiniest writing you will ever see, written in four different colour pens. It talked about Tony Blair, the war and then Lincoln, it was bizarre. It finished by asking if I could send four signed photographs of me naked holding a cup of earl grey tea. Because he had broken his teapot. That was surreal and very creepy.” FIN 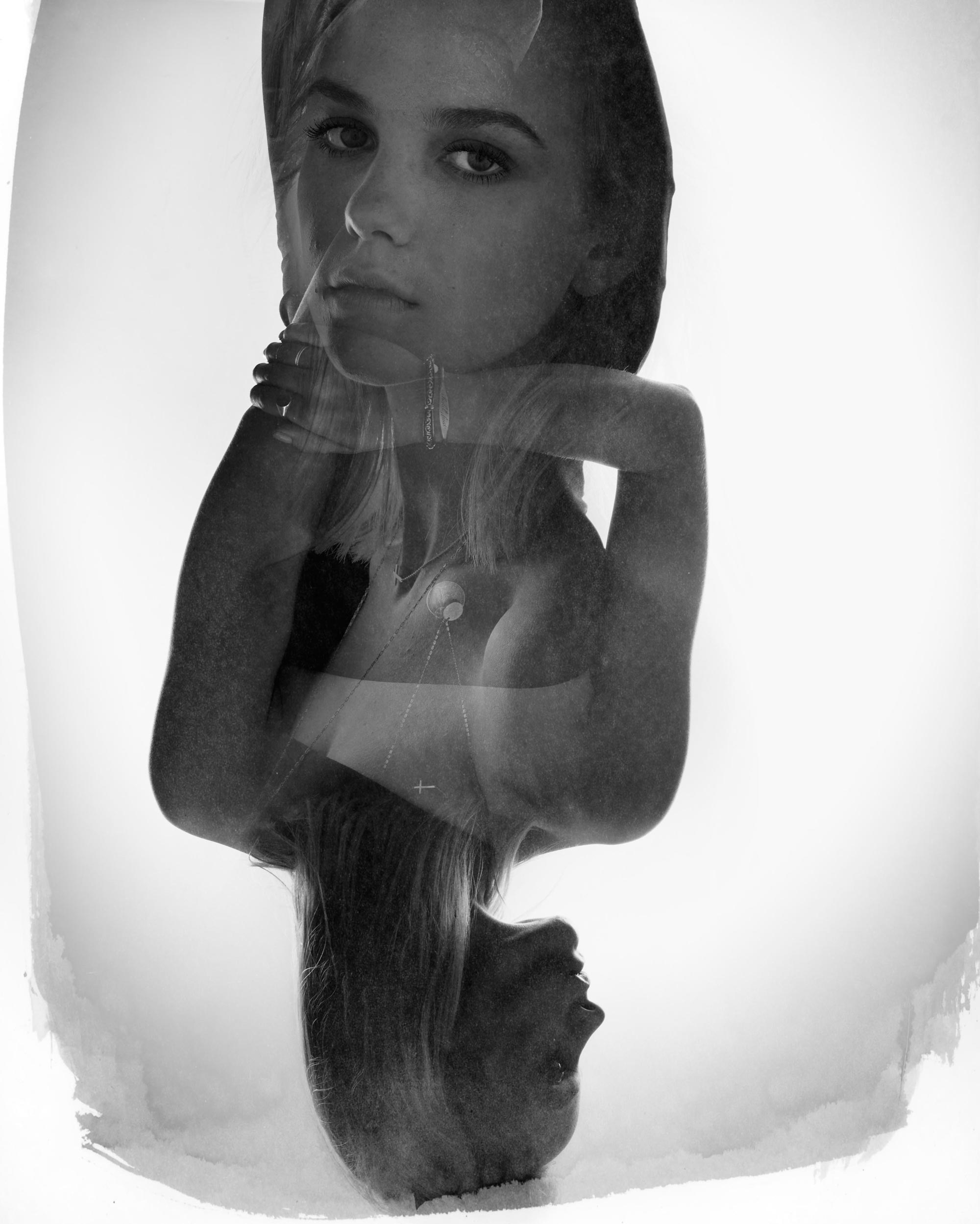 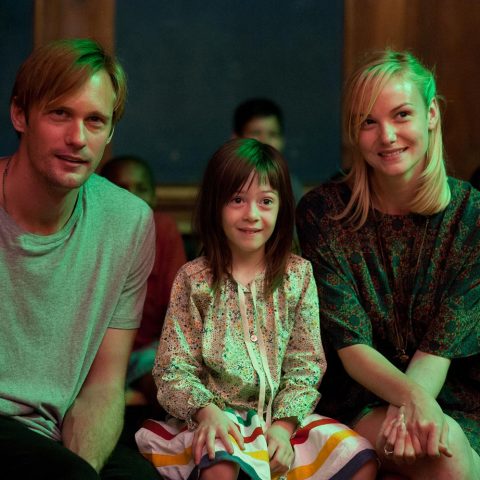 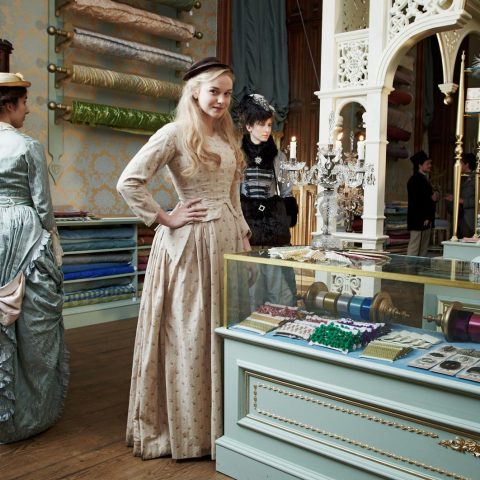 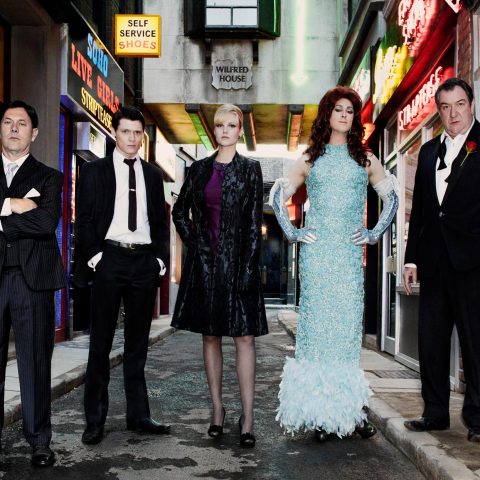