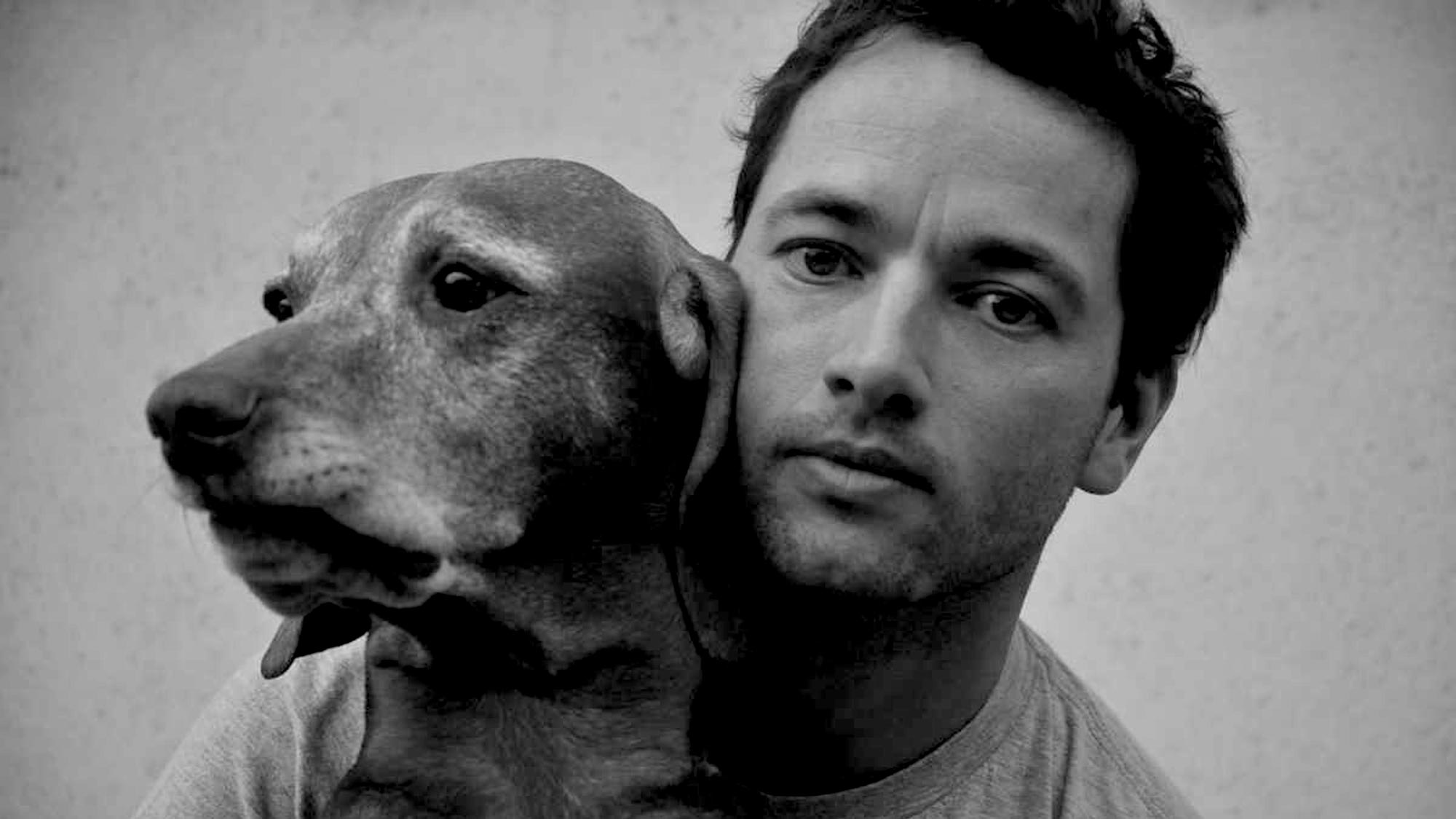 When you try and think of an Oscar-nominated British director, Sean Ellis’ name might not spring immediately to mind. But the 42-year-old made the short list back in 2006 for his black comedic short film Cashback and since then he’s not been a stranger to awards ceremonies. His 2008 effort Voyage d’Affaires was nominated for a BAFTA, and most recently his third feature film Metro Manila won the audience award for World Cinema at the Sundance Film Festival and has been selected as Britain’s submission for Best Foreign Language Film at the 2014 Academy Awards.

INDUSTRIA first met Sean Ellis back in 2002 when he was an in-demand fashion photographer shooting for the likes of Vogue, Harper’s Bazaar, i-D, The Face and Arena (the magazine a lot of INDUSTRIA’s staff worked on). He’d started taking pictures when he was 11, moving from his home in Brighton to London, training as a still-life photographer and shooting campaigns for the likes of Pirelli, Christian Dior, Hugo Boss and Davidoff. This led to him joining RSA Films, an award winning film, TV and commerical video production company, founded by Ridley and the late Tony Scott, shooting commercials for big guns like Land Rover, Nike, Samsung and Jean Paul Gaultier.

His first feature film was an expanded version of Cashback – a quirky romantic comedy set in the aisles of a supermarket, his second a psychological thriller, The Brøken starred Lena Headey (Game Of Thrones) and Richard Jenkins (Burn After Reading) and premiered at the Sundance Film Festival in January 2008. For his third film, Ellis has gone and done something completely different again. Set in the Philippines, Metro Manila stars local actors Jake Macapagal and Althea Vega, and is a heartbreaking migrant drama about a impoverished farmer who moves his family into the city to find work and ends up in a plot to rip-off an armoured truck. Written, directed, produced, shot and self financed by Ellis it’s a tour-de-force and even more remarkable in that it was filmed in just 35 days and in the local dialect of Tagalog.

Are we right in saying that you got the idea for this movie when you visited Manila a few years ago?

Yes, when I went there on holiday in 2008. I saw two armored truck drivers having an argument. I took cover in a doorway and just watched. It looked like one was really being very aggressive with the other and that one had been caught in a very frustrating situation and he vented it by kicking the truck. They had kettle helmets, vests and M16’s and I was like, ‘Fuck! What are they arguing about?’

What was your impression of the country?

One of the big sensory overloads you get when you’re in Manila is the amount of guns there are. Traffic wardens have shotguns, every Starbucks has a guard with a gun at the front door. I never really got used to it, especially coming from England where we pride ourselves on the fact the police didn’t carry guns for many years and then suddenly you go there and it’s like the world and his sister’s got a gun. It was a big culture shock for me and so the scene I witnessed really struck me. I started to think what it was they were arguing about and imagined a backstory about one of them blackmailing the other one and forcing the other one into a robbery for the company that they both worked for.

This is a very low budget movie. Is it true you remortgaged your house to get this made?

I think most film production companies are geared up to finance films within a certain film bracket in a certain budget. Anything that goes below or over that, they’re not sure what to do. This movie sort of fell into that no-man’s land and it became apparent that I would have to finance it myself because that was the only way it was going to get made. I was basically going to see if I could do a lot of the jobs myself. I think on this kind of budget, if you take out the business class flights and hotels for two months that you would have to pay for your DP, Focus Puller, Steadicam Operator and Sound Recordist it ends up being quite a substantial amount. Once we were in Manila we just had to shoot it as flying back seemed like a waste so it became this incredible run and gun project really.

It must have been a challenge filming in an exotic country and in a foreign language. How did you cope with that?

I was like, ‘Do I go and make this film back in the Philippines or do I try and transpose this story somewhere else?‘ For me it was a very universal story and that’s reflected in the fact that 20th Century Fox have bought the remake rights because they believe that they can transpose the story in a number of countries and remake it. What I’ve noticed when you don’t know the language is you concentrate a lot less on the actual delivery of the words and start to look at the acting and the body languages. You notice the rhythm of what’s being said.

How did you find your cast?

One of the first people we met was Jake Macapagal who plays Oscar Ramirez. He’s a trained theatre actor and knew everybody in the industry there and helped cast the film. There isn’t really casting agencies in Manila, it’s done on a networking basis – managers will represent two or three people and they’ll hear about the castings and they’ll send their people, but there’s no one casting agent that puts them altogether.

Manila looks incredible, particularly the scene with the religious festival.

Every time I found a gift I just acknowledged it and embraced it. We had researched that the Feast of the Black Nazarene was happening while we were there, which is where a burnt Jesus holding a cross is dragged through the streets, so we wanted to incorporate it into the film in some way. It was a logistical nightmare because we were running out of days that the festival was actually happening.  But we were lucky with the way it turned out as because we shot on a Canon 5D meant we didn’t look anything more than tourists so the actors could walk through hundreds of people and none of them looked at the camera. If we’d put a 35mm camera there and a film crew, we wouldn’t have got what we did.

People might be surprised to learn that you shot this on a Canon 5D.

It’s a system I tested quite extensively before I went out to Manila. I was doing commercials before the film in order to test the equipment and figure out if we could shoot a movie on a 5D. We even projected some of the footage up on a 40ft cinema screen to see if it held up. We paused an image and you could see all this noise in the blacks but I just thought, ‘If you’re sitting there spotting that then I’ve failed as a filmmaker as you’re not following the story’. I always remember what Adrian Lyne said; ‘If you have an amazing story, you can shoot on the shittiest camera and it will still be an amazing story’ and that’s true, the story’s got to lead the audience.

You obviously come from a visual background but what about the writing process? Do you find that quite tricky?

I think I was always a fashion photographer who was a frustrated filmmaker. The visual side is what got me into the business and how I learnt about film making, but I had to spend a lot of time teaching myself about screen craft, story structure and character development.

Since I’ve stopped doing fashion photography, I’ve really got back into it. I’ll take pictures for fun and I’m literally surrounded by cameras – it’s given me back my hobby in a weird way. It’s not something I do as a hired gun anymore. That’s not to say I wouldn’t do it as a hired gun but I just don’t really have the time to pursue that anymore.

Is it true you wanted to be a stuntman?

I think I wanted to be one for about a week until I hit my head on the radiator doing a really bad stunt in a cardboard box down some steps and then I thought, ‘Mmm, maybe a stuntman’s not the best thing’ and I thought maybe filming stunts would be more interesting so I moved towards that. I remember being completely obsessed with Barry Norman and Film ‘84. I’d find myself humming the soundtrack through the school corridors. My interest in photography was beginning and to my mum’s dismay I would set fire to five action men in the living room and photograph them on fire, trying to re-enact Die Hard.

You photographed Hayden Christensen for the cover of Arena magazine back in 2002 for the Star Wars prequels. Are you excited about the upcoming sequels?

I definitely think it’s in the best hands. The thing is those first three films are so not connected to the second three films for me. I just hope that the next three films are going to be for the new generation, what the first lot were for us. Out of all the people that could probably deliver that, I think J.J. Abrams can so I’m excited to see what he does with them. the fashion soldier – This was for editorial for GQ Style. I liked the idea of trying to mix the pictures of war by Robert Capa with men’s fashion. The execution of the idea was to bring something epic to the series of pictures. red hair – This was a series of pictures taken for fashion magazine Numéro. They were shot under water which gave the hair this dream-like quality. kubrick the dog – The book was a document of my dog’s life from beginning to end and all the people he met along the way. blue smoke – This was shot for Surface magazine at the beginning of 2003 – it’s hard to believe that’s ten years ago! I combined images using paint shot in a fish tank with the images of the girl. I liked the surreal feeling they had.
View Gallery 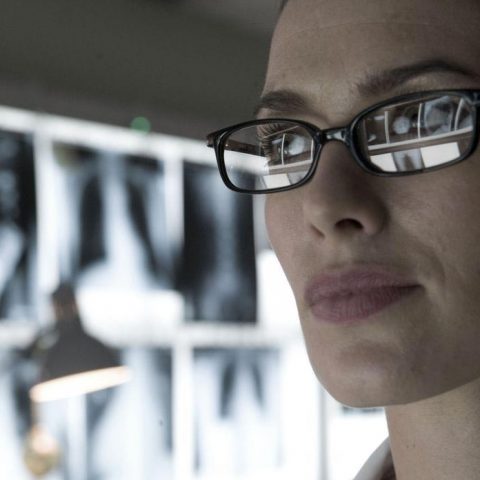 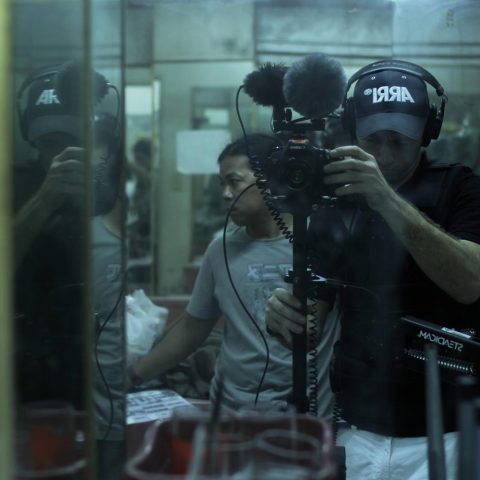 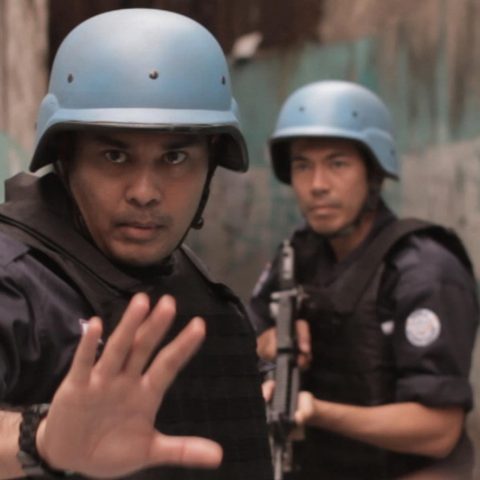 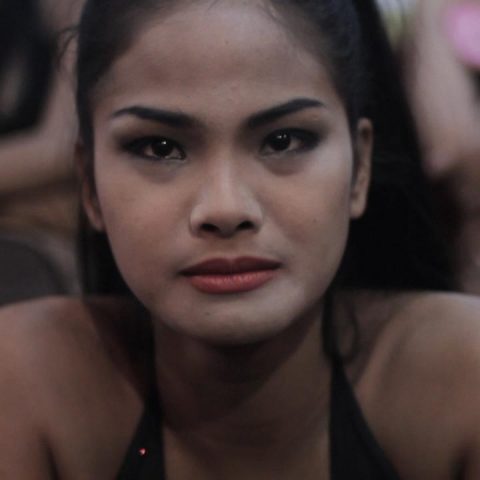 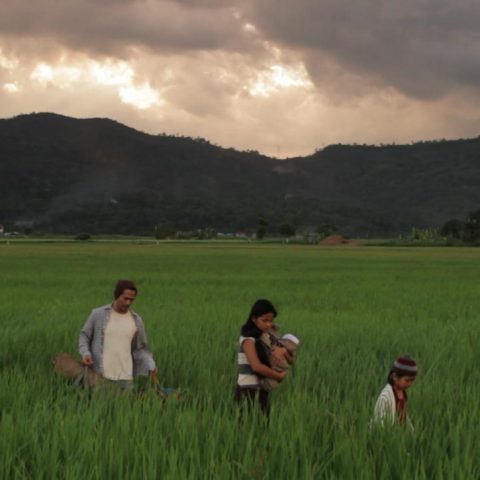