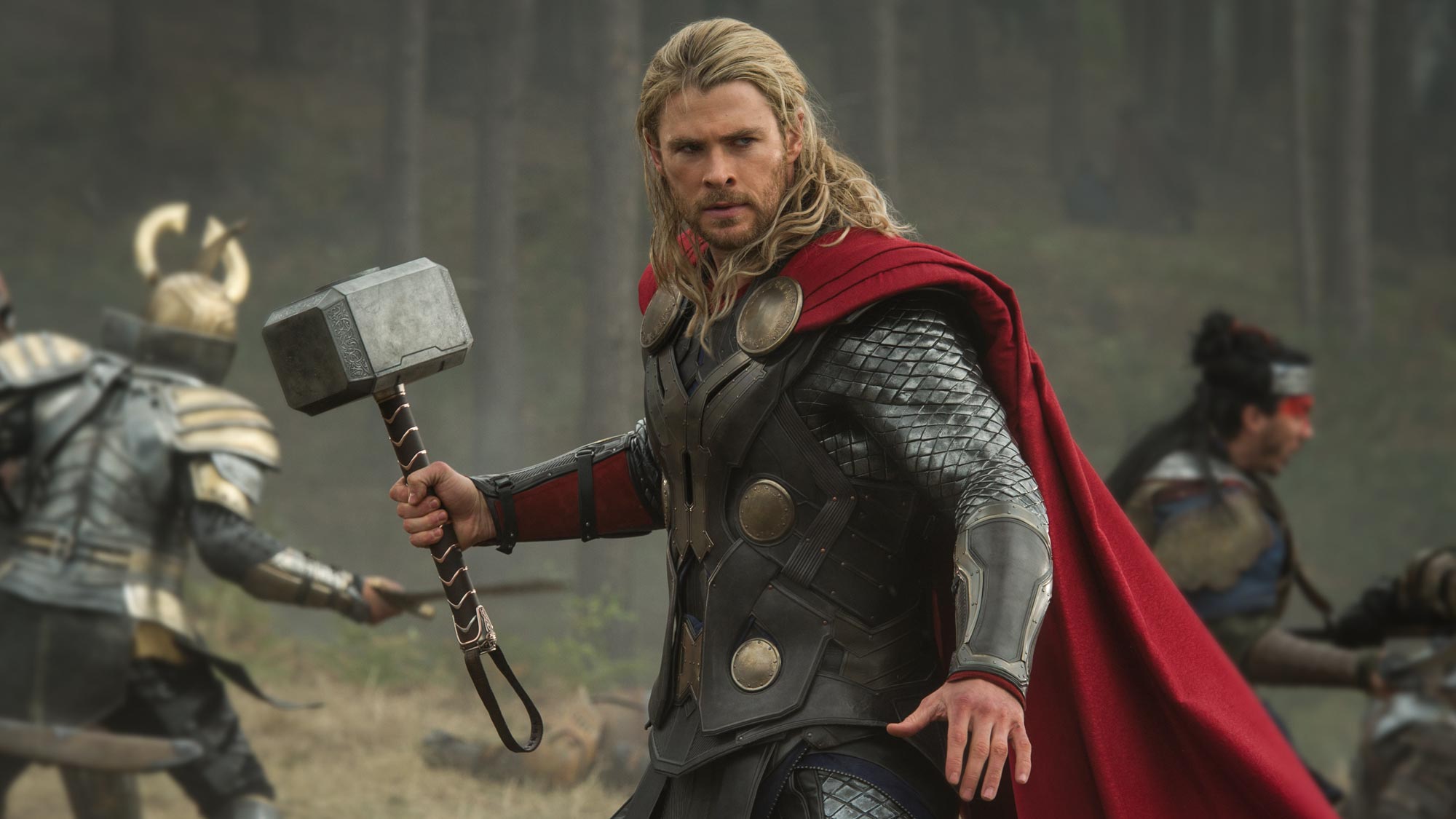 On paper it was always one of the trickiest of the Marvel franchises to be a success. A Norse God who talks in oldie-worldie language, a heaven-like realm floating in space, a tit-like canon which fires medieval clothed beings to Earth, a clash of myth and modern-day which required more than a grudging acceptance that a man running around in Spandex with a shield can save the day. But against the odds Thor was a success to the tune of $450million worldwide. As a key member of The Avengers ($1.5billion worldwide box office take) in 2012 Odin’s hammer was always going to get twirled in anger again in his own stand-alone movie and thus we have Thor: The Dark World arriving in cinemas next month. The rush to get the next Thor into the multiplexes meant director Kenneth Branagh was reluctant to “get back into the saddle so swiftly” so directing duties were passed onto Patty Jenkins (2003‘s Monster, which won an Oscar for Charlize Theron) but she too left the project over “creative differences”. It was up to Alan Taylor to pick up the pieces – a veteran of quality TV (Game Of Thrones, Boardwalk Empire, Mad Men, The Sopranos) but a relative novice when it comes to enormous superhero fanchises.

“I came from television, and in many ways, television is a great way into this partly because this isn’t Citizen Kane, this is episode two of an ongoing franchise,” says Taylor. “In that way, the change wasn’t that big. The cast were already established so it was made easy. And having done Game Of Thrones, where there is this epic scale which has to be balanced against the fact you are supposed to be caring about fairly intimate, small relationships: brother against sister, daughter against father, well that’s the same model that we used here. I had done my homework for Thor. The biggest challenge was that the script was in flux when we were shooting, which is always rough for everyone.”

Eventually the script was sorted out and the sequel has Thor (Chris Hemsworth) returning to Earth where he has some quick explaining to do to his some-time girlfriend Jane Foster (Natalie Portman) as to why he didn’t stop by for a booty call when he was saving the world in The Avengers. Before attempting to stop Malekith (Christopher Eccleston) and his army of dark elves from plunging the planet into darkness.  INDUSTRIA sat down with Alan Taylor and the cast to shed light on how Thor: The Dark World struggled to the big screen.

Painful. Not only is he a great director but also he’s an actor, so to come in and be the new ‘jerk’ is challenging, but we all got along. I wanted to change the tone of the way the world looked, but basically apart from that we just picked up from where he left off with the characters and the performances. We took the characters into a different territory, but the characters themselves were already established. He had done the hard part. No one said, ‘I wish Ken was here,’ to my face.

How much did you know about this world and about Thor before starting work?

Very little. I was never really a comic book person, but I do remember liking Batman comics when I was a kid. And yes I know that’s DC! I was aware of Thor as a character, but I had never been introduced to him. When I said yes to the job, it was more because I felt an affinity with the epic fantasy stuff with the things I had been doing with Game Of Thrones, and thought that maybe I could find that in this world. I loved the fact it had one foot in Norse mythology, and then when I turned up, they gave me the three-volume Thor set, and I started reading it, and I found it was pretty wild and psychedelic stuff; some of it is really good and some of it is really tacky – there’s one where Thor is a frog, and Loki’s a woman half the time. I started to lose my mind. There was a late run of  Thor that had beautiful, rich imagery where you really felt the raw, Viking-edge to it, and that’s what I wanted to capture, so I drew from that.

Did you watch a lot of the comic book movies to prepare?

I certainly watched every Marvel thing I could get my hands on, and started paying much closer attention to action movies than I had before, and trying to look for signs of which way to go. I also looked at a lot of historical material for the Norse side of things, and the imagery for Asgard was drawn directly from Celtic roots or Norse roots.

If you could direct another Marvel character, which one would you pick?

I think the audience for superhero movies is getting so sophisticated now, that you can already sense that they are bored by the mainstream options. So I think Marvel is doing something very clever by veering off into strange territory. I think it’s great that they are doing Ant-Man. And I think Edgar Wright is perfect for that as I loved Scott Pilgrim, and I have seen a little trailer for what they are doing with Ant-Man and it’s wild. It’s kind of a second-generation superhero movie, as you have to understand all the devices used in superhero movies to do this spin on them. And I think the same thing is true for Guardians Of The Galaxy. So I think I would love to do Ant-Man, as he is inherently strange, someone different and a little obscure figure that you could make your own. I am not itching to do another one right now though, I am still recovering from this one.

When Patty Jenkins dropped out did you have to audition for Marvel?

I wasn’t really aware how much I was auditioning, but looking back I probably did. They have ideas of where they want to go and I think they are looking to see if you align with that vision. I think a lot was accomplished by the fact they had already seen Game Of Thrones, and they wanted to meet, so they knew what I was bringing. Part of it was saying what I thought of Thor and what I loved and what I would want to change about it. It was only really one meeting.

You have Christopher Eccleston as the villain, how did that come about?

We knew Malekith was the villain but he kept changing as a figure. He has a partner named Algrim, who was out of the movie for a while and then was back in the movie. During that process, I went to another actor – Mads Mikkelsen – to play him, who is someone I am just fascinated by and love, but it didn’t work out. After that, the character solidified and I approached Chris because by then it was clear what the tone of his character was –he is intelligent, regal yet disdainful, and so tragic, and Chris could do all of that. Then the curveball for Chris was making him speak Elvish at the last second.

In the first movie there was a nice balance between the drama and comedy, have you kept that with the sequel?

I was very aware that I was trying to darken things and trying to enrich some things, and doing that was going to put the other side of the tone in peril, because you are asking more of your audience to be able to actually really believe that person is being killed, and then to laugh two seconds later. But I think we did it. We did try to keep humour as part of it. I watched The Avengers with my daughters and when the first laugh came along, they just lit up. At that point, I realised that it is key. The reason The Avengers worked the way it did was the audience were allowed to laugh, and that’s part of the Marvel experience.

Would you say this is darker than The Avengers?

I don’t know if there is more of a sense of danger than The Avengers, because they were about to destroy the world, and we are trying to destroy the world, but I was trying to make it more visceral. In the original Thor, they had a battle on Jotunheim and I always worried that it felt like a claustrophobic green screen environment, and the monsters were CGI, and after a while you started to peel away from it. I really wanted fights to be on location; I wanted there to be dirt, I wanted there to be horses, I wanted the things I had learnt on Game Of Thrones to make it feel visceral. The stakes are the same, someone wants to destroy the universe, but we also do kill some people we care about in this one, which is another Game Of Thrones trick.

Scary. I think I just avoided directing him for the first few days. I think I probably said, ‘action’, ‘cut’, ‘excellent’ and ‘perfect’. Then as I got used to him, I started asking him to do things. It’s daunting to have that much range, but I had to get over the idea that it was ridiculous for me to go and tell him how to act. Once I got over that, we found a way of talking to each other.

Now you have done a big movie, are you going to go back to TV, or stay in film?

I would love to go back and forth between TV and film, if I can. It seems as though more and more people are doing that these days, and people who I really respect. 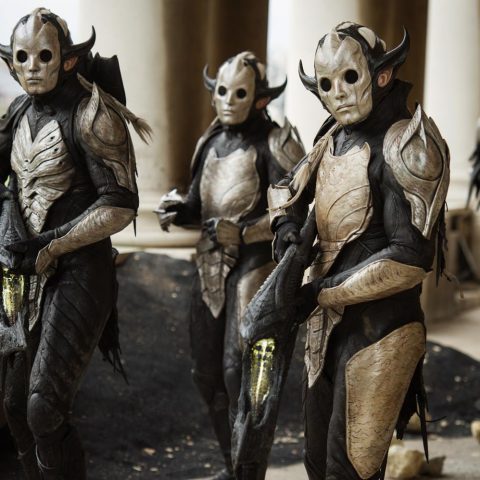 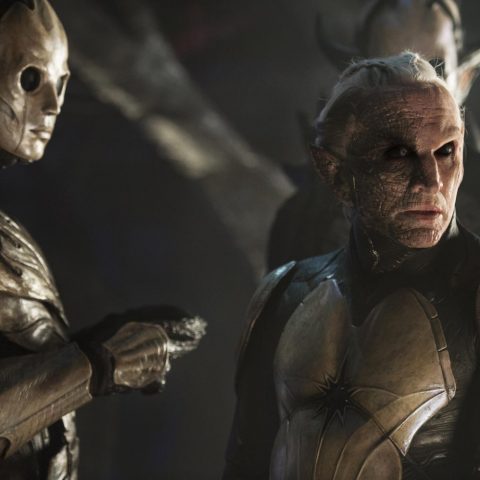 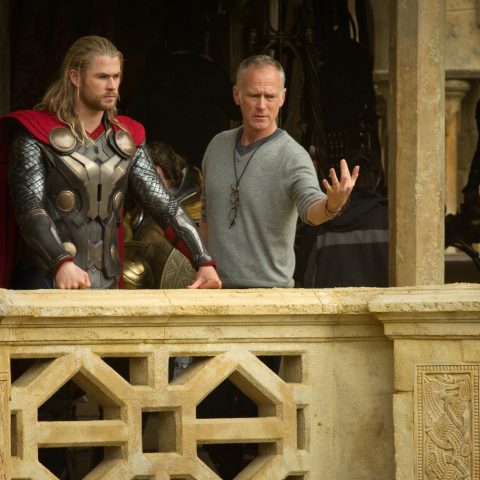 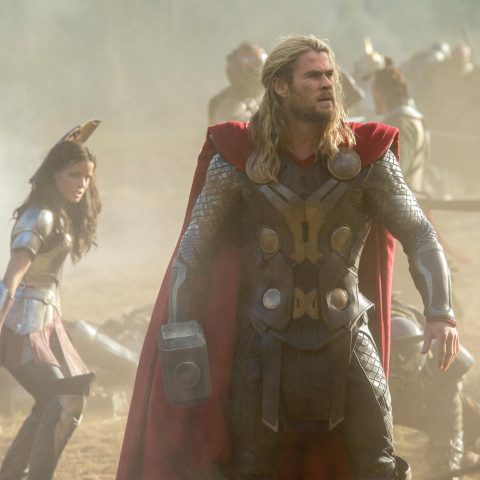 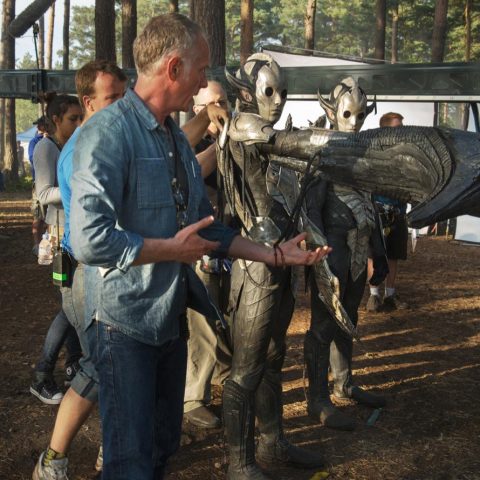 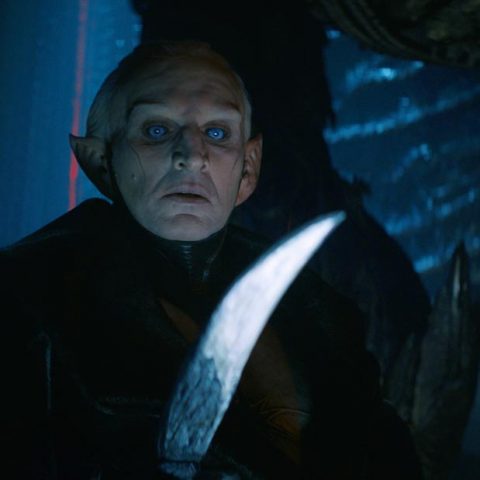