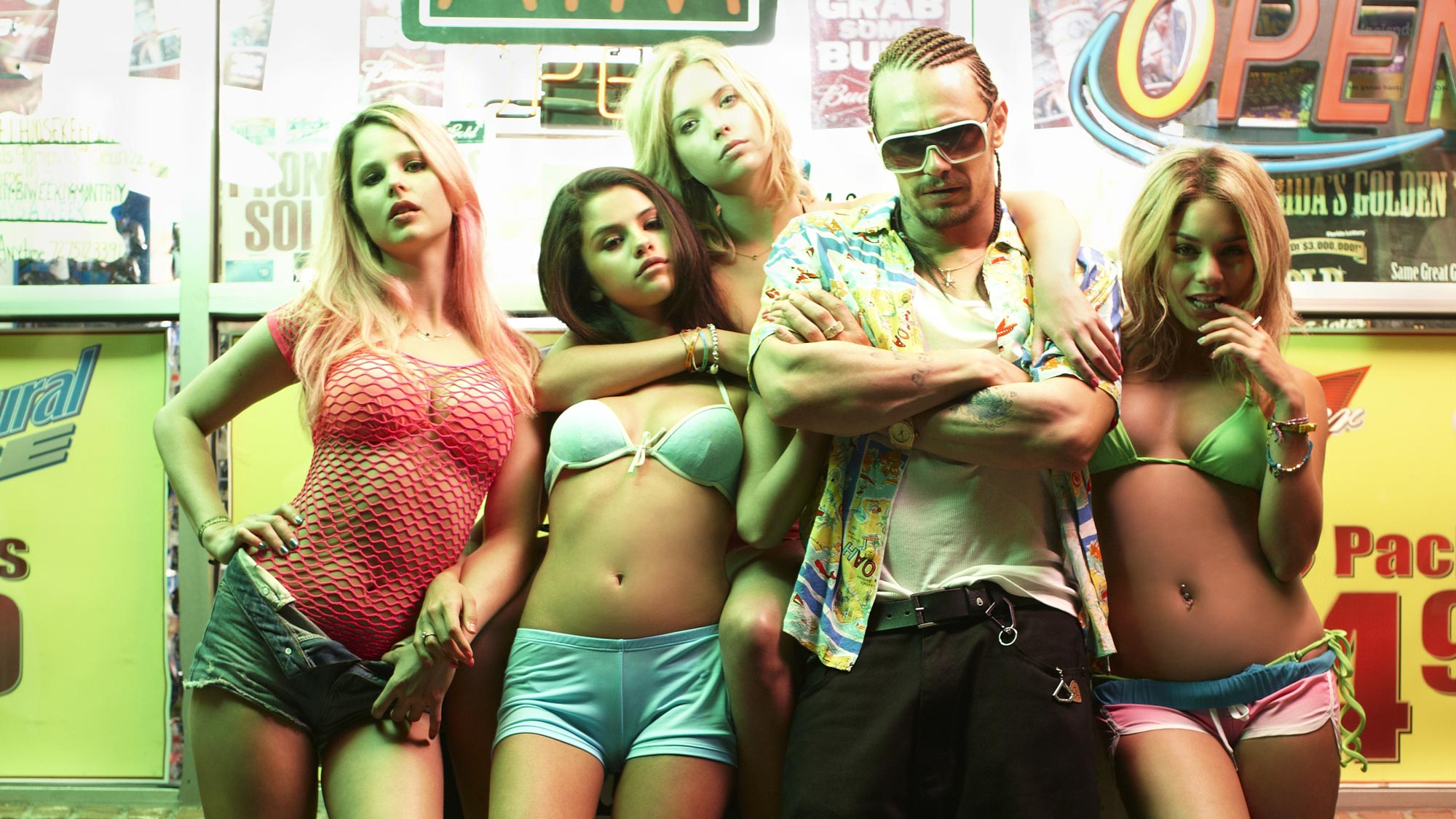 _ If the title of Harmony Korine’s latest picture, Spring Breakers, has you imagining beautiful young starlets in bikinis, binging on beer and bongs, then STOP. This is not Piranha 3D. This is not a movie about spring break. “The movie is about energy more than anything, a feeling, what happens when you get lost. It’s not about spring break.” Korine clarifies, “It’s about when you drive a couple miles away from spring break and you’re out on the boardwalk by the beach in this weird, fucked up, drunken place. It’s like beach noir.”

Written and directed by Harmony Korine, acclaimed writer of 1995 parental nightmare, Kids, Spring Breakers is a timely fever dream of teenage kicks that continues Korines’ fascinating of youth gone wild. Greeted with rousing cheers at its Venice press premiere, Korine seems to have perfectly conveyed the mindset of its pleasure-orientated teen protagonists and the uncomfortable realities of teen life.

Spring Breakers revolves around four small town girlfriends unable to legitimately fund their sex and alcohol-fuelled trip to Florida. Desperate for a “break from reality”, the quartet elect to rob a fast-food joint armed with fake guns and hammers, before changing into neon bikinis and launching straight into the all-day, all-night cocktail of spring break. “When I wrote the script, I started thinking about girls in bikinis with guns, wearing ski masks,” Korine recalls. “I was like, ‘Where would you see that?’ And the idea of spring break came to me. I just started imagining girls on spring break robbing places.”

Spring Breakers represents a significant shift in exposure for the 39-year-old filmmaker; Korine admits that it might have the most commercial potential of any film he has directed. If so, he owes that largely to his cast: the girls are a major draw. However, fans of Selena Gomez and Vanessa Hudgens be warned: Spring Breakers is not the usual brand of Disney magic. This is Disney uncut; a High-on-marijuana School Musical. “When I was thinking about the cast, I was thinking about who could play these parts, and was wondering who the girls are in this generation that best represent a certain ideology. There was something intriguing about the idea of using girls primarily known from a Disney-type reality.”

His latest not only signifies the willingness of Disney’s pop princesses eager to escape the typecasting mousetrap of its previous youth idols, but Korines’ movie also underlines the maturation and intent of its developing stars from icons of contemporary pop culture to serious actors of art and  ability. For her part, Gomez agrees. “I was getting kind of repetitive in terms of the roles I was picking, and I really wanted to do something that was completely different,” she says. “I also want to do things that challenge me and put me out of my element.” Hudgens reiterated Gomez desire for change “I want people to watch movies and think, Shit that was Vanessa Hudgens.” Completing the perfect partners in crime are Korine’s wife Rachel and Pretty Little Liars beauty Ashley Benson. Benson revealed “Harmony and I kept texting back and forth and he was saying: ‘You’re going to have so much freedom, it’s not like anything you’ve ever done before!’ Harmony wanted us to all break out of the good-girl mould.”

Before you condemn Korine for surrendering to the studio system, the director emphasises the importance of the imagery and the design of the movie. “I feel like my narrative or whatever the fuck it is becomes too prominent. My idea for the film is more music-based than cinema based. I wanted to develop this idea of clips like micro scenes, falling through a filmic filter. Music is now mostly looped and sample-based. I wanted to develop a film style that could mimic that in some way, a new vernacular, at least for myself.”

And what would any artistic film project be without James Franco as a drug dealing cornrowed metal-mouth rapper named Alien? “On one level the movie embraces pop culture, but because of the way the movie is structured, the movie also reveals how distorted and very ugly pop culture can be. It’s like a Britney Spears video meets a Gaspar Noé film.” 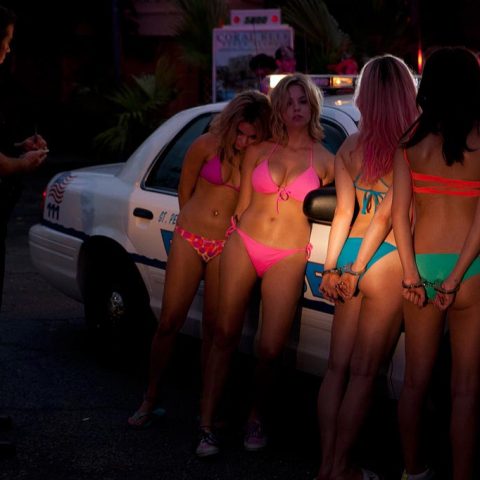 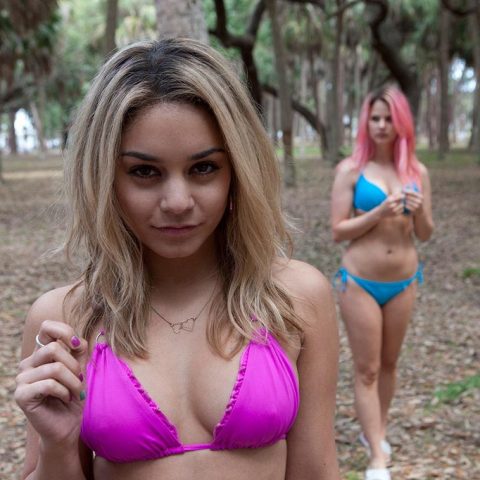 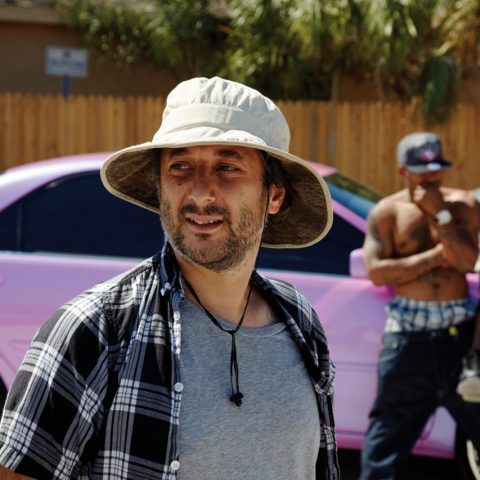 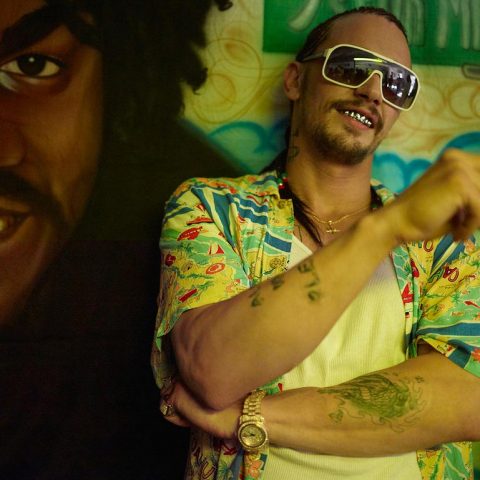