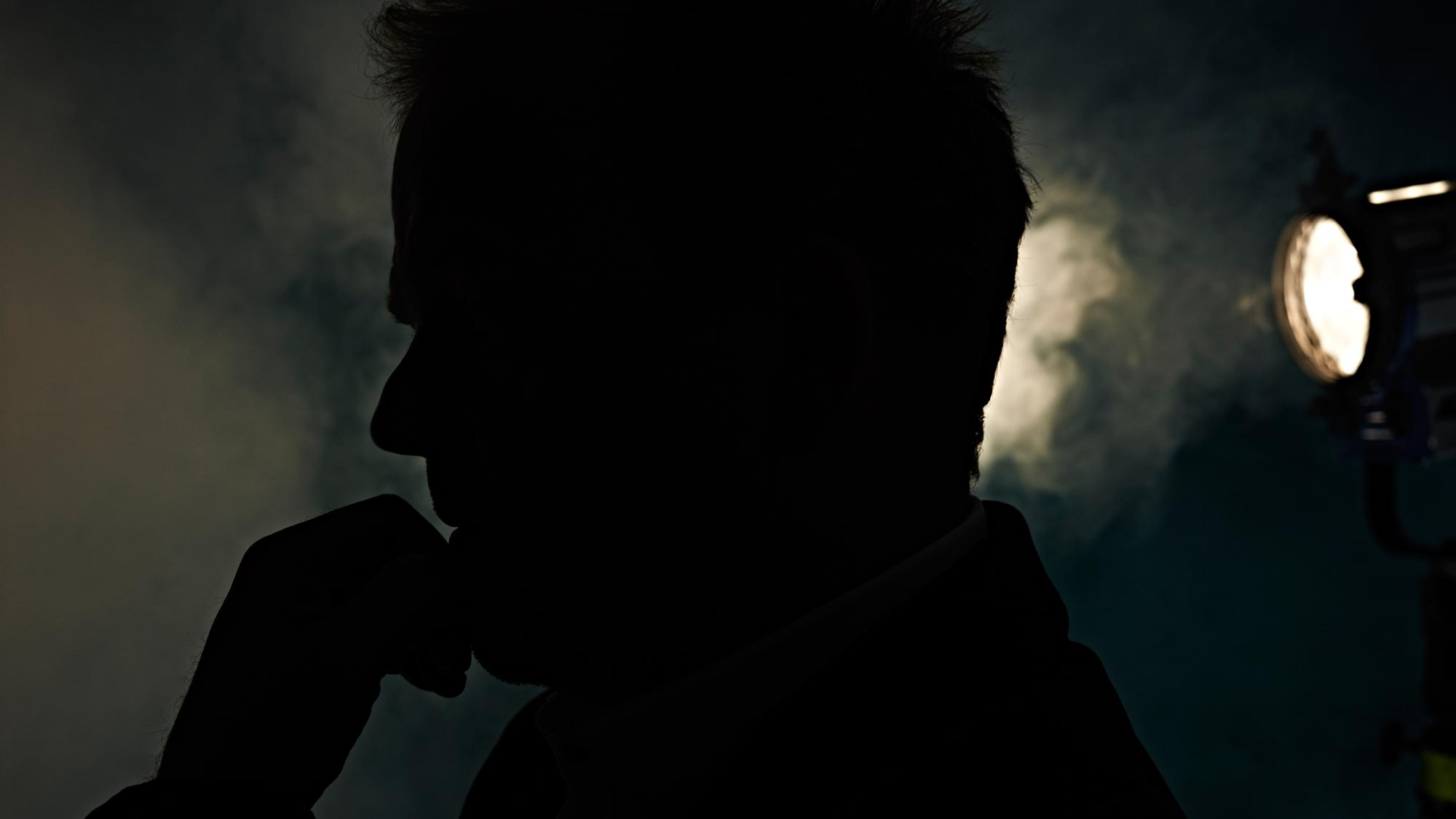 Toby Jones has never been in a David Lynch movie. His late father had, with appearances in The Elephant Man, Dune and Wild at Heart, and one day Jones went for an informal chat with Lynch’s casting director in Hollywood. “You should meet David,” she told him. “He’s on Sunset Boulevard with a cow today.” Indeed. A short walk down the road and there he was, outside what was then Tower Records, campaigning for an Oscar for actress Laura Dern, the star of his psychedelic murder-mystery Inland Empire. “He was charming,” smiles Jones. “As everyone says he is.”

Nothing else came of that surreal encounter, but if Jones was hoping for an offer, he was recently granted his wish with the lead in a film that, though not by David Lynch, certainly merits the description “Lynchian”. Called Berberian Sound Studio, it stars Jones as a sound technician called Gilderoy, who is summoned to one of Europe’s most famous film recording studios to do the sound effects for an Italian horror movie called The Equestrian Vortex. Repulsed by the film and frustrated by Italian efficiency, Gilderoy begins to hallucinate, all the while chopping fruit and veg to represent the scenes of lurid, unimaginable violence being shown to him offscreen.

The film was written and directed by Peter Strickland, whose rape-revenge thriller Katalin Varga, was the bizarre breakout British indie hit of 2009.

“I’d heard about Peter on the radio,” recalls Jones. “He was being interviewed, and, way before I saw the film, I heard the story about how he’d used his inheritance, that he was an Englishman living in eastern Europe, and he’d made this film over a number of years. And because I know so many people who talk about the film they’re going to make and never get round to it, this amazing determination to get it done – and the fact that he was working in such unfamiliar places, like Transylvania – stuck in my mind. Then this script arrived, Berberian Sound Studio, and it was quite unlike any script I’d ever seen before.”

“As soon as I read it, I knew I wanted to do it. I loved the world of it. I’d written a show myself, for theatre, in which a man lives in a shed and tells his next door neighbour stories, and they go on journeys of imagination together. It was like Cubist theatre. So that world fascinated me, a world of hyper-artificiality in service to reality. It’s a very poetic world.”

Working with Strickland proved to be an eye-opener in more ways than one.

“I’m not saying anything off the record,” says Jones, “but Peter made Katalin Varga with a skeleton crew, mostly in exteriors, with very little light, so when we made this – which was all interiors and all shot in the studio – he had no experience of working in that industrial way of making films. So we all realised, little by little – like when Peter was offering to go and get us a coffee! – that he didn’t have any experience of that. He would obsess about little props on the set, it was a new world for him. And that was fascinating. Because on one hand you feel very vulnerable and you’re like, ‘Hang on, who’s in charge here?’ And on the other, you’re very aware of how jaded you’ve become.” 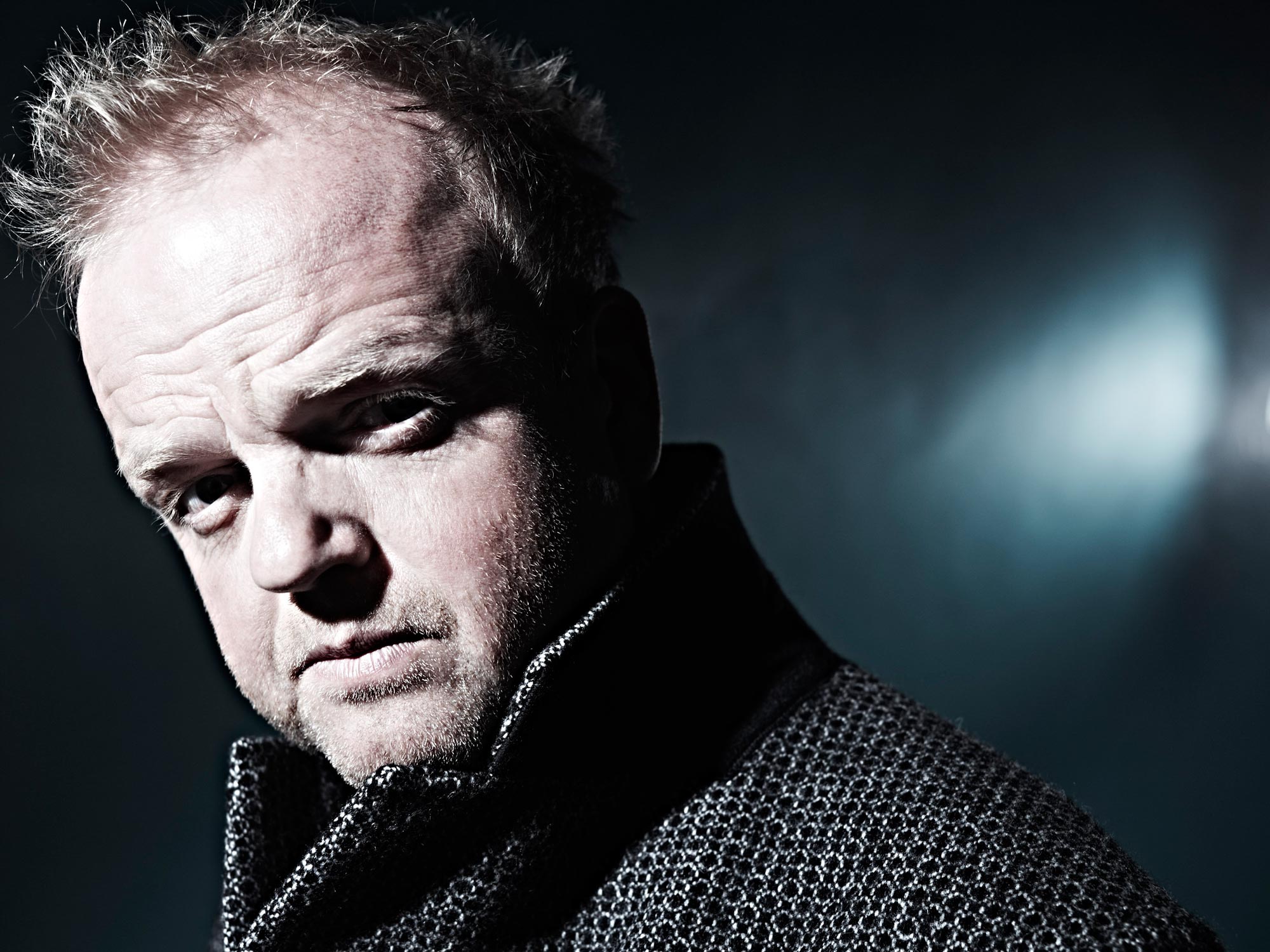 _ Unlike Katalin Varga, Berberian Sound Studio is a very open-ended experience. Did Jones have any way of keeping tabs on what was happening?

“Well, I knew that I had to have my own theory about it,” he says, “because a lot of the action is cyclical and we’re never quite sure where the forward momentum is coming from, and we’re not quite sure what’s happening to Gilderoy. So I knew that I would have to make up my own story for him, and that’s what I did. I made some charts, so I knew exactly where I was in the plot and how many times a certain thing happened, and there seemed to be – consciously or unconsciously – lots of patterns.”

As to what that “explanation” involves, Jones is not revealing anything – partly because he believes even Strickland, whom he describes as “a very intuitive writer”, doesn’t really know. One theory, for example, is that Gilderoy never leaves the home studio in his garden shed back in Blighty.

“That’s totally legitimate,” shrugs Jones. “But I think if you say that to Peter he would answer, ‘Yeeeahh, he may not have done!’ There’s no thorough interpretation.”

By Jones’s usual standards – Captain America, Harry Potter – it seems like a welcome break from big-machine filmmaking, but Jones prefers to differ.

“Well, I suppose I do a lot of those films,” he says. “But I’ve been very fortunate in the last few years in that I’ve been able to balance those things out. Even Tinker, Tailor isn’t a big film, and Frost/Nixon isn’t a big film, in comparison with those massive ones. And I know it’s a very boring, expected answer, but one permits the other. What’s fantastic is, in a way, you’re closer to a theatre budget than you are on those other films: you work longer days and have more freedom of interpretation. You’re more hands-on.”

Across the whole spectrum of his work, one thing remains constant: in films big or small, Jones tends to play a lot of real people. In Infamous he played In Cold Blood writer Truman Capote, in Oliver Stone’s W. he played Bush’s advisor Karl Rove, and in the BBC’s upcoming drama The Girl he plays Alfred Hitchcock, alongside Sienna Miller’s Tippi Hedren, The Master’s on-off leading lady.

“Gilderoy was hard work,” he says. “You’re working in a very small spectrum of emotion. The work is much more concentrated and you have to hope that what you’re doing is transmitted. But, obviously, all of that work is done for you when you’re playing a real life person. People have a very strong image of Hitchcock. Some people have a very strong image of Truman Capote and Karl Rove, and there’s a lot of backstory you can go to.”

Playing Hitchcock, he says, was revealing in more ways than one.

“I did know quite a bit about him,” he says. “I’d studied him while I was at university, but in going back to him now, looking at his life and this huge body of work, I was really struck by how much he’d invented a way of talking about the grammar of cinema. The confidence with which he interprets what’s important and what’s not important in a story. What shots mean. What’s happening. He was always minting new language for it. And I felt, ‘Have we really acknowledged the debt we owe him?’ He was literally a poet of the cinema.”

The Girl, though, draws on a different kind of suspense.

“There’s a tension,” he explains, “but it’s a tension in their relationship. An ongoing, unnamed tension: he can’t quite reach her, can’t quite get to her. He effectively treats her the way James Stewart treats Kim Novak in Vertigo. Which is true, insofar as Tippi Hedren has verified that that was the case – there was an obsession with controlling every aspect of her, placing her within the films and manipulating her within the films.”

Next for Jones is The Hunger Games sequel Catching Fire, another big film and another vindication for the now 45-year-old Londoner whose career almost ended in 1999 when he was cut out of Richard Curtis’s romantic comedy Notting Hill. 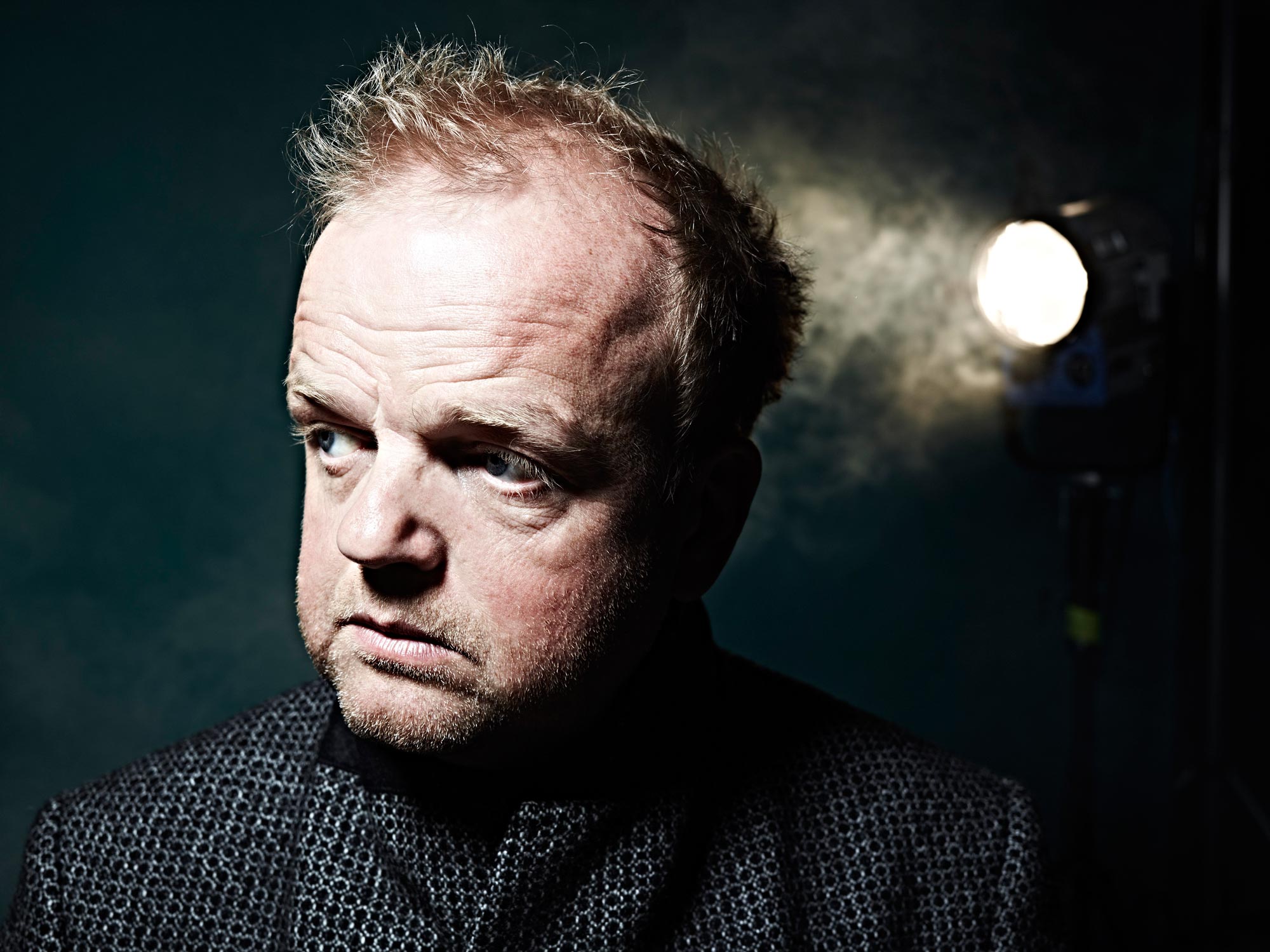 “They needed someone to play a fan,” he recalls. “They were worried; when Hugh Grant spills orange juice over Julia Roberts, would she go back to his house? In the edit, they thought it was fine, but on the day they invented this character called The Pestering Fan, who recognised her at the same time. I thought about it a lot in the months afterwards. Would I always be playing The Pestering Fans, not even being given a name?”

“This all happened at a crossroads,” he continues. “Literally at a crossroads, where Westbourne Park Road meets Portobello Road. I was at something of a crossroads in my life too, because I was looking for a flat, looking to establish myself, and I used to go to a cafe at that very crossroads. So there were enough things to start obsessing about.”

Enough, certainly, to give Jones material for a one-man show in which he talked about the bizarre feeling of being edited out of his own life. Now, though, he has put all that behind him, moving on to bigger films with bigger premieres and ever more ballyhoo.

“I’ve noticed that even that stuff has become industrialised these days. You make the film, market the film, you do the red carpet, and the red carpet is like a conveyor belt that actors pass down. The whole thing is so unglamorous, it couldn’t be less glamorous.”

So what is glamorous?

“The glamour has always been, for me, the adventure of not knowing where you’re going next, and the people you meet. You meet people,” he grins, perhaps thinking of Peter Strickland and his Transylvanian exploits, perhaps thinking of David Lynch and his campaigning cow, “Who are obsessive.”

And if it results in more films like Berberian Sound Studio, that can only be a good thing. 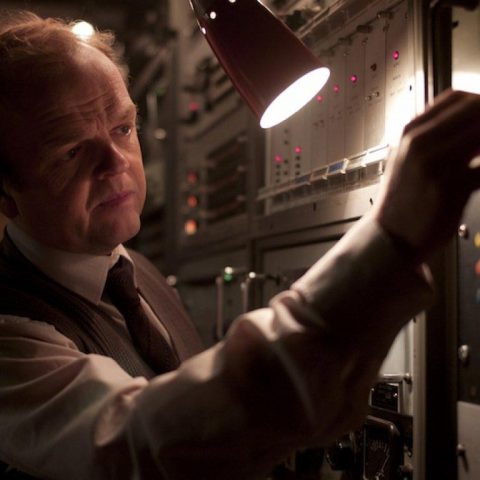