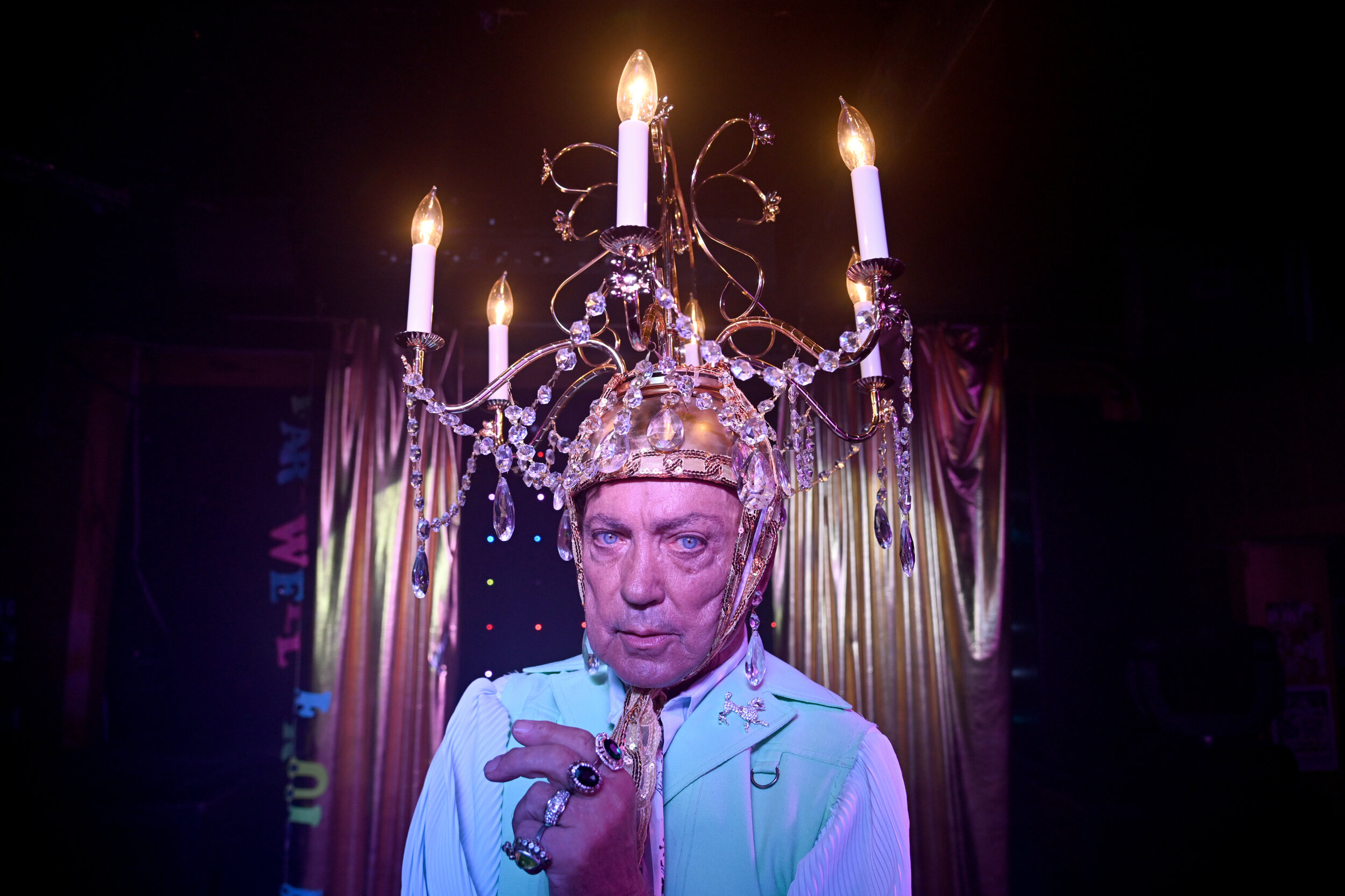 Despite the title, Todd Stephens’ life-affirming Swan Song is more like a comeback than a last hurrah. The filmmaker behind Gypsy 83 and Another Gay Movie hadn’t made a movie since 2008. “I didn’t know what I wanted to say,” he admits. “That’s almost the hardest thing, as a writer-director. It’s so hard to make films that you better really believe in what you’re doing. Because it’s like a five year commitment of your life. I just lost my way a little bit. Just like Pat.”

‘Pat’ is Pat Pitsenbarger, the main character in Swan Song, played by the irrepressible Udo Kier – a once-flamboyant hairdresser now living out his final days in a nursing home. But he was also a real person, from Sandusky, the small Ohio town where Stephens grew up. Like Kier’s character in the film, he didn’t give a fig what anyone thought of his sexuality. “I would see Mr. Pat walking around and I related to him a lot.”

Stephens, who is gay, never really knew Pat, but just his presence in a conservative town like Sandusky was enough.  “I was just a little boy when I first started seeing him. So I would have been too shy to talk to him. But when I first got up the nerve to go to our queer bar, which is called The Universal Fruit and Nut Company, Mr. Pat was there and I was like, ‘Oh!’ It all kind of connected.”

He knew then that one day he wanted pay homage. In the film, Pitsenbarger is asked to tend to a late client, who’s last will and testament stipulates she wants her former hairdresser to style her for the funeral. And so he returns to his old stomping ground to find things have changed. Partly, Stephens felt like the film could be a lament for the gay scene of old.

“In America, small town gay bars are all becoming extinct. In large part, because it’s more acceptable to be gay in a small town and be yourself. Back when I was growing up, to dance with my boyfriend or hold his hands, you had to be in a queer safe space or you’d get the shit kicked out of you. Now people can be themselves in McDonald’s!” While this is a positive sign, Stephens adds, “Is that okay for queer safe spaces to be completely extinct? I think it’s an interesting question to ask.”

When Stephens thought about casting, he initially considered Gene Wilder (who died in 2016, which shows just how long he’s been trying to get Swan Song made). “My casting director suggested Udo and I was like, ‘You mean the German villain guy?’” Kier is one of those actors whose career goes from the grindhouse to the arthouse – from his Führer in the Iron Sky series to films for Lars von Trier, Werner Herzog, and Gus Van Sant. “It took like a little bit of a leap of faith to recast Udo in a different light.”

“I got this script. I read the script twice, and I liked it,” says Kier, who met with Stephens in his home in Palm Springs. “We had a good afternoon. And I said, ‘I do the film’. For me, the film was important.” Why? “Because Pat, he goes back in his past, and he realises that everything has changed. That was, for me, the important thing.” Kier, also openly gay, grew up in a time in Germany when a law, dubbed ‘Paragraph 175’, made it illegal for homosexual acts to be committed. Around 140,000 men were convicted under the ruling.

For Kier, who looks utterly fabulous in a mint-green safari suit and wide-brimmed purple hat in the film, it’s brought him an acclaimed lead late in his career, with Best Actor prizes at festivals in Dublin and Monte Carlo. The film also gained two Independent Spirit Award nominations – impressive for a low-budget indie initially funded via Kickstarter.

Now Stephens is working on a mini-series about a Florida gay retirement home. “I love the conversation between generations…that have so much in common, but in a way don’t understand each other at all,” he says. Also working as a film professor, “I find that a lot of my queer students don’t even know their history. They don’t even know what AIDS was or have any clue that it decimated their elders. It decimated a whole generation of their elders. And so I believe you should know your history.”